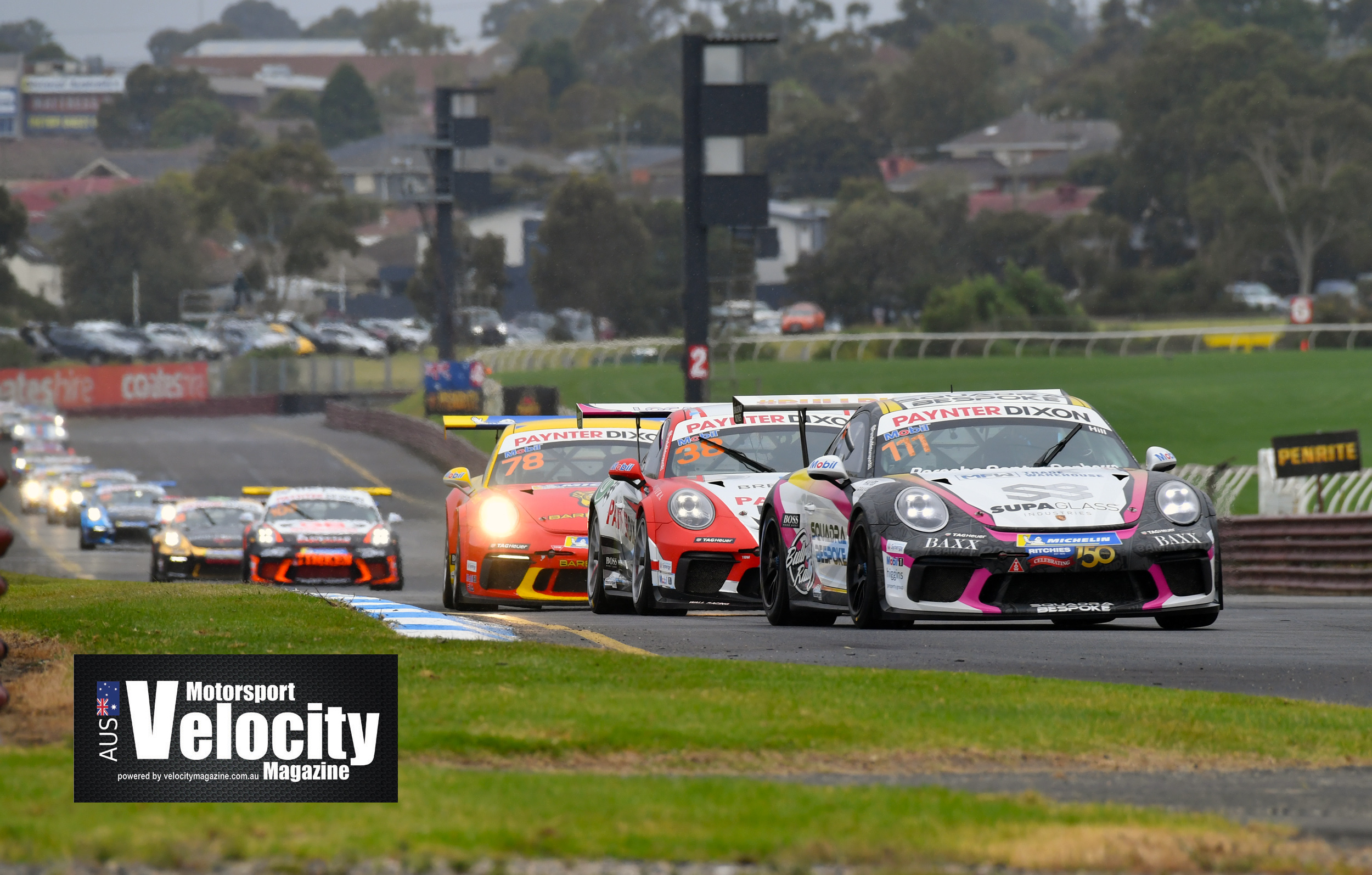 Cameron Hill has picked up a second place and two race wins on route to claiming the opening round win in the 2021 Porsche Paynter Dixon Carrera Cup season, amongst challenging Sunday conditions where rain came and went throughout the day.

After picking up a second place finish in Saturday’s only race, Hill started on the front row of the grid for second race of the weekend which also served as the first Enduro Cup race of the year. Hill led the race early on after nailing the launch from the line, however, was untimely in losing the lead right before a Safety Car intervention.

Hill was able to shadow the race leader after the restart for the bulk of the race before making his move with just a few laps remaining, retaking the lead and quickly opening a gap of 2.4 seconds by the chequered flag.

“I was really happy with my start, but it was tricky being the pioneer in the wet conditions especially as it was my first wet Carrera Cup race. Fortunately, at this point I’ve got a fair bit of experience in this car and I was able to adapt pretty well and being a longer race gave me time to hunt down that lead again,” said Hill.

Race three of the weekend was run in damp conditions, following race two’s completely wet track, with all competitors on slick tyres in the treacherous weather. Hill made the most of pole position and used the clean air to his advantage, picking his racing line carefully to maximise the grip and maintain heat in his tyres on his way to another race win.

“There was a lot of question marks in the garage before that last race, we were unsure what was going to happen in terms of weather and if we’d need to all come in and grab wet tyres. It was really tricky out there, so a lot of the experienced guys filtered to the front.”

“I had a 7-time Bathurst winner, in Craig Lowndes, behind me for a while which was pretty cool. It’s not every day that happens, he certainly showed his experience, getting to the front and putting the pressure on but I felt quite comfortable behind the wheel.”

“We picked up the shortened round win at the Australian Grand Prix last year, so it’s great to go back-to-back despite that really long break and to do it this time over the whole weekend is awesome,” concluded Hill.

Round two of the Porsche Paynter Dixon Carrera Cup takes places from May 8-9 at The Bend.