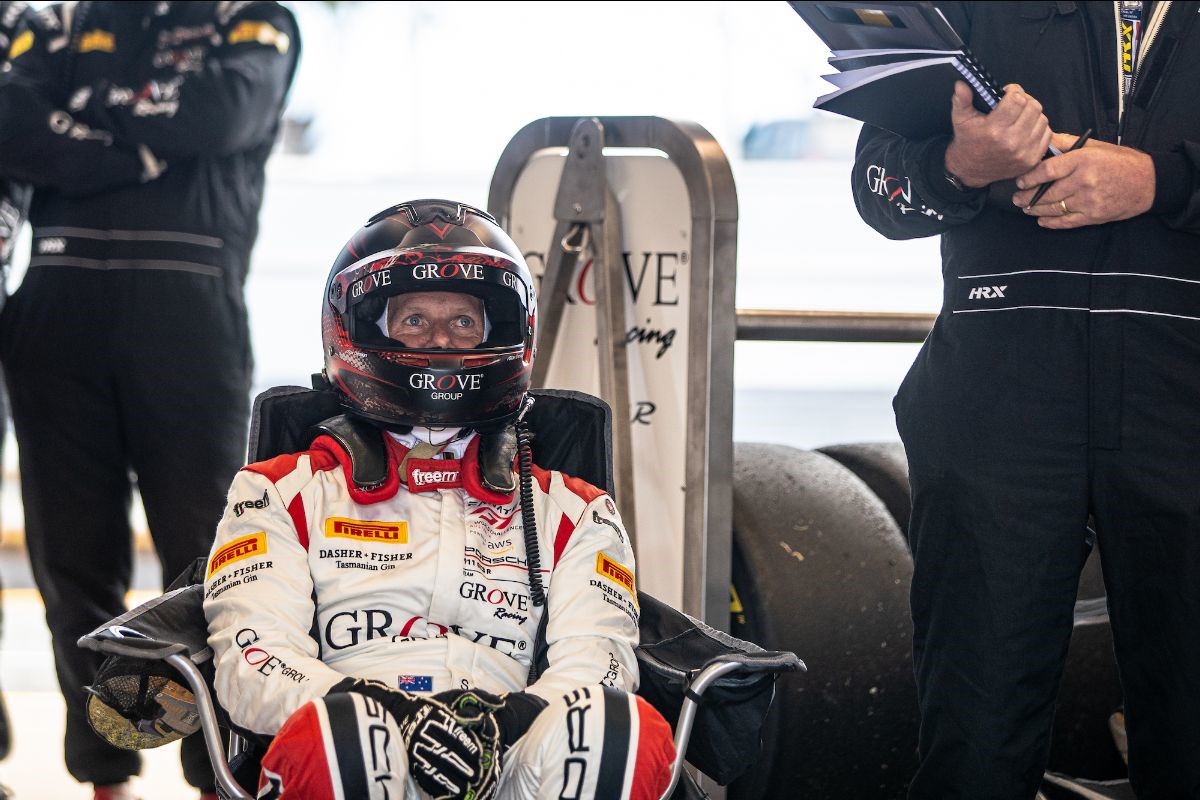 Stephen Grove will be back behind the wheel of a race car this weekend for the opening round of Porsche Paynter Dixon Carrera Cup Australia at Sandown International Raceway.

Fresh from debut in Fanatec GT World Challenge Australia Powered by AWS at Phillip Island, where Stephen and son Brenton Grove scored a podium result on Sunday, the team is back in action again over March 20-21.

This time Grove Motorsport will be running Stephen’s Porsche 911 GT3 Cup car at Sandown in the South East of Melbourne.

Grove returns to the series this weekend in the Morris Finance Pro-Am class where he is no short on seat time ahead of a busy event at the 3.1km, 13-turn circuit.

The three-time class champion’s Carrera Cup car will feature an identical livery to the team’s Porsche 911 GT3 R that is competing in the full GT World Challenge Australia season.

It means primary backing from the Grove Group will continue as well as sporting the Dasher + Fisher logo on the eye-catching car.

Grove believes adapting to the Cup car will take some time over the weekend.

“Heading into the first round of the season is always exciting,” he explained.

“I spent a lot of time last weekend learning the GT3 R and setting that car up to be driven the way it needs to be driven, which is completely different to a Cup car.

“It’s going to be a big challenge to get up to speed quickly in the Cup car again; the Saturday is busy, we’ve got two practice sessions, qualifying and a race, which is a hectic schedule.

“It will be very important for me to get up to speed fast because they are completely different cars.”

A longer 30-lap race is scheduled for Sunday at 12:10 local time, followed by a standard 18-lap Race 3 later in the day.