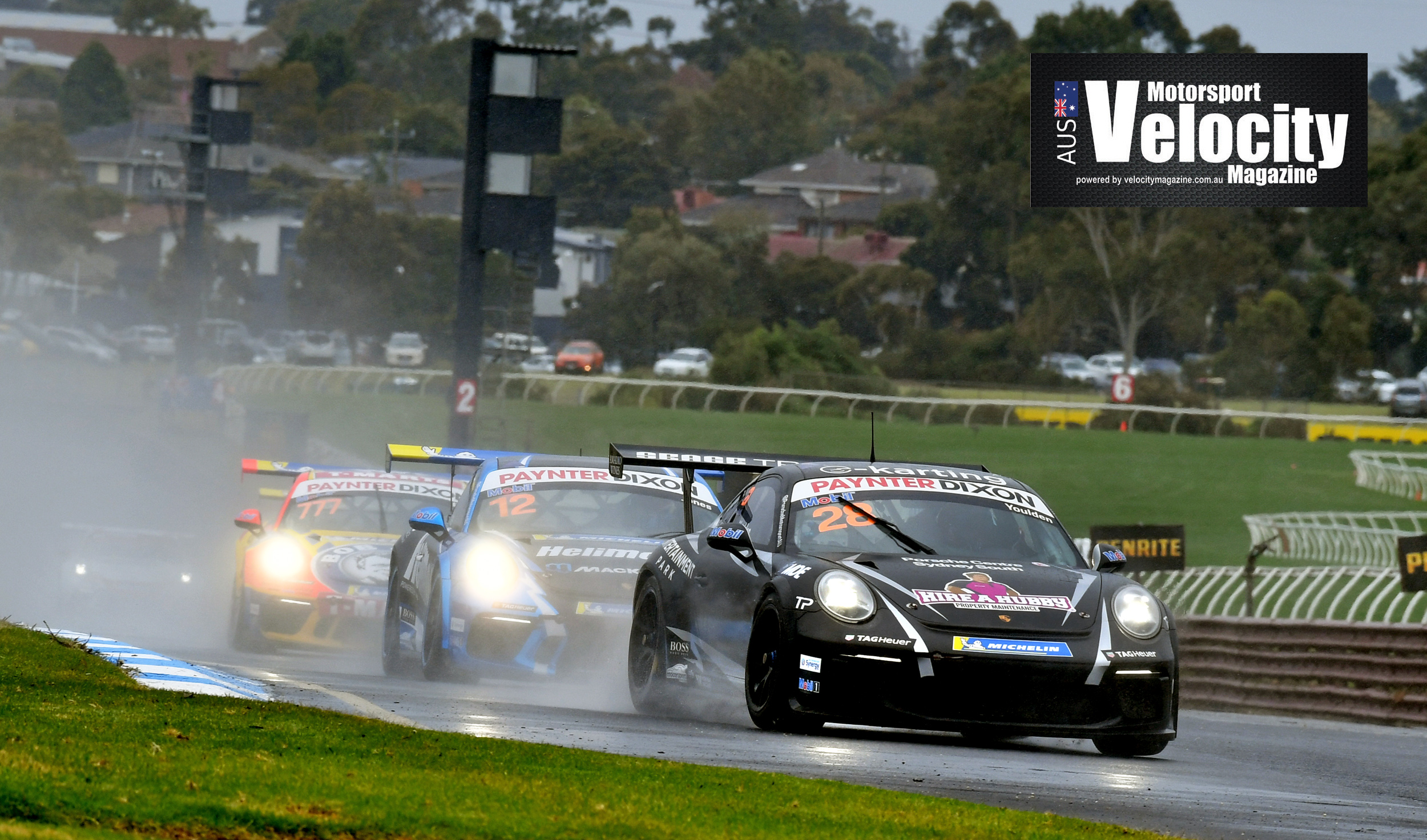 Luke Youlden has fought back inside the top 10 across Sunday’s two races following drama on Saturday to deliver a strong debut in the Porsche Carrera Cup for new outfit Tekworkx Motorsport.

Youlden qualified 12th on Saturday placing the Tekworkx racer right in the middle of the pack for race one. Rocks and debris from the cars around punctured the radiator on the Tekworkx car late in the race and forced the team into a retirement from the opening race.

“I feel we were probably better than what we looked in qualifying, the red flag hurt us a bit, I was on a much better lap when it came out. That lead to us being further back in the race, which lead to the debris and then the punctured radiator, so it all piled on from that red flag unfortunately,” said Youlden.

SEE ALL OUR SANDOWN PHOTOS HERE

“It was a pretty crazy schedule and there wasn’t a whole lot of time between sessions on Saturday, so the team didn’t get to much time to adapt, but I’m really happy with how everyone worked together and set the car up.”

Race two saw Youlden drive from 22nd on the grid all the way up to sixth position on an extremely wet track that saw plenty of other drivers come unstuck throughout the 27 lap race. Race three was held in slightly dryer conditions, albeit still damp and Youlden was hit by multiple cars which caused minor damage throughout the race as he held on to ninth.

“The Tekworkx car was really hooked up in the rain, and I was able to make some fantastic progress from the back of the grid. We would have preferred it to stay the same for race three, but it ended up being a lot more dryer and everyone was quite aggressive.”

“We got beat about a bit, the steering got bent one way by one car, then another car hit us and almost knocked it back into place, so it was a bit rough out there. I’m a little bit disappointed with ninth after that fightback in race two but I think after where we were after race one it’s a great result. First time out for the team in the series as well, going up against some big organisations I think they did a really good job and we should all be stronger at Tailem Bend,” concluded Youlden.

The next round of the Porsche Paynter Dixon Carrera Cup season will take place at The Bend from May 8-9.