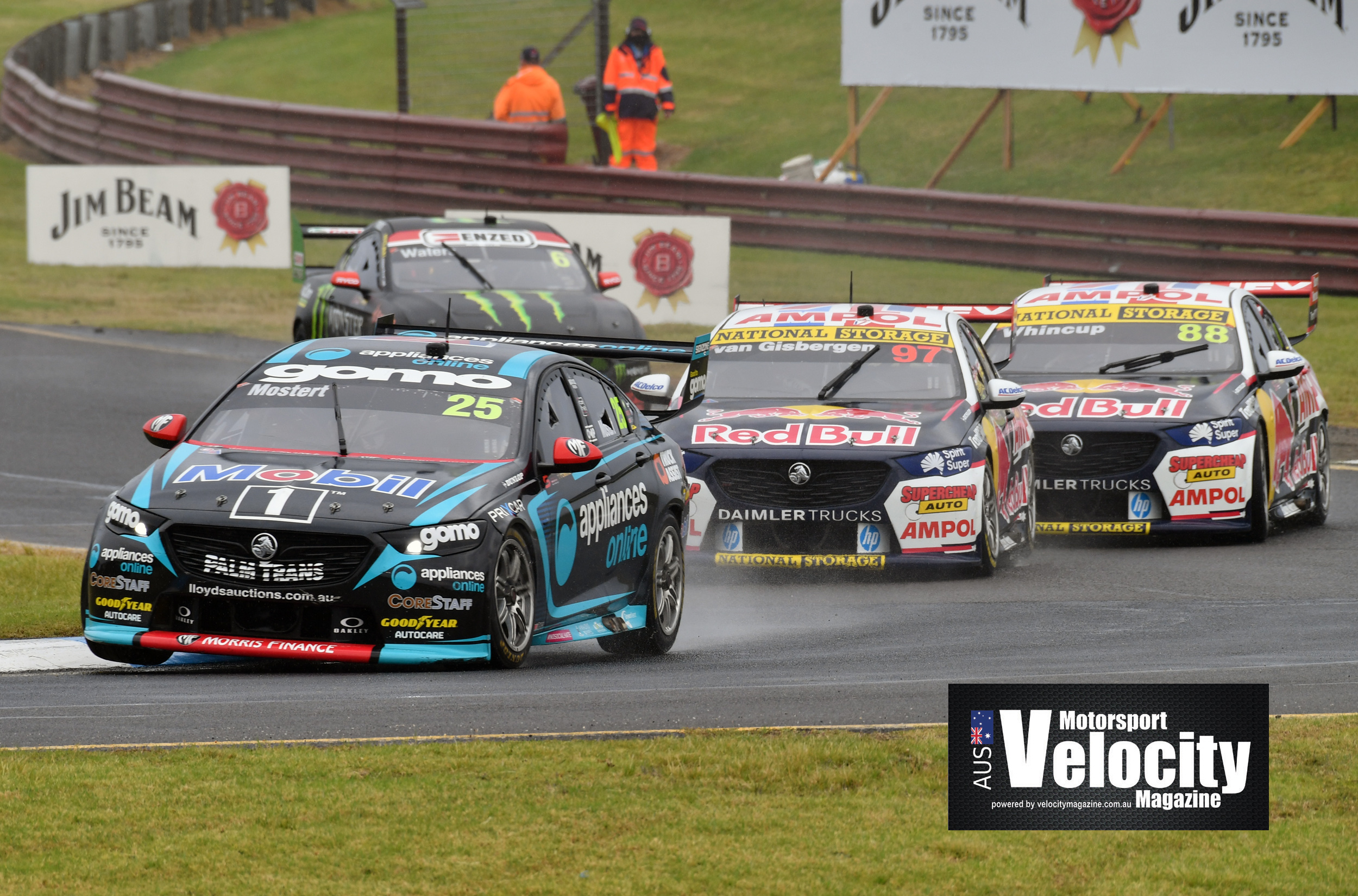 Well what a wild weekend that was. I was pretty excited to get back to Sandown, after all it had been 372 days since we raced in Victoria. And to leave the way we did, it’s a shame the way things turned out.

It was a funny ol’ day Saturday, definitely experienced the highs and lows of racing right there and then. I didn’t jump out of the gates that well, the car was okay but certainly not firing on track. We made a few changes before Quali and then bang! Made one lap stick and I was on pole for Race 3; who would have thought!

So off to the grid I went, all I needed was a good start and lead into Turn 1, and then the rest would follow. The lights went out and the start was pretty ordinary, with Cam passing me straight away and then JDub and Frosty followed from the second row.

SEE ALL OF OUR SANDOWN SUPERSPRINT PHOTOS HERE

Through the first few laps, I wasn’t having much fun trailing JDub ahead of me in P3, so the team opted to take a pit-stop early in the race so I could get some clean air and make up some ground. Once I had finished my stop, the 3 guys in front of me took theirs as well but they caught me, as did some of the other drivers, with some fresher tyres and I finished P6 which hurt big after starting on pole.

Full credit to SVG, that was one for the ages, might not see anything like that again.

Qualified in P3 & P9 for the races on Sunday. When the sessions are only 10 minutes long, there’s not much of a gap to get a flyer in, especially if you find traffic on a wet track!

Race 4 fired up and it felt like a battle for the whole race, first with SVG and then with Cam. There was definitely some big moments in there! I lead the race early which was promising, a couple of back and forth exchanges between SVG and I was entertaining, but frustrating not to keep the #25 up the front.

After the stop, I had no temperature in the tyres and Cam was able to squeeze his way through.  Once that happened, the battle begun. I love tapped Cam a little on Turn 1 and he had a moment so I re-addressed and he kept his position, but I dropped to P4 and finished there.

Not much you can say about Race 5. From the get-go, it was busy through the first few turns and it certainly didn’t help that I went off during the opening lap as well. After we pitted, it wasn’t long before the throttle cable broke and that was it, that’s all she wrote.

A bit of a weird weekend in the end, looking forward to re-grouping and heading to Tasmania in a few weeks time.

See you then, Mozzie.