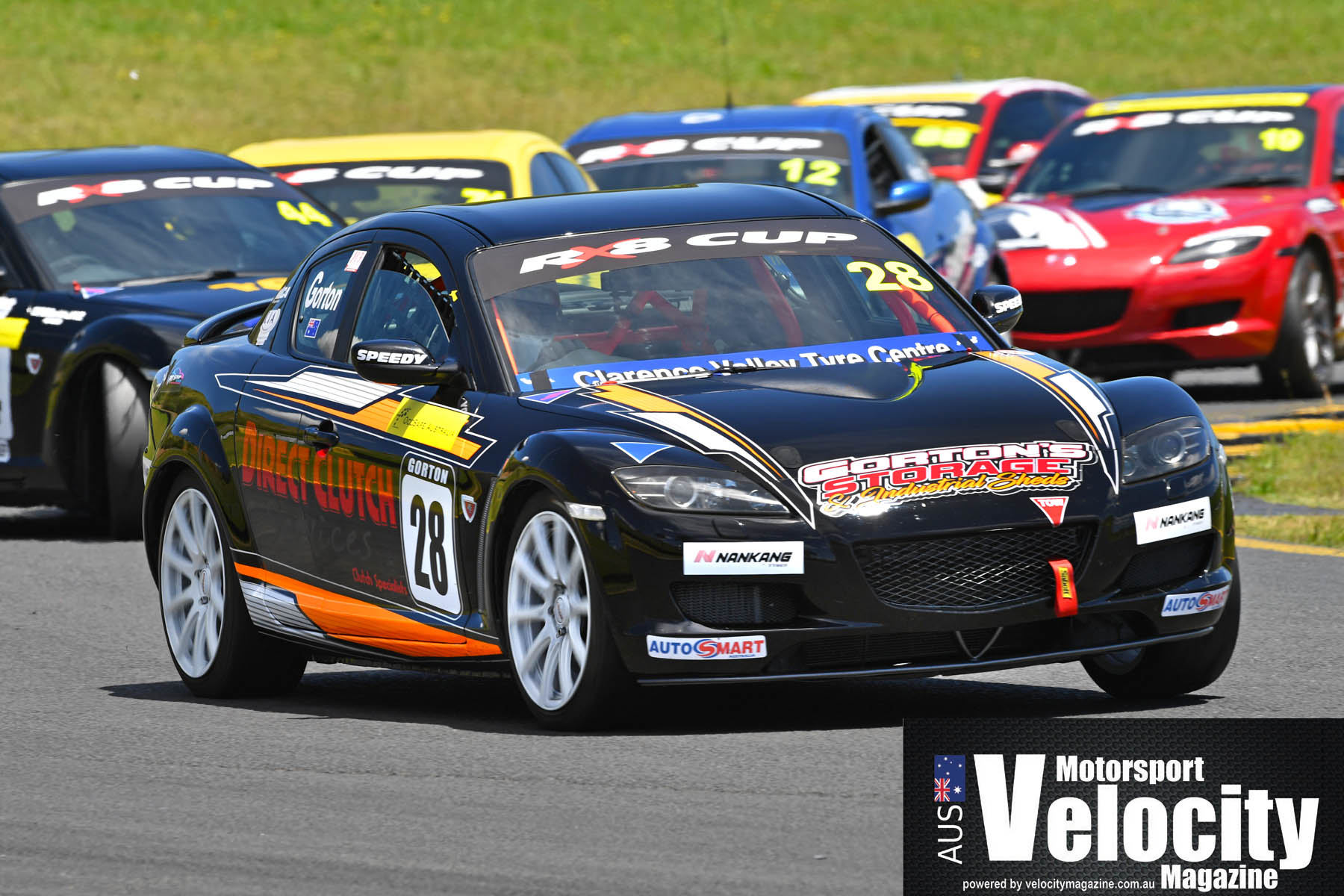 The 2021 RX8 Cup Championship Calendar has been released, and the series is delighted to announce OccSafe Australia as a major sponsor.

The 2021 RX8 Cup makes its long-awaited return to Wakefield Park for round 1 on the 27th and 28th of February. The National Championship will be contested over 6 rounds, this year kicking off at the country NSW track and taking in rounds in Queensland and the iconic Phillip Island Circuit.

Great news for the series is that OccSafe Australia will be a major sponsor for the series.  This is hoped to be part of a long-term relationship. Series creator Ric Shaw said “I am delighted to announce that OccSafe Australia with be a major sponsor for 2021. Malcolm Burgin, managing director of OccSafe Australia has had a long-time commitment to grass roots motorsport and we are thrilled to continue this journey together”, Ric went on to say “The RX8 Cup is the perfect platform for sponsors who look to be leaders in their field and be part of a winning formula”.

The 2020 season saw a changing of the guard for RX8 Cup. As some of the new and younger competitors pushing their way up the grid, proving that youth can win out over experience.

Last year’s series was won in spectacular fashion by rookie racer, and RX8 new comer, Ryan Gorton (Gorton Racing Team) who put in a remarkable effort win 4 of the 5 rounds. Ryan with the number 1 on his car is looking to defend his title in 2021. Justin Barnes (Justin Time Auto Glass) showed experience and skill to take second place. Third for 2020 was Steven Devjak (Pit Stop Kababs) in his first full season in an RX8 Cup car.

Returning for 2021 is Race Chix Motorsport Ambassador Maise Place, we are sure Masie will continue her climb up the grid chasing consistent top ten finishes. Making it a family affair will be the South Eastern Quarry and Landscaping competitor Brien Place who is expected to join in for select rounds.

Jackson Noakes will be pushing for podiums in 2021 after an impressive 4th finish outright in his first year of RX8 Cup racing. As too is the OccSafe Australia supported Aiden Riley looking to improve on his 5th position overall for last year.

There are a number of new competitors stepping up to rotary racing in 2021. Including Marcus La Delle who drove a V8 Falcon for Dick Johnson Racing in the Fujitsu series. Amongst others joining the grid this year is Nick Burke, a highly accomplished New Zealand Superbike competitor making his jump from 2 wheels to 4.

Series creator and category manager Ric Shaw said “Now in its 5th year, RX8 Cup proves to be one of the fastest and most reliable one car championships in Australia.    We are regularly seeing RX8 Cup cars with lap times in the 1:08’s at Wakefield Park and a 1:48 dead at Sydney Motorsport Park which is a testament to the Nankang control tyre on what is a stock standard road going RX8 car with only minor improvements.” When asked why RX8 Cup is such a success – Ric went on to indicate “it is a series created by racers for racers, the emphasise is on simple rules with limited modification in a truly exciting car to drive – the RX8. The cars are cheap to build, cheap to run – but yet the category brings professionalism and fun to motorsport”

The only remaining question is who will bring home the RX8 Cup in 2021!