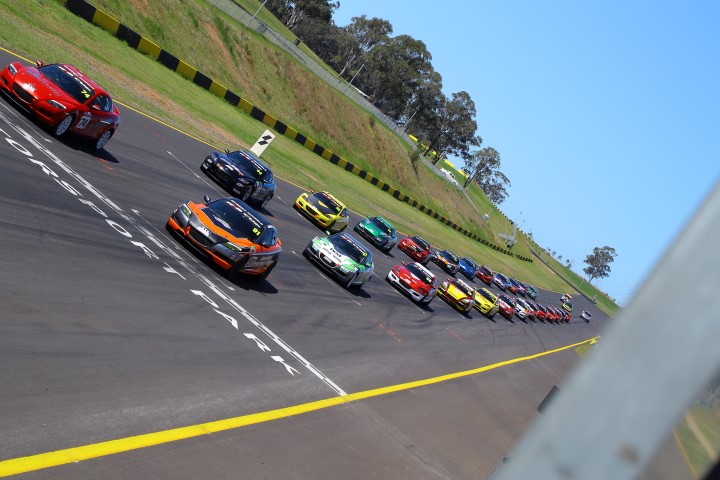 The 2020 RX8 Cup makes its long-awaited return to Sydney Motorsport Park for round 2 on the 1st and 2nd of August.

A huge field of 24 cars has entered for this round with the return of some familiar names and some new faces trying out the awesome RX8 for the first time.

The opening round was taken out by rookie racer and RX8 new comer Ryan Gorton (Gorton Racing Team) who put in a remarkable effort to take pole and three wins from the four races. There was a strong showing from Matthew Butters (Butters Motorsport) who made the trip up the Hume Highway from Melbourne to take second place. Justin Barnes (Justin Time Auto Glass) showed experience and skill to take third place.

As our attention turns to round two at Sydney Motorsport the top three from round one will all line up to battle it out again. Highlighting the growth of the category the RX8 Cup category will be joined by six competitors having their first taste of RX8 Cup racing.  Brand new to the series is Mark Alder, Gavin Furner and Mark Wilks all will be mixing it with the established competitors. 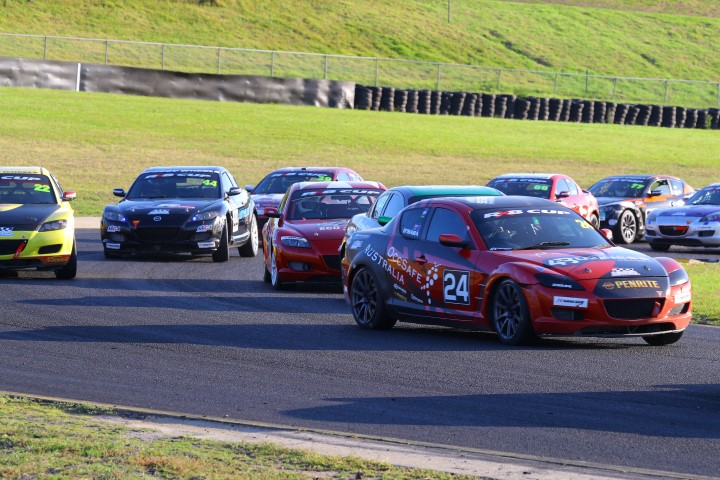 New to the category (and to rotary engine racing) will be long time competitors Richard Mork and Bill Harris. Both have sworn blind, in the past, that they would never set foot in a rotary race car – but now they have turned to the dark side! The awesome performance and speed of a rotary has finally proved too tempting!

With the addition of Bill Harris to the grid means that it will again be a father and son event with Brad Harris building a new car over the break to join the grid.

Also making it a family affair will be the South Eastern Quarry and Landscaping team of Masie and Brien Place. Masie will be back after her best and most consistent showing at Wakefield Park, on the fringe of the top ten and improving all the time. Brien will have his first outing driving a Ric Shaw Performance prepared machine.

Many of the recognised competitors return for round two with, Aiden Riley positioned well after finishing fourth – his best finish to date in RX8 Cup. Much is expected of Lachlan O’Hara at this round, he sits in sixth position after round one.

Jason Gawler, Elliot Malouf and Andrew O’Keefe will all battle it out in the mid pack.

Returning from last year are Shannon McLaine, Nandi Kiss. Both are expected to be fast and in the mix for podium places come Sunday afternoon.

Jackson Noakes and Jack Pennacchia – are hopping for better runs after their first round outings. Jackson’s weekend finished early due to a racing incident and Jack experienced some mechanical gremlins with a brand new car – but had a good outing for the final race of the day. 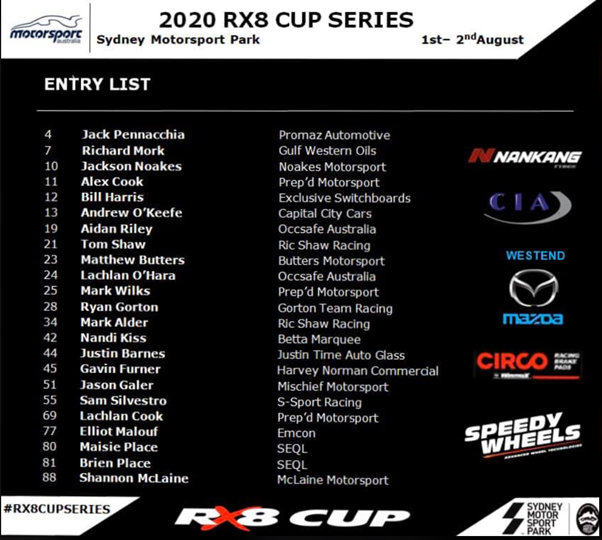 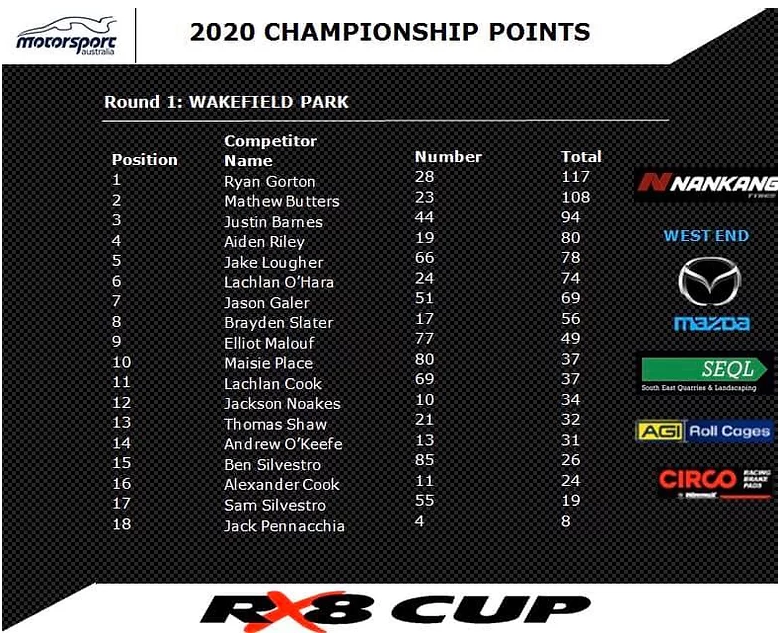