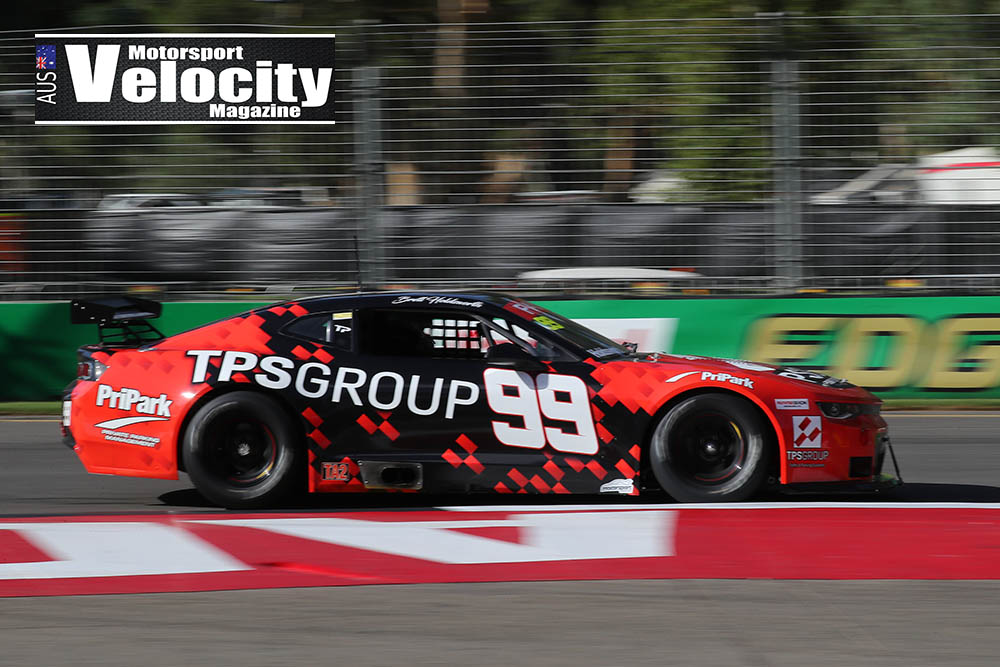 Brett Holdsworth has confirmed a full season assault on the national Trans Am Series aboard his TPS Racing Camaro, beginning with the twin-event Boost Mobile Race Tasmania that kicks off at Symmons Plains this Sunday.

The elder of the Holdsworth brothers contested the opening round of the 2020 Trans Am Series at the Adelaide 500. Despite having not raced at a national level for some nine years, Holdsworth was immediately on the pace, chalking up a pair of second-place finishes.

While last season was cut short thanks to COVID-19, a recent test session in Tasmania has enthused Holdsworth for the start of his 2021 campaign.

“Before Christmas, I went down to Tasmania and tested at both Symmons Plains and Baskerville, with my team mate and fellow Commodore Cup champion Tim Shaw,” Holdsworth said.

“I hadn’t raced at Symmons Plains since 2007 and it was the first time I had ever been to Baskerville, so it was a good opportunity to acquaint myself with the two tracks and dial myself back into the car.

“The Trans Am cars will be awesome at Symmons Plains, because the big braking zones will create some great overtaking opportunities.

Baskerville is like a combination between Lakeside and Wakefield Park; it has some elevation changes, a few technical corners and some higher-speed sections. We expect tyre degradation to be a factor.”

Brett’s younger brother, Lee Holdsworth, was recently announced as a driver in the TCR Australia Series. Like the Trans Am Series, the TCR category falls under the auspices of the Australian Racing Group (ARG), meaning the brothers will be competing at many of the same events.

“Lee and I grew up racing alongside one another, in karts and Commodore Cup – we always did it as a family. It will be nice to travel to race meetings together and create that friendly, fun atmosphere again,” Holdsworth said.

“I’ll also be tapping into Lee’s brain throughout the season – with all his professional racing experience, there’s a lot I can learn from him.”

This year’s Trans Am Series will feature extensive live and free-to-air coverage on Channel 7, something Holdsworth says will generate brand awareness for his TPS (Traffic and Parking Systems) business.

“TPS provides infrastructure for carparks all over Australia, so the Trans Am Series is a valuable platform to generate exposure for our brand across the country,” Holdsworth said.

All three races will be shown live on 7MATE, while qualifying will also be live streamed on 7PLUS.