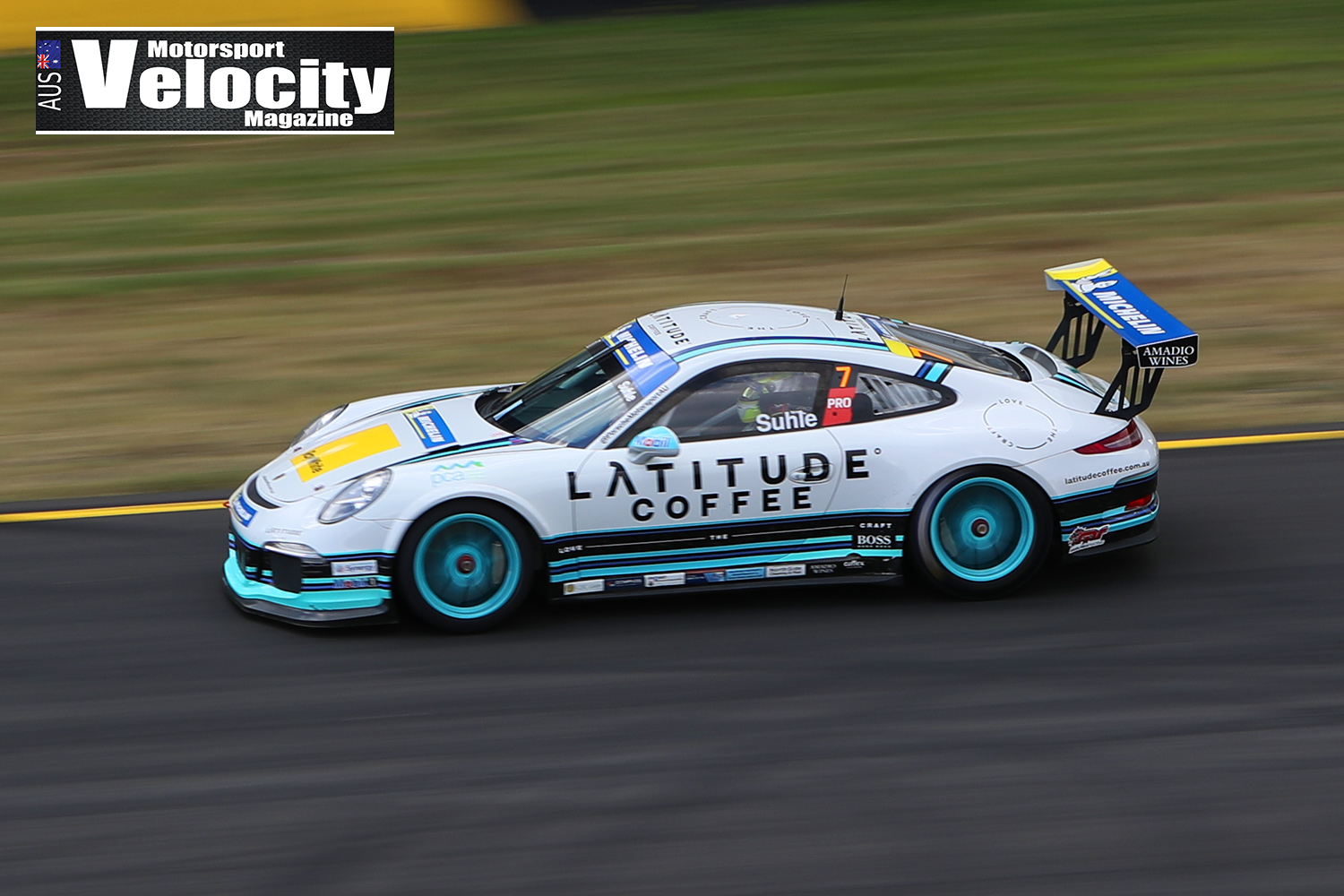 In contrast to the wet and wild conditions of Round 1, the pace in each Friday’s three sessions was very quick, due in part to the near perfect weather and the added grip from Sydney Motorsport Park’s newly resurfaced turns two and three.

Practice 2 lap times as a result saw the front four cars all drop under the existing race lap record of 1m30.869s, currently held by none other than Jaxon Evans in a 997 generation 911 GT3 Cup car in 2016.

But as the 21 Porsche 911 GT3 Cup car field ventured out for the first lap of qualifying under lights, Tom Taplin was caught out, spinning on cold tyres and making contact with the safety barriers. The session was red flagged and after a delay it was the turn of Sam Shahin to bring out a second red flag for the session.

With only 3 minutes remaining, Suhle made the most of the second restart to claim pole from team mate Christian Pancione by 0.4 secs, the largest margin between the whole day. The pace of the McElrea Racing front pair throughout Friday will serve as an ominous sign for the chasing Mobil Pro field as McElrea drivers have taken the last two round wins at the circuit with Jimmy Vernon victorious in 2018 and Harri Jones in 2019.

While Suhle had trailed Pancione in the days first two sessions, the latter’s improvement and pace in both Porsche Michelin Sprint Challenge and Porsche Paynter Dixon Carrera Cup Australia has been impressive to watch so far this year and the VCM Performance driver has gone from strength-to-strength since joining the McELrea squad from Ash Seward Motorsport.

Keeping them honest in tomorrow’s first race will be Porsche Team New Zealand driver, Callum Hedge, and the youngest addition to the McElrea team, Bayley Hall. The two Michelin Juniors continuing to impress in their debut season along with Courtney Prince.