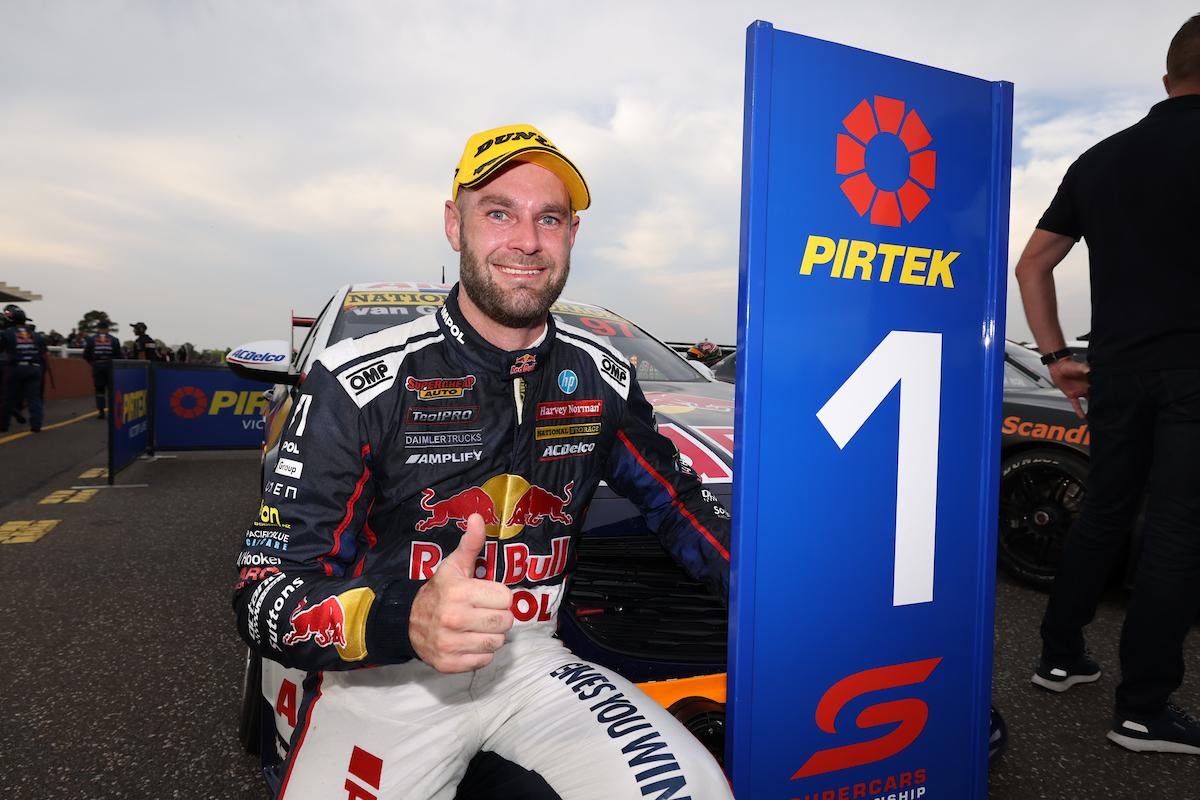 Van Gisbergen’s 43rd career victory, recorded after a brilliant charge from the ninth row, was the lowest for a sprint race winner at the historic Melbourne venue.

Norm Beechey won the 1965 ATCC at Sandown from 14th on the grid in the first year the Victorian circuit hosted the championship.

Over half a century on, the Red Bull Ampol Racing driver, who entered the weekend battling a collarbone injury, lowered the mark to add to a long list of remarkable down-the-grid victories.

He had previously won from 12th on the grid twice; in Darwin in 2011, and in Townsville last season.

Van Gisbergen’s other 41 career wins came from no lower than sixth on the grid, with the Kiwi winning 24 races from the front row.

“I was a bit annoyed with myself in qualifying, it was up to me and not my injury, and I just didn’t get it right,” he said.

“In the race, the car was awesome. I got a great start, a good first lap, worked hard to save my tyres and slowly picked off some of the drivers for position.

“The car at the very beginning wasn’t very good… it was very pushy with the rears, but then it got better.

“I managed to catch the guys at the font, but I think Chaz [Mostert] helped me a bit as he slowed everyone up, but I honestly didn’t expect that.

“I was a bit surprised and didn’t think our strategy would work for us, but we just had the speed in the end.

“It was a fun battle at the end where I managed to pull a big move on Chaz, although I didn’t think it was going to work considering we were three-wide, but it was pretty cool.

“I can’t thank the team enough as well, they’ve been bloody awesome this weekend.”

Van Gisbergen heads into Sunday with an extended 60-point over Mostert.