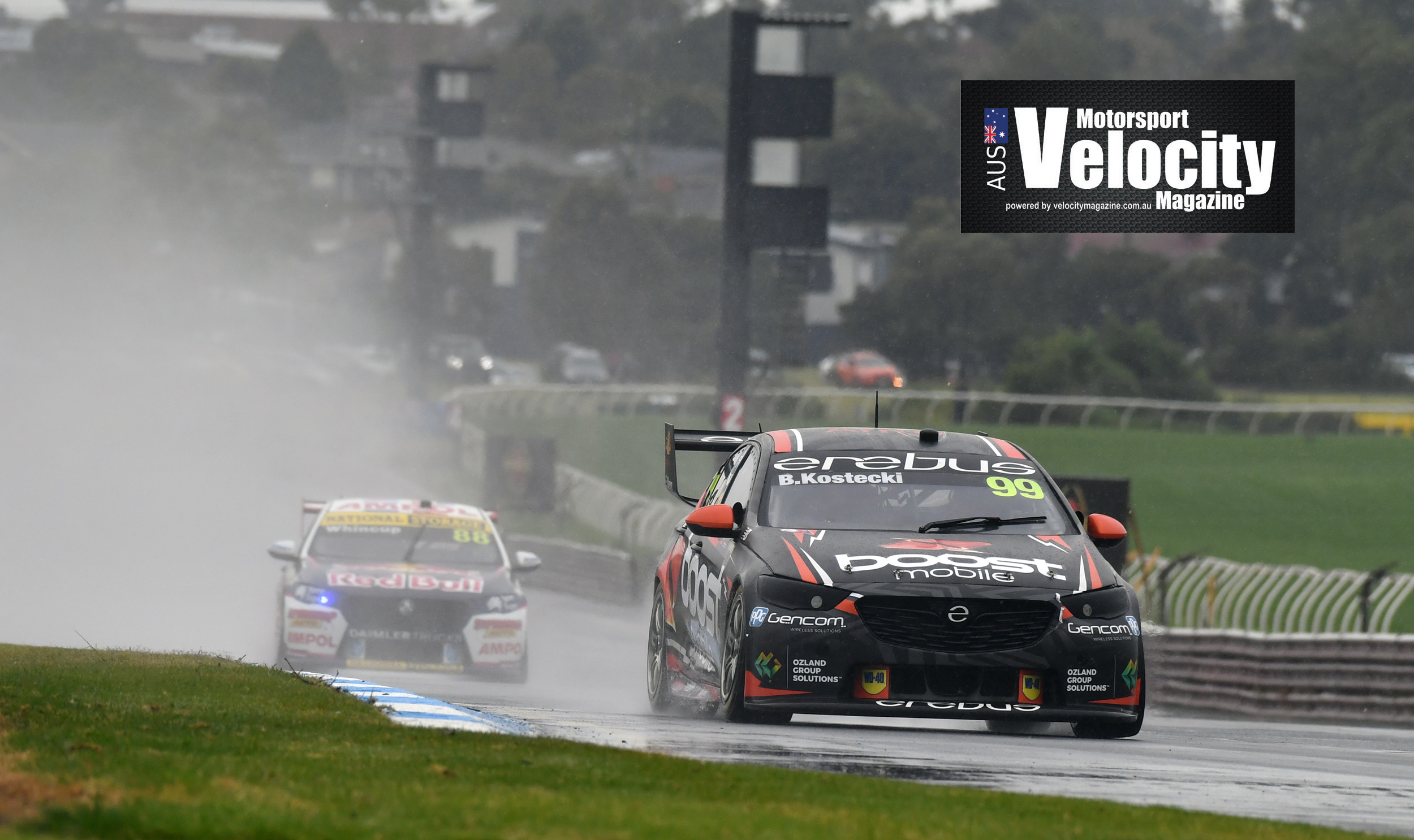 Teammate Will Brown also drove phenomenally to move up 12 spots to claim seventh in Race 5.

Race 4
It was a slippery start off the line for the day’s first race and while Will managed the conditions well from P17 and maintained position, Brodie was on a mission from P23 and pushed forward three spots before the end of the opening lap.

The #99 Holden continued to climb up to P12 before the end of lap three, when a Safety Car was deployed for Macauley Jones.

Racing resumed at the end of lap seven and while the pit stop window opened on lap nine, it wasn’t until lap 19 when Brodie took his stop. Will followed the next lap, and with drying track conditions, both drivers swapped from wet compounds to soft rubber.

Brodie was able to keep pushing to make it up ten spots from where he started before the finish line, ending P13, just ahead of Will in P16.

Race 5
Brodie turned around his worst qualifying effort to his best effort in the day’s second race to start seventh on the grid. Meanwhile, Will bettered his qualifying time by half a second, though it was only good enough for P19 on the grid.

The cars were lightning fast and by the second lap Brodie had grabbed three spots while Will moved up eleven spots from the start.

The Erebus Boost Mobile car completed the fastest lap of the race at that point before he got by seven-time Champion Jamie Whincup to take third. It was on lap ten though that Brodie cemented his position when he drove by David Reynolds down the straight.

Will made it to fifth while Brodie closed the gap to Shane van Gisbergen before making their compulsory pit stops. They were the last of the field to enter the lane, pitting on laps 32 and 34 for rears only.

Will re-joined in seventh for his best-finish, while Brodie drove on to take his first podium after an impressive 36 laps of racing.

The team now look to Tasmania for the next round in three weeks time.