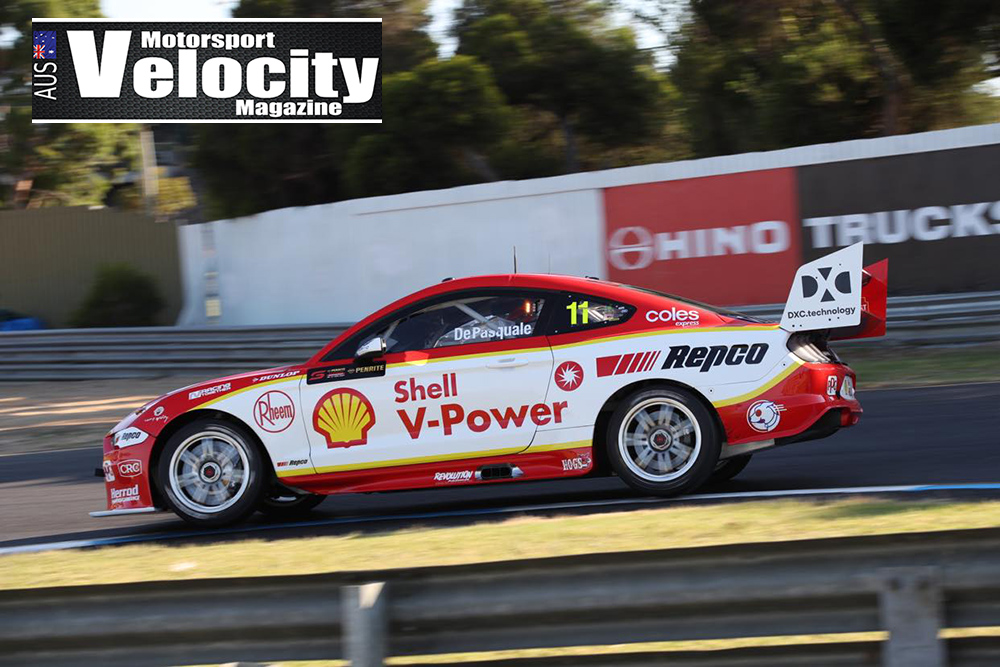 It was a fast and furious 36 lap sprint around Sandown Raceway for Race 3 of the Repco Supercars Championship. The Shell V-Power Racing Team were set for two top ten finishes until Will Davison was pushed from the track in the final laps of the race. Anton De Pasquale finished in P5 and Davison P22.

With the Sandown SuperSprint being just a two-day event, the on-track schedule was packed today with two practice sessions, a three-part qualifying and a race.

Both De Pasquale and Davison cruised through the knock-out qualifying sessions and positioned themselves in P6 and P8 for the afternoon’s race. With no fuels stops and only Dunlop soft tyre compounds allocated for the weekend, the team and drivers’ focus was tyre life.

Davison got a great start off the line and jumped up one place on the opening lap while De Pasquale held his place in P6. Just minutes into the race and two laps in, Fullwood found the wall on the exit of turn 4, triggering the safety car.

On alternate strategies, De Pasquale was the first Shell V-Power Racing Team driver to make his compulsory stop. He did this on lap 9 and took on two fresh rear tyres. 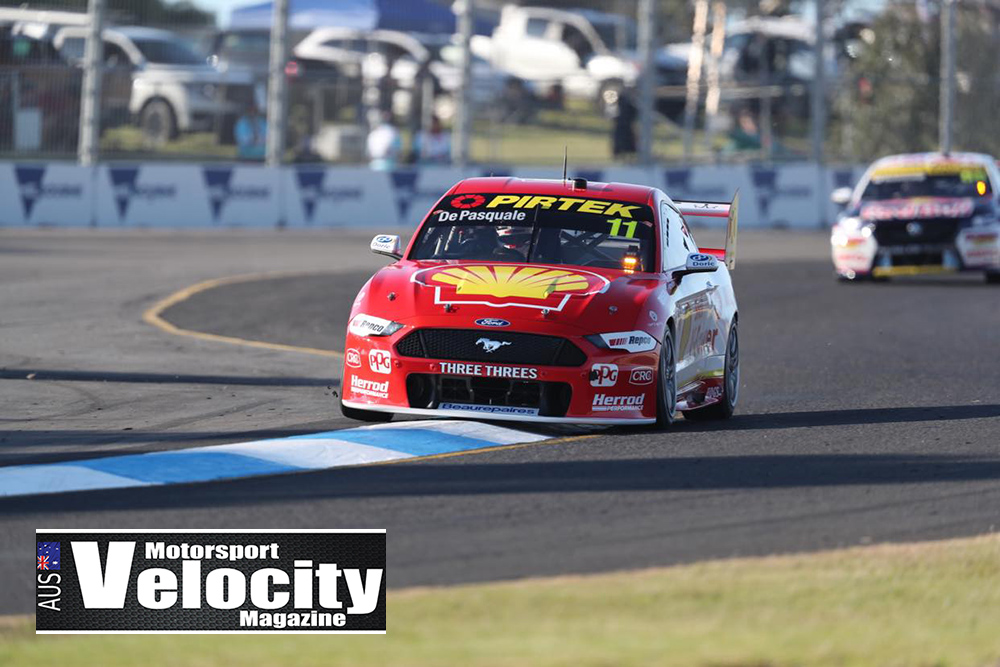 Davison’s engineer opted to run a long first stint so he had fresh rubber to make his move at the end of the race. The No. 17 Ford Mustang didn’t stop until lap 26.

It looked like the team was set for two top 10 finishes until Percat sent Davison into the dirt at turn 2 in the final stage of the race. With debris caught in the radiator air-intake, Davison was forced to pit for a second time as his car was overheating.

The crew did an incredible job to clear it and get Davison back out to finish the race. While he finished in P22, he was able to collect valuable Championship points. De Pasquale stormed home in P5.

Davison now sits 6th in the Repco Supercars Drivers’ Championship, while De Pasquale has jumped up to 11th.

“We finished today probably as good as we were going to get. Our car pace was about the fifth and sixth fastest, and we finished fifth.”

“We had a good day, and we keep improving bit-by-bit. We have a lot to look at tonight, so hopefully we can make the car faster tomorrow.”

“Everything today had gone to plan, and in the last part of the race, we were just starting to see the fruits of our strategy.”

“I was just coming home like a steam train and I got through Courtney and Heimgartner, but then Percat just ran me off at turn two. So it was very unfortunate.”

“Our strategy was based on coming home strong, and I had a huge tyre advantage on a lot of cars in front of me. So I was really excited about the last five or six laps. I think we could have made up another couple of positions.”

“It was pretty disappointing to be shunted off.”