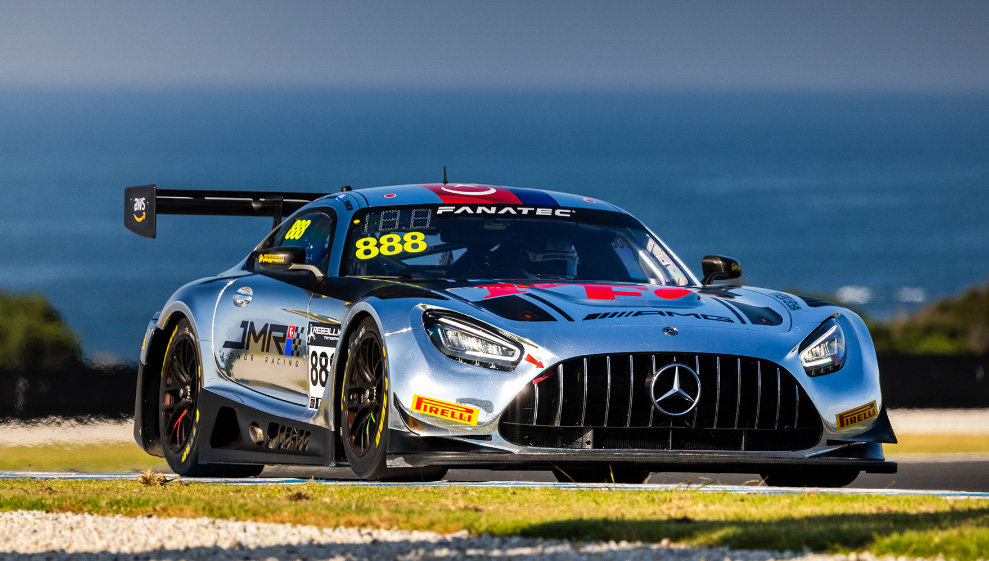 Teams rumbled onto the circuit for Practice 2 and with the track beginning to grip up through the day the lap times improved.

Leading the way for much of the session was the Triple Eight Race Engineering Mercedes-AMG GT3 Evo after Whincup laid down a 1:28.768s lap time mid-way through.

That was enough to go more than half a second faster than the benchmark from Practice 1 earlier on Friday.

Whincup’s time remained on the top of the timesheets through to the chequered flag, giving the Triple Eight squad confidence heading into qualifying in the car he shares with Prince Jeffri Ibrahim.

Brenton Grove put the Grove Motorsport Porsche 911 GT3 R in third on a 1:30.102s effort in the only car from the Stuttgart brand in the field. 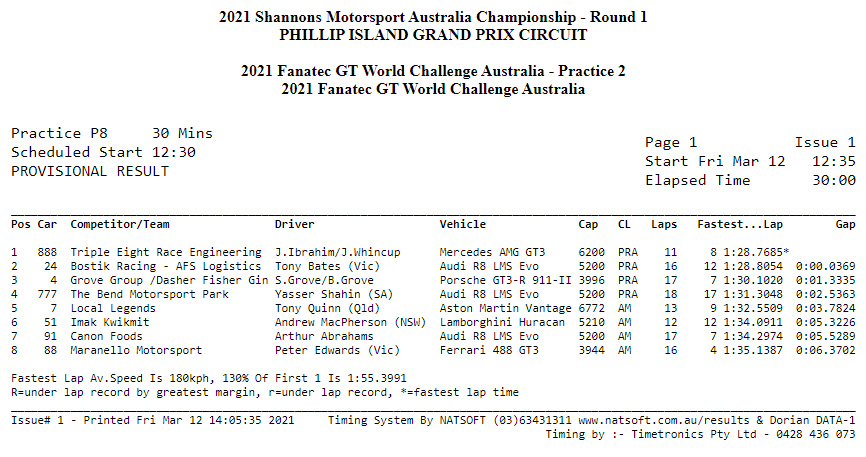 Teams will now prepare for a two-part qualifying, the first of which is scheduled to begin at 15:00 AEDT.