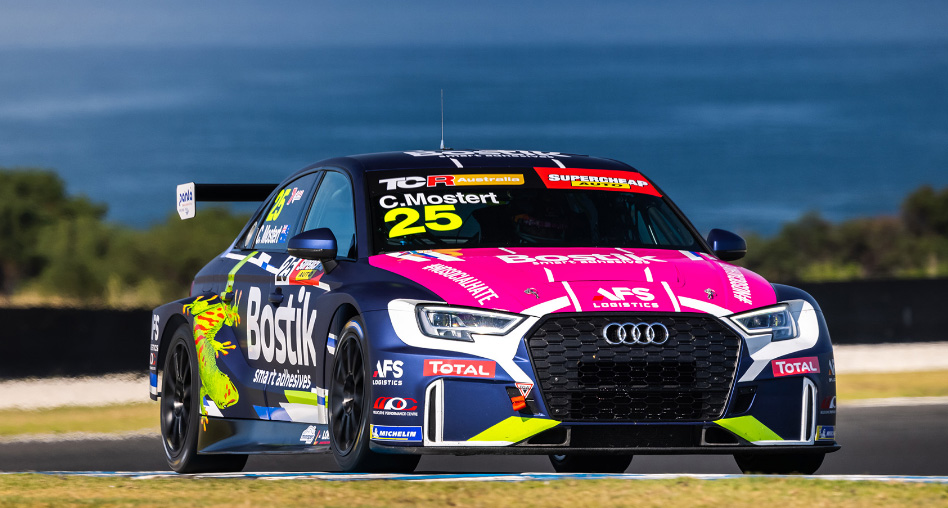 Mostert banked 1:36.900s lap time in his Audi RS3 to take him to the top in the closing stages, out-pacing the Hyundai i30N of Nathan Morcom by 0.7s.

The 25-minute session took place under clear blue skies at Phillip Island ahead of the second round of the action-packed series.

The top 10 was completed by Luke King in eighth, Cox and Ben Bargwanna. 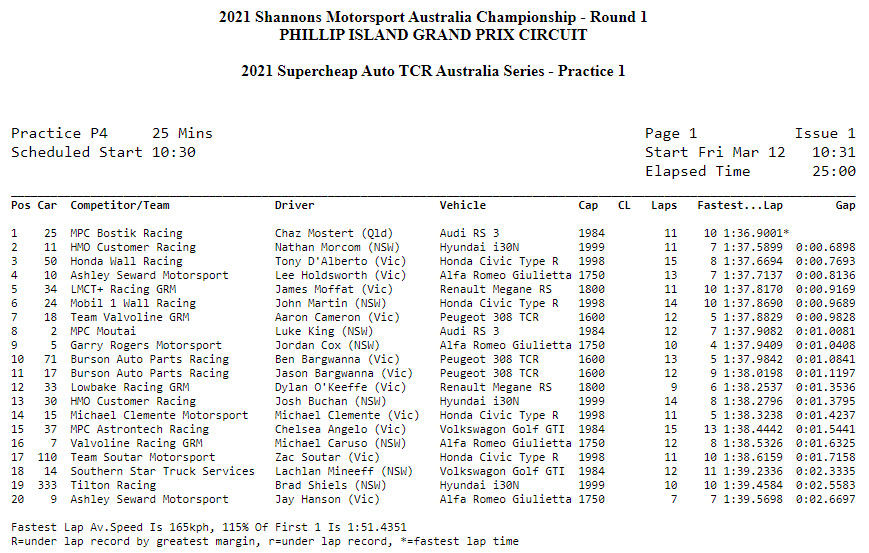 Practice 2 is scheduled to get underway at 14:00 AEDT.