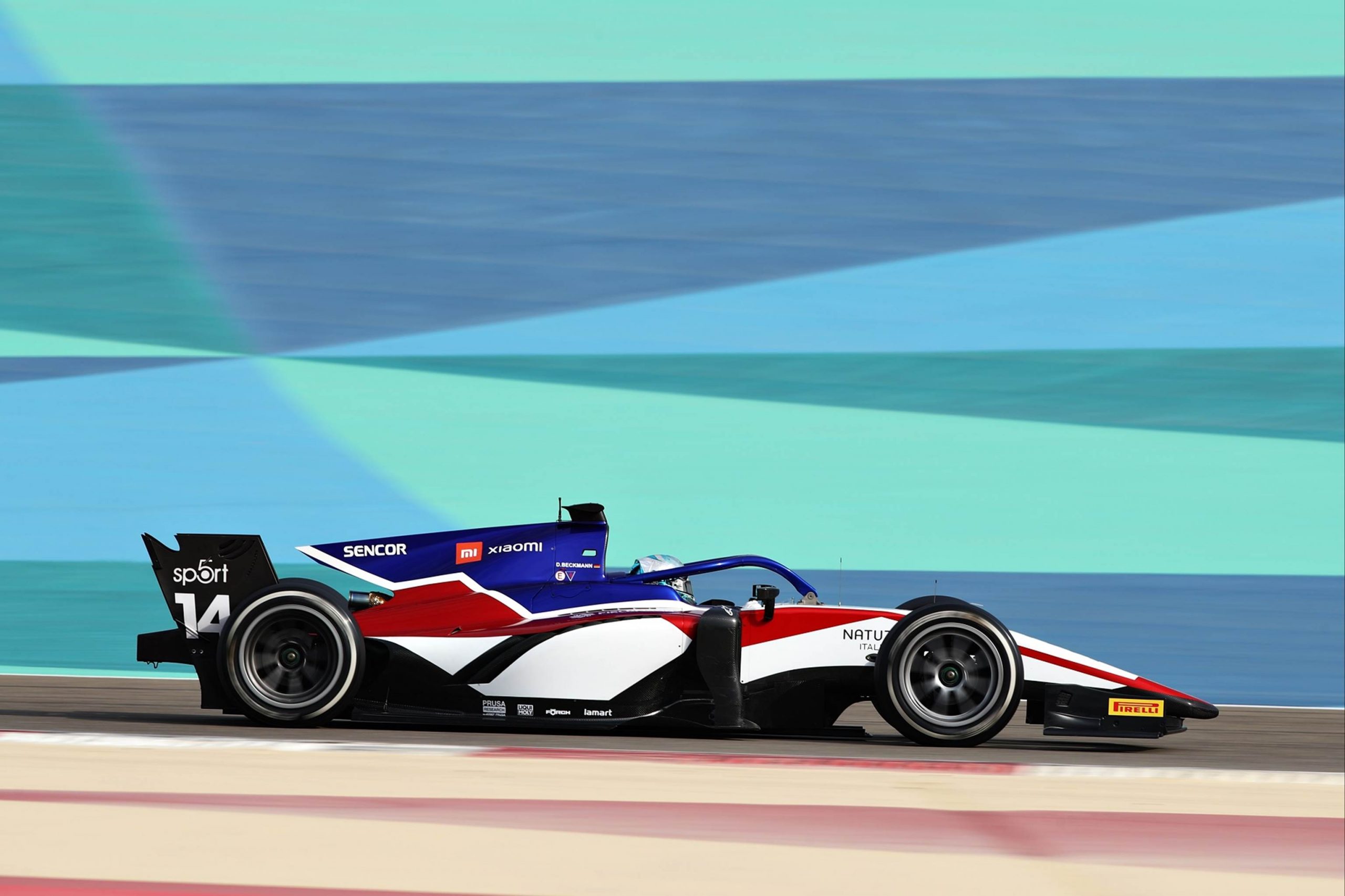 Charouz Racing System rookie David Beckmann was a surprise name at the top of the standings on the opening day of the Formula 2 pre-season tests in Sakhir, beating out the more experience Christian Lundgaard in the afternoon session to top the table with a time of 1:42.844.

The grid were quick to set off onto the track for their first miles of 2021, but for the majority, it was only an installation lap as they headed back into the garage for further work on their cars. 10 did brave the windy and dusty conditions of the Bahrain International Circuit, led out by Ticktum.

There was an early red flag as Richard Verschoor came to a halt down the back straight in the leadup to Turn 14. The Dutchman’s stricken MP Motorsport machine was hauled back into the garage for a check-up, while his teammate, Lirim Zendeli, got to work setting the fastest time.

The 2020 F3 race winner got off to a sterling start, flashing round in 1:44.451 to top the opening laps of the season. The German’s time in P1 was short-lived, but he did manage to cap off a solid morning with a place in the top five, finishing fourth.

Zendeli’s 2020 rival, Liam Lawson, was another of the rookies to impress in the early stages, setting the first sub 1m 44s time of the day, which would end up being good enough for P2.

Experience did eventually come to the fore as Ticktum switched on the style towards the back end of the morning, beating Lawson’s time by sixth tenths to finish top, lapping at 1:43.021.

Ticktum’s Carlin teammate Jehan Daruvala picked up where he left off last season, running towards the front of the field, though his time wasn’t quite good enough for first, as he settled for P3, seven tenths off the pace.

Three more rookies caught the eye in the morning, as Oscar Piastri, Bent Viscaal and Beckmann all earned themselves places in the top 10, finishing seventh, eighth and 10th. The familiar names of Guilherme Samaia and Marcus Armstrong also appeared towards the front, taking sixth and ninth.

MP were straight back on it when action resumed in the afternoon, Zendeli taking back his place at the top of the timesheets with a time of 1:45.010. Backed up by his teammate for the tests, Verschoor, the duo got their fast laps out of the way early doors before focusing on longer runs and dropping out of the top ten.

Reigning F3 champion Piastri made his first appearance at the top of the charts towards the halfway point of the afternoon. Like Zendeli, his attention then switched to race simulations and this saw him drop to P6.

Last season’s surprise package Felipe Drugovich had swapped MP Motorsport for 2020 title challengers UNI-Virtuosi and looked to be quickly getting used to his new machinery, briefly setting the quickest time, before falling to fourth.

Fresh from a two-round stint with HWA RACELAB at the end of last season, Théo Pourchaire was back with his F3 team, ART Grand Prix, and managed third in the afternoon. The Frenchman was beaten by his teammate Lundgaard, who showed his experience and went 0.063s quicker.

None of them could match Beckmann’s Charouz, with the German rookie roaring to first in the closing stages of the afternoon as the only driver to break the 1m 43s barrier on Day 1.

Hitech duo Jüri Vips and Liam Lawson both managed to break into the top ten in the afternoon, going fifth and eighth. Marino Sato snuck into seventh with Trident, while Viscaal and Guanyu Zhou completed the top ten, in ninth and tenth.