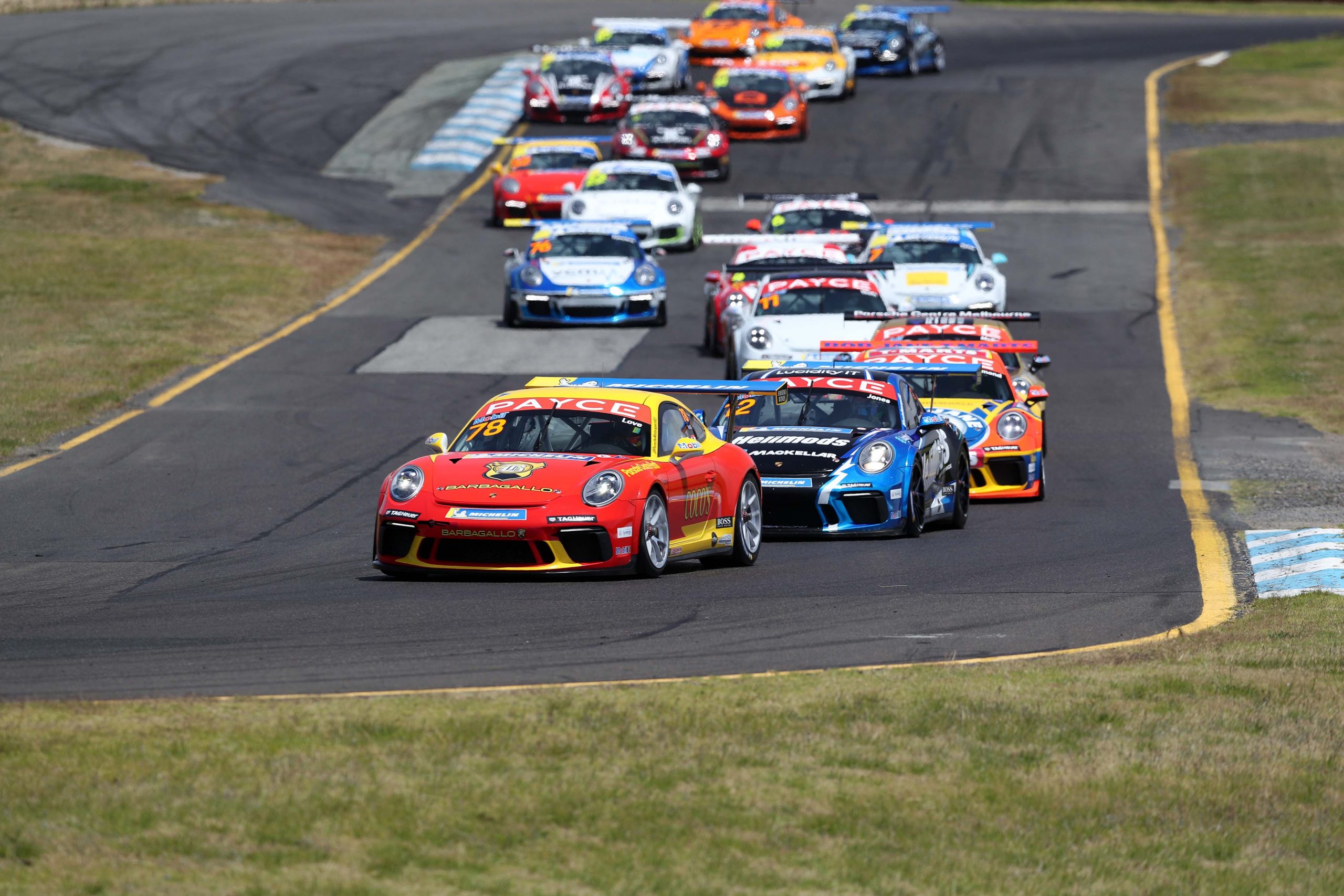 Aaron Love, the younger brother to Sonic’s reigning Carrera Cup champion Jordan Love, narrowly missed out on pole position by 0.03 of a second before taking a strong second place in Race 1 after battling with Jones through lapped traffic.

Love lost ground to Jones early before clawing back from a two-second gap to close in and duel with Jones through traffic. In his speedy comeback, Love lowered the Sandown Carrera Cup lap record to a 1:09.86s.

Almond, driving the #78 Bob Jane T-Marts Porsche, started third and dropped behind McBride off the start, but quickly got back to third and closed the gap to the leaders by the end of the race.

In Race 2, Love returned serve and scored his maiden Carrera Cup victory by eight-tenths of a second. The leading pair rubbed panels and scrapped for the lead in the early stages, before Love put his head down and built a solid gap up front.

Almond made a move around the outside at the final complex of corners on Jones with five laps to go to secure a strong 1-2 result for Team Sonic.

Love retained the lead off the start in Race 3 until Lap 2 when he ran wide at Dandenong Road corner and fell back to fifth. He recovered back to third before losing a position when he ran wide again on Lap 17. Love set fastest-lap after fastest-lap to catch and pass McBride to reclaim third spot.

Almond, who dropped to third behind Jones off the start, chased him for 18 laps before taking the lead as the pair negotiated through traffic. Jones closed in but Almond defended strongly to score the win by a car length.

At the end of the weekend Almond, Love and Jones were all tied on points, with Jones securing the round victory with a single point awarded for pole position.

The final 45-minute race of the weekend was the longest race of her career to date, as Prince progressed steadily to complete her first weekend of Porsche competition.

The 2021 Porsche PAYCE Carrera Cup Australia will return at the Australian Grand Prix on March 8-9, while the Porsche Michelin Sprint Challenge commences at Phillip Island in February. 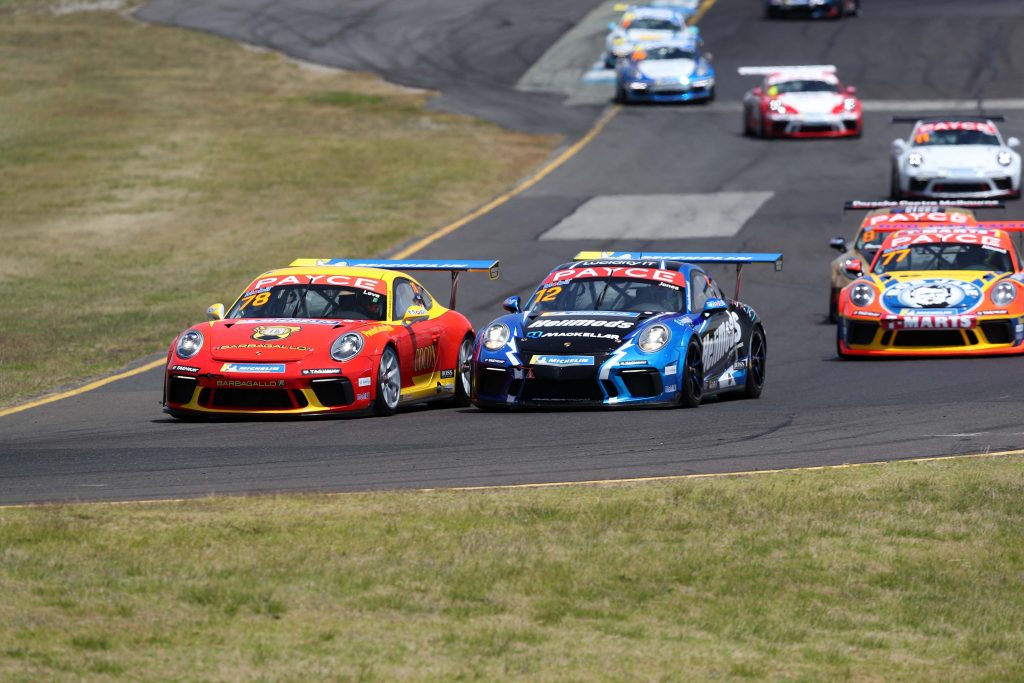 “Race 3 was 45 minutes, in the afternoon, so it was nice and warm, nice and hot, and I forgot to put my fan on so at the end of it, I was certainly sweating,” said Almond.

“My fitness is probably down and I noticed it out there, but the car was quite good. I capitalised at the start. Some of the young fellas ran a bit wide and I wandered through into P1.

“When we caught lap traffic around Lap 15, I was able to use that to build an advantage and gap the boys a bit more that helped take the pressure off.

“Harri (Jones) had a surge at the end, which got my attention but I was able to hold him off and bring home the win for the last race.

“I’m really looking forward to next year. Get fitter, jump on the sim, get myself sharp, get a zest for it again and come out swinging for 2021.”

“It all turned out to be a good weekend, but a few too many mistakes at the start of the race which we can build on and focus on for next year,” said Love.

“We’ll go into next year with full force, starting off with the AGP will be awesome, and having a three way tie between me, Harri and Michael is awesome – knowing that our pace is there and looking forward to having some awesome battles next year.”

“Had my first ever endurance race – 45 minutes in total. It was a lot different to what I’m used to, but it was a good challenge and I’ll be even more prepared for next season,” said Prince.

“I really enjoyed my first weekend in Porsches and the experience I gained was important.

“Hopefully it will set me up for a really good season with Sonic.”