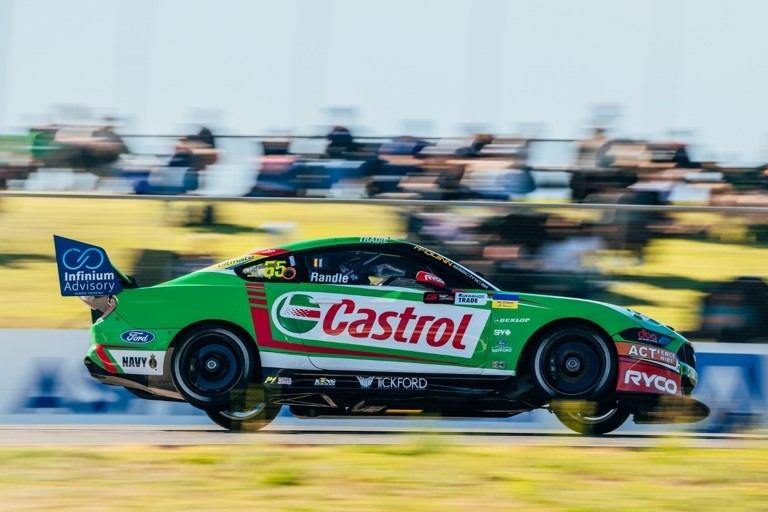 Thomas Randle and the Supercars Championship is set to return to Winton this weekend for the first time since 2019.

The long wait due to COVID is good news for the 26 year old – who has done more laps at Winton than any other circuit on the calendar in his young career.

“It’s great to be back at Winton – it’s a place I know better than anywhere else, so hopefully it can help us be right up the pointy end across the weekend,” Randle said.

“It’s been a really difficult previous few events where we’ve shown great speed but had very little to show for it – so I hope I can deliver some good results for the guys and girls on my team.”

The last start in Perth displayed this – with Randle showing great speed, highlighted by a top ten qualifying performance for Saturday’s race one (9th), but a best finish of 12th was all he had to show across the three races.

In fact both Sunday races saw Randle have contact with others not of his own doing.

He finished the three races in the west 12th, 20th and 22nd – to sit 21st in the Supercars championship after 12 races of the season.

“WA was a baptism of fire – Saturday’s qualifying pace was terrific, and it started to raise my expectations,” Randle said.

“But as motorsport is good at – Sunday was a punch right in the guts!

“Our races were both ruined on the opening lap by contact with others not of our own doing – so it was a long way to go to have not much to show for.”

Since WA, Randle has had a chance to test with his Castrol backed Tickford team at Winton – leaving him optimistic of what’s ahead.

“I know the results didn’t quite show it at WA but for the team it was a much better showing – with Cam and James both scoring podiums and Cam almost grabbing a win too, so morale is good in the team,” Randle said.

“It’s a rapid fire weekend with a couple of practice sessions, qualifying and the first race on Saturday, before a pair of qualifying and races on Sunday – so you have to hit the ground running, and hopefully that leaves us in good stead with our knowledge at the track.

“Everyone in our team is working overtime to ensure our results better – so fingers crossed things turn for the better.

“I’d just like to thank Castrol and BP for their ongoing support, plus Herzog Steel, ACT Fence Hire and Infinium Advisory – I know they know, but I’d love nothing more than to deliver them a great result this weekend!”

All of the action from Winton – highlighted by races 13, 14 and 15 of the Supercars Championship, is live across the weekend on Fox Sports.

ITS OUR FIFTH YEAR IN A ROW! Our decision to create a dedicated Bathurst souvenir…