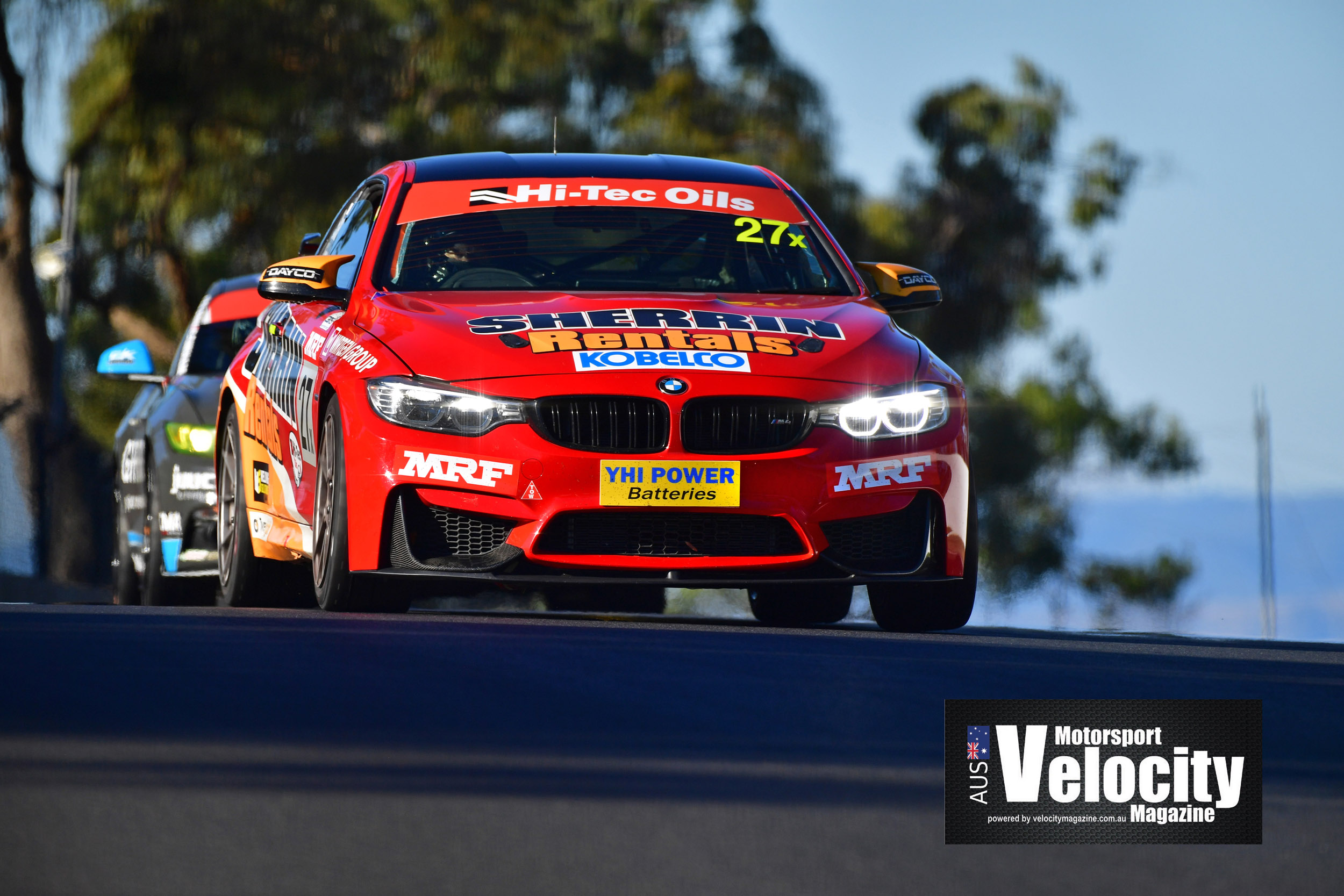 Paired with 2019 Bathurst Six Hour champion driver Grant Sherrin, the BMW M4 duo drove a fast paced race all day, remaining within the race leaders for the majority of the gruelling race.

Perfect pit stops combined with an excellently planned race strategy saw Russell in a position to contest for the win when he took over the final driving stint with just over one hour remaining in the Easter Sunday Bathurst race. The Dayco sponsored driver was tasked with having to make up an 11 second deficit on race leaders and BMW M4 rivals Shane Van Gisbergen (driving with Robert Rubis and Shane Smollen) and Tim Leahey (driving with Beric Lynton).

Russell was promoted into third positon with 54 minutes remaining when rival Tim Slade pitted with tyre issues, setting the fastest lap times of the final stint in pursuit of Leahey.

SEE ALL OF OUR 6 HOUR PHOTOS HERE

Van Gisbergen was leading the final stages with a five second penalty issued by the stewards of the meeting for a Safety Car infringement was hanging over his charge for the victory. Leahey was three seconds behind and Russell in third, a further three seconds in pursuit with 25 minutes remaining in the epic Production Car race.

With 12 minutes to run, a mistake from Leahey saw Russell get within striking distance of his BMW powered rival, with the two embarking on a close battle across Mount Panorama for second place, with Van Gisbergen extending his lead to 11 seconds.

By the chequered flag and after 105 laps of racing, Russell finished in third place behind Leahey and Van Gisbergen, the three BMW teams separated by 17 seconds after six hours of racing.

This result is Russell’s second Bathurst Six Hour race podium adding to his oustanding record with class wins and victories in every format of Bathurst Production Car endurance racing.

“It is great to be on the podium with grant, he did a fantastic job in his second stint to get our strategy back on track. The Sherrin Racing team did a phenomenal job with our pitsops all day. It’s satisfying to bring our car home in third, ultimately we didn’t have the power on the straights, but we gave it all we had”, Russell stated.

After qualifying seocnd and gaining another Bathurst outright podium, Russell looks forward to returning to Bathurst in October, co-driving with Brodie Kostecki and the Erebus Motorsport Supercar team in the Repco Bathurst 1000.

Welcome to the 2021 Bathurst 6HR Photo Gallery, our images are from John Morris (Mpix)…