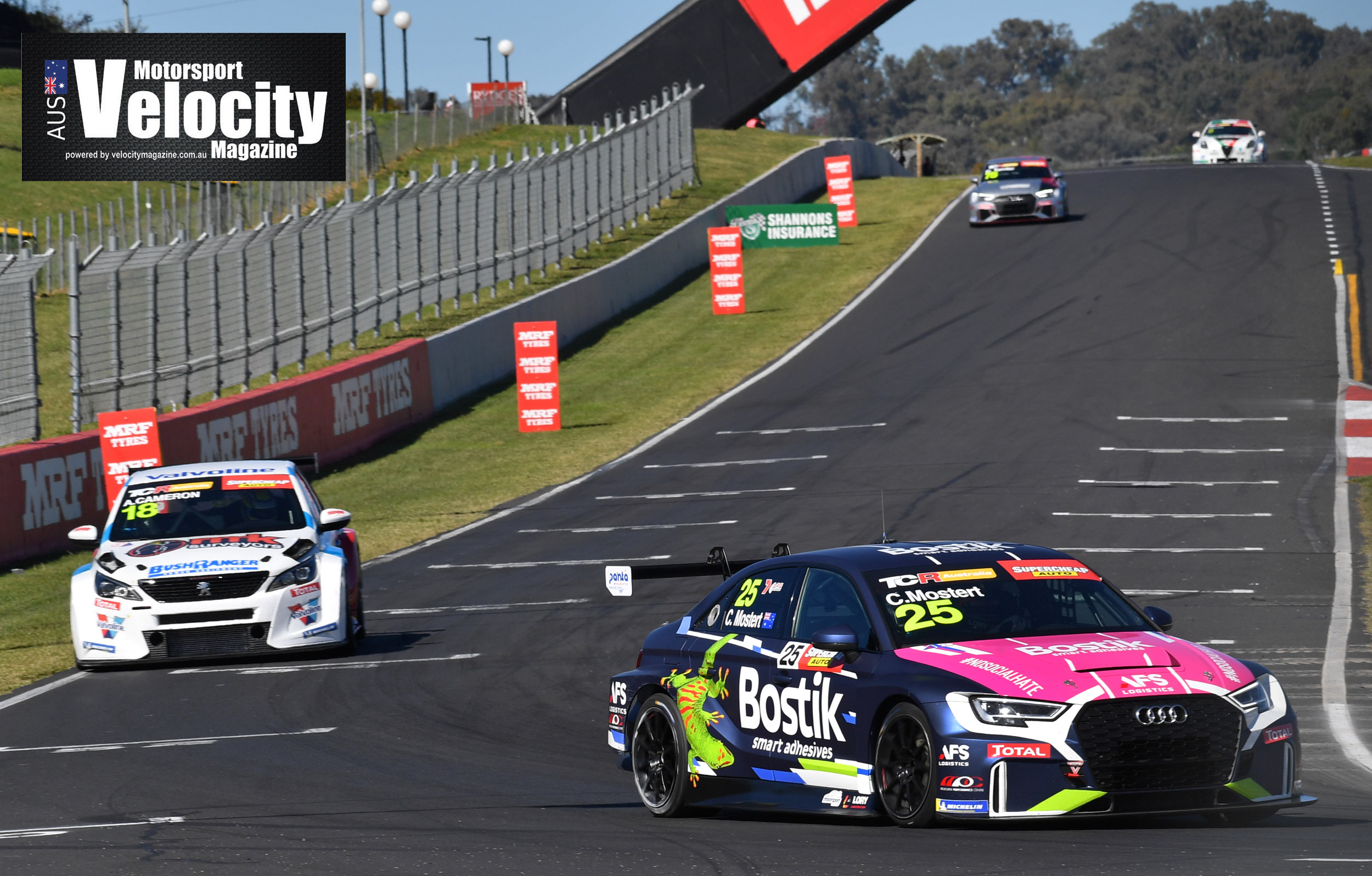 Chaz Mostert claimed his second win of the weekend in Race 2 for the Supercheap Auto TCR Australia Series at Mount Panorama.

Once again in similar scenes to Race 1, Cameron nailed the start in his Peugeot 308 and had a massive lead as the field streamed over the top of the Mountain on the opening lap.

Jordan Cox was on a charge as the Alfa Romeo driver sailed around the outside of John Martin’s Honda Civic Type R for fifth on Lap 2 at The Chase, having started the race ninth.

Further up the order, Jay Hanson got into third position in the early running and was holding his own until Garth Tander made a move for the final spot on the podium at Griffins Bend.

Hanson then parked up his Alfa Romeo with issues a few metres up the road, allowing Cox into fourth place.

On a different part of the track, Mostert had reeled in Cameron and made a brave for the lead at The Chase shortly after the halfway mark of the race.

Following that decisive pass, Mostert held on for back-to-back wins ahead of Cameron, while Tander kept Cox at bay for third and fourth respectively.

Martin picked up fifth place, while Lee Holdsworth prevailed in an entertaining battle for sixth place in his Alfa Romeo.

Issues for the Renault Megane RS of Dylan O’Keeffe persisted, with the Victorian driver circulating down the order with no turbo boost due to waste-gate issues on the car.

The final race of the weekend for Supercheap Auto TCR Australia will take place on Sunday at 10:12 local time and will be shown live on the screens of Seven in Australia.