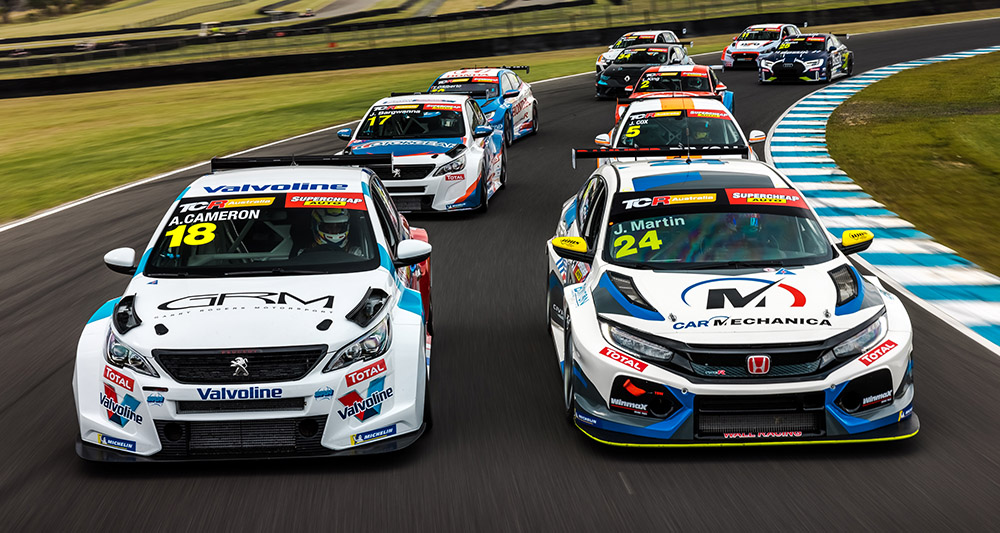 The much-anticipated opening round of the Supercheap Auto TCR Australia field will feature 18 cars at Symmons Plains Raceway for the inaugural Boost Mobile Race Tasmania event.

The 18 cars will include entries from six different brands of cars, including Hyundai, Honda, Alfa Romeo, Renault, Peugeot and Audi. 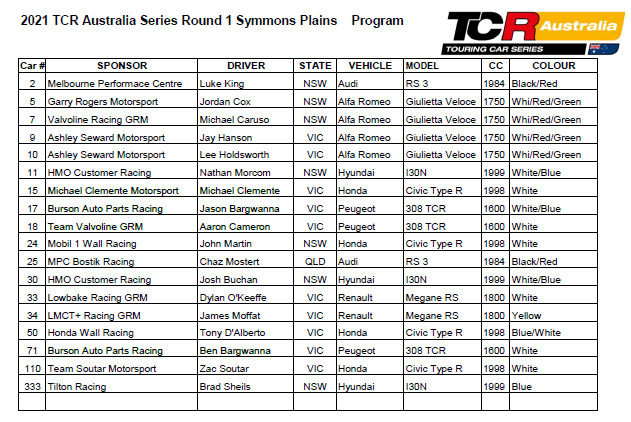 The field is stacked full of household names and rising stars, making picking a winner hard before to judge before a wheel is first turned for the two practice sessions on Sunday ahead of the unique Monday/Tuesday Australia Day race meeting.

Qualifying will be held on Monday ahead of two races on Tuesday. CLICK HERE for full schedule of events for the Boost Mobile Race Tasmania.

The familiar names with their reputations at stake include the likes of Michael Caruso, Lee Holdsworth and Chaz Mostert, with all three starting as TCR debutants.

Caruso will drive his Valvoline Alfa Romeo, and after qualifying second at the still-born Albert Park event last March, is eager to get a race start under his belt.

Holdsworth recently enjoyed a test at Symmons Plains in a day of mixed conditions. It is the only laps he has enjoyed in his Ash Seward Motorsport Alfa, but has a stack of data to fall on, thanks to a heavy testing regime for his young team-mate Jay Hanson. The 17 year old has had no less than six test days in the lead up to Symmons Plains and could be a surprise packet amongst the healthy field.

Mostert needs no introduction to Australian motorsport fans. The 2014 Bathurst 1000 winner is a leading star of the Supercars Championship for Walkinshaw Andretti United and all eyes will be on him in his Melbourne Performance Centre-prepared Bostik Audi RS 3.

MPC will enter a second Audi this year for Luke King, who will make his maiden touring car start after impressive performances in the Toyota 86 Series. The MPC team is expected to enter more cars as the season progresses, with the Audi considered one of the best TCR cars in the world.

Honda will have four cars on the grid at Symmons Plains, headed by Tony D’Alberto in his striking new blue Civic Type R. The Victorian finished second in the inaugural title and is aiming to go one better in 2021. He will be joined at Wall Racing by John Martin, thanks to support from Mobil 1.

Two more JAS Motorsport-built Hondas will be in the field for privateer entries Zac Soutar and Michael Clemente. The pair will have experienced yard sticks in D’Alberto and Martin to chase, so watch for the young guns trying to make their mark in the pack.

Reigning champion team HMO Customer Racing will enter the 2021 season without its fast man Will Brown, although they are confident that they have the next big driver in TCR racing. Josh Buchan joins the squad in the #30 entry, supported by regular team driver Nathan Morcom.

A third Hyundai will be at Symmons Plains too. Brad Shiels will drive a private entry from Tilton Racing, and like Hanson, has enjoyed plenty of testing miles in the lead up to the 2021 season.

Garry Rogers Motorsport is easily the most prolific in terms of total entries. The famous Melbourne team takes in seven cars to the race, including two Alfas for Caruso and Jordan Cox, three Peugeots for Aaron Cameron and father and son team Jason and Ben Bargwanna, and GRM will also have two Renaults for James Moffat and Dylan O’Keeffe.

The latter was the fastest at the pre-season Phillip Island test, and after his maiden race in the World TCR last year, he will be a leading contender from the outset.

All of the racing will be broadcast live and free via the screens of Seven, with 12 hours of coverage on 7plus, and seven hours on 7mate. See below for full details;