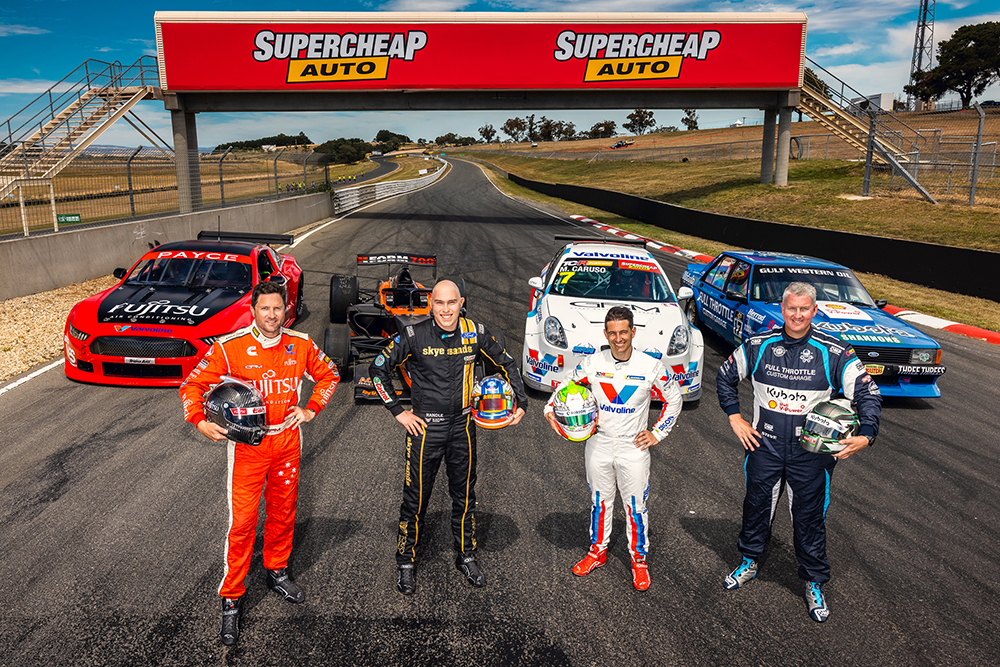 The stage is set for the return of national level Australian Motorsport at the Boost Mobile Race Tasmania event, to be held this week at Symmons Plains Raceway.

The star-studded Supercheap Auto TCR Australia field will see the debut of the two-litre tin-tops at Symmons Plains.

The S5000 Championship commences a new era for the storied history of the Motorsport Australia Gold Star award, first awarded in 1957.

Title contender Thomas Randle – a proven front runner in the category – will be a key contender this weekend, though the young Victorian is fortunate to be racing at all following a recent bout with Testicular Cancer.

While recent surgery and Chemotherapy treatments had cast doubts over his participation this weekend, Doctors declared Randle fit to race last week paving the way for his title challenge to commence on schedule.

Tasmanian racing hero John Bowe will headline the Gulf Western Oil Touring Car Masters Series, the category for classic Muscle cars from the 1960s-1980s set for the first round of the championship.

Bowe, Steven Johnson and Tasmanian young-gun Adam Garwood are expected to be leading contenders in the popular category this weekend.

The opening round of the TransAm National Series will see a 19-car field compete, third-generation driver

Aaron Seton, Brett Holdsworth and Tasmanian Owen Kelly likely to be among the contenders.

LIVE AND FREE ON 7MATE AND 7PLUS

CATCH ALL THE ACTION OF THE SUPERCHEAP AUTO TCR AUSTRALIA SERIES, LIVE AND FREE ON THE SCREENS OF SEVEN IN 2021.