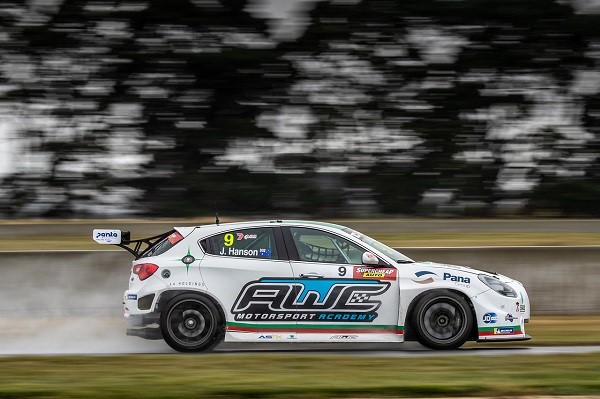 Ashley Seward Motorsport’s Supercheap Auto TCR Australia Series drivers, Jay Hanson and Lee Holdsworth, believe all bases are covered in their preparation for the opening round of the series after a successful test at Symmons Plains last week.

Both Hanson and Holdsworth turned numerous laps at the Tasmanian circuit in their Alfa Romeo Giuliettas, predominantly in the wet, with Hanson relishing the opportunity to accumulate some seat time in the slippery conditions.

“It was my first time driving a TCR car in the wet, so it was good to have that experience,” Hanson said.

“I was amazed at just how much grip there was on the wet weather tyres, it was very impressive.”

It was also Hanson’s first time driving the Symmons Plains circuit and he was in awe of the banking at the infamous hairpin.

“I did some laps on the simulator before I arrived, but I didn’t realise just how much undulation there is at the hairpin – it’s really steep,” he said.

“It will be a cool track for the TCR cars – the slipstream effect will keep us all close together on the back straight and there are some good passing opportunities.” 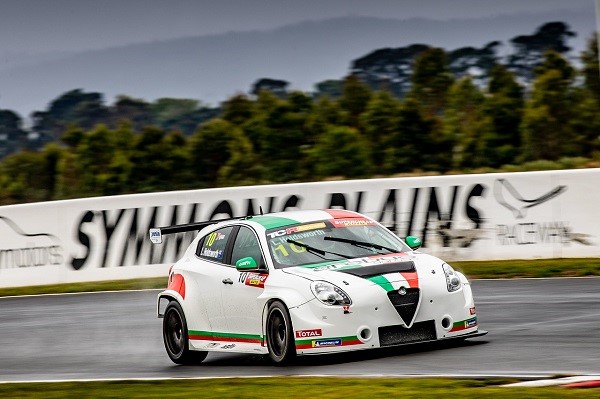 “The biggest difference is the way you respond to how the car slides,” Holdsworth said.

“If the rear end steps out, you have to apply more throttle and let the front of the car pull you out of trouble.”

Holdsworth was impressed with his junior team mate’s attitude.

“He and I worked closely with Ash on car setup over the day, and we were both giving the same sort of feedback on how the car was behaving. The two of us complement each other really well.”

Practice for TCR will be held on Sunday, ahead of qualifying and racing on Monday and Australia Day Tuesday. All three races will be shown live on 7MATE while qualifying will also be live streamed on 7PLUS.