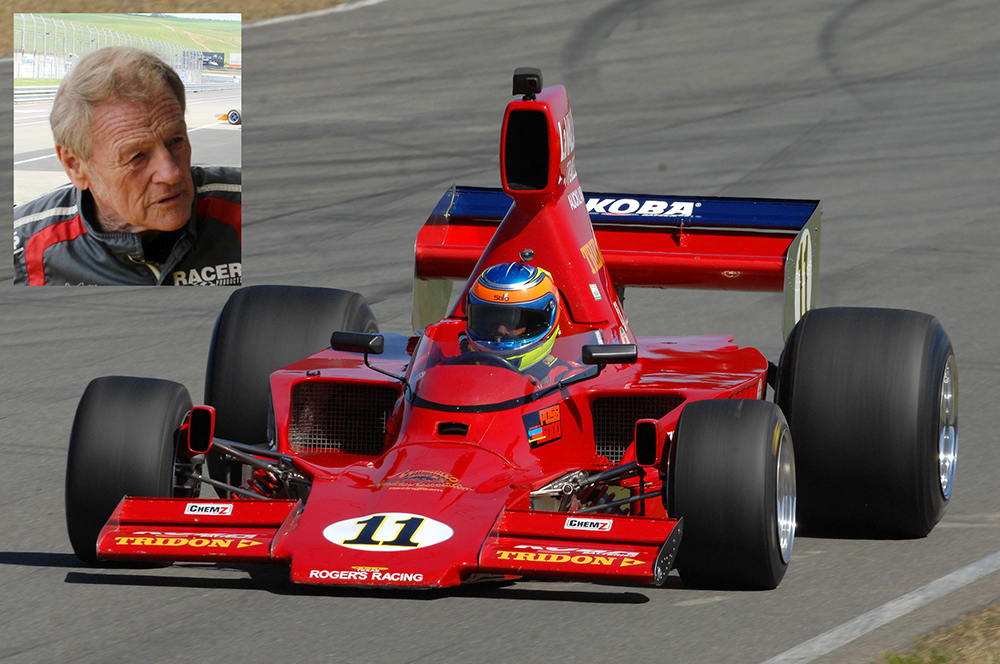 “The Small Guy is a freak.”

That’s how motorsport legend Kevin Bartlett describes his 1970s rival, kiwi Ken Smith who, at the age of 79, will start the NZ Grand Prix for an astounding 50th time on January 24, at Hampton Downs.

That comes during his 63rd year, unbroken, in motorsport. We’re talking of the New Zealand Grand Prix – the premier NZ motor race since 1950 – won along the way by international legends such as Bruce McLaren, Chris Amon, Jack Brabham, Stirling Moss, and a long list of young Kiwi stars including Paul Radisich, Craig Baird, Greg Murphy, Fabian Coulthard, and, more recently, international aspirants such as Lando Norris and Liam Lawson … the honour roll is astonishing.

Since 1965, when he started his first NZGP, in a Lotus 22, Kenny has barely missed a NZ Grand Prix. He’s won three of them, the first during the glamorous, dangerous Formula 5000 era of the 1970s, two more in subsequent categories. He won the NZ Gold Star championship five times. That first NZGP win was in 1976 – the following two years the race went to a young Finn by the name of Rosberg – Keke Rosberg.

The achievement – of simply being there now – is stunning. A comparison. Imagine if Greg Chappell was still strolling to the crease in international cricket. Greg is seven years younger than Kenny, and his international career started in 1970 and finished in 1984. 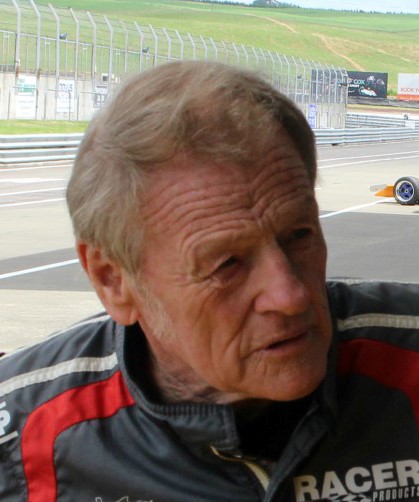 Fast-forward 37 years. Next week, Ken Smith will line up in his 50th NZ Grand Prix. He’s probably not going to win it. Up against the latest batch of young Kiwi upstarts in Tatuus TRS-spec cars, with a handful of former champions brought back to compensate for the Covid-restricted international entry, 79 year-old Kenny acknowledges he’s not quite as pin sharp as he was once, and the years do take a physical toll – but that’s not the point:

“Everyone on the grid, they’re all real drivers, all there for the same reason – to do their best in what is a very challenging and competitive sport,” he says. “I don’t do it these days for the records – the excitement of it never goes away …”

And, lest you think that Ken Smith makes up the numbers, consider this. Over recent years, Kenny has raced his beautifully-restored original 600hp fire-breathing Lola F5000 car in New Zealand’s world-respected F5000 Tasman Revival Series. He’s won it five times, most recently in 2019.

What’s the secret? Kenny never stopped. Those that do, then return, never quite regain the essential mental and physical tools. If you don’t ever stop, you lose a lot less of it …

Kenny’s peers from that spectacular 70s era pretty much shake their head – in disbelief:

Kiwi Graeme Lawrence is a former Tasman Series champion and lifelong friend: “Kenny is a driver who is still driven – driven to compete and to win, and driven to defy anything that gets in his way – ill health, age, other drivers, cars that don’t perform …. Kenny is a fine example of how to take hold of life, get in the driver’s seat and live life to the full.”

Sydney’s Warwick Brown, another Tasman champion and Smith rival from the 70s, whose career spanned a single decade: “It’s incomprehensible that someone can maintain the motivation, fitness, and skill for this long. He’s small in stature … but a giant in NZ and Australian motorsport …”

And KB, Kevin Bartlett, yet another of those who risked it all back in those heady days: “I would never have dreamed that Kenny could still keep up what we all stopped doing decades ago … It’s essentially an impossibility!”

Yes KB, the Small One is indeed a freak.

MotorSport New Zealand and New Zealand International Grand Prix Inc. have reached an agreement to return to awarding the prestigious NZ Motor Cup to the winner of the New Zealand Grand Prix race.

The agreement, which will take effect this weekend at Hampton Downs, will see the NZ Motor Cup awarded to the New Zealand Grand Prix winner for the first time since 1991 in the cup’s 100th year.

First awarded in 1921 the NZ Motor Cup was contested for annually on Muriwai beach in a 50-mile race known as the Australasian Beach Championship. In 1928 the cup was won outright by R B Wilson, who donated it to New Zealand International Grand Prix Inc. to be used for the New Zealand Grand Prix events which were held in the Auckland region at the time.

Since 1991 it was contested periodically at Pukekohe before becoming a mainstay of the Toyota Racing Series from 2006. In its 100-year history, the names that adorn the cup are some of the biggest in world motorsport including Keke Rosberg, Jack Brabham, Graham Hill, Jackie Stewart, John Surtees, Bruce McLaren, Stirling Moss and Chris Amon.

In its more recent history, many Kiwis have had their names etched into its history such as multiple-time winners Greg Murphy, Craig Baird, Simon Wills, David Oxton, Mitch Evans and Ken Smith. Other winners of note include Nick Cassidy, Marcus Armstrong and its most recent winner Liam Lawson.

The New Zealand International Grand Prix Chairman, Willard Martin said “The NZIGP club is delighted that this historic trophy in its 100th year returns to honour the winner of the NZ Grand Prix Race”

“We’re thrilled to have reached an agreement with NZIGP to bring the NZ Motor Cup back to the New Zealand Grand Prix podium,” said Christie.

“This year’s event is already incredibly special and the return of the NZ Motor Cup will add an enormous amount of prestige to it being its 100th year.”

The New Zealand Grand Prix will take place this Sunday at Hampton Downs. The lights are set to go out on at 5:20pm with live coverage available on Spark Sport for those unable to make it to the track.