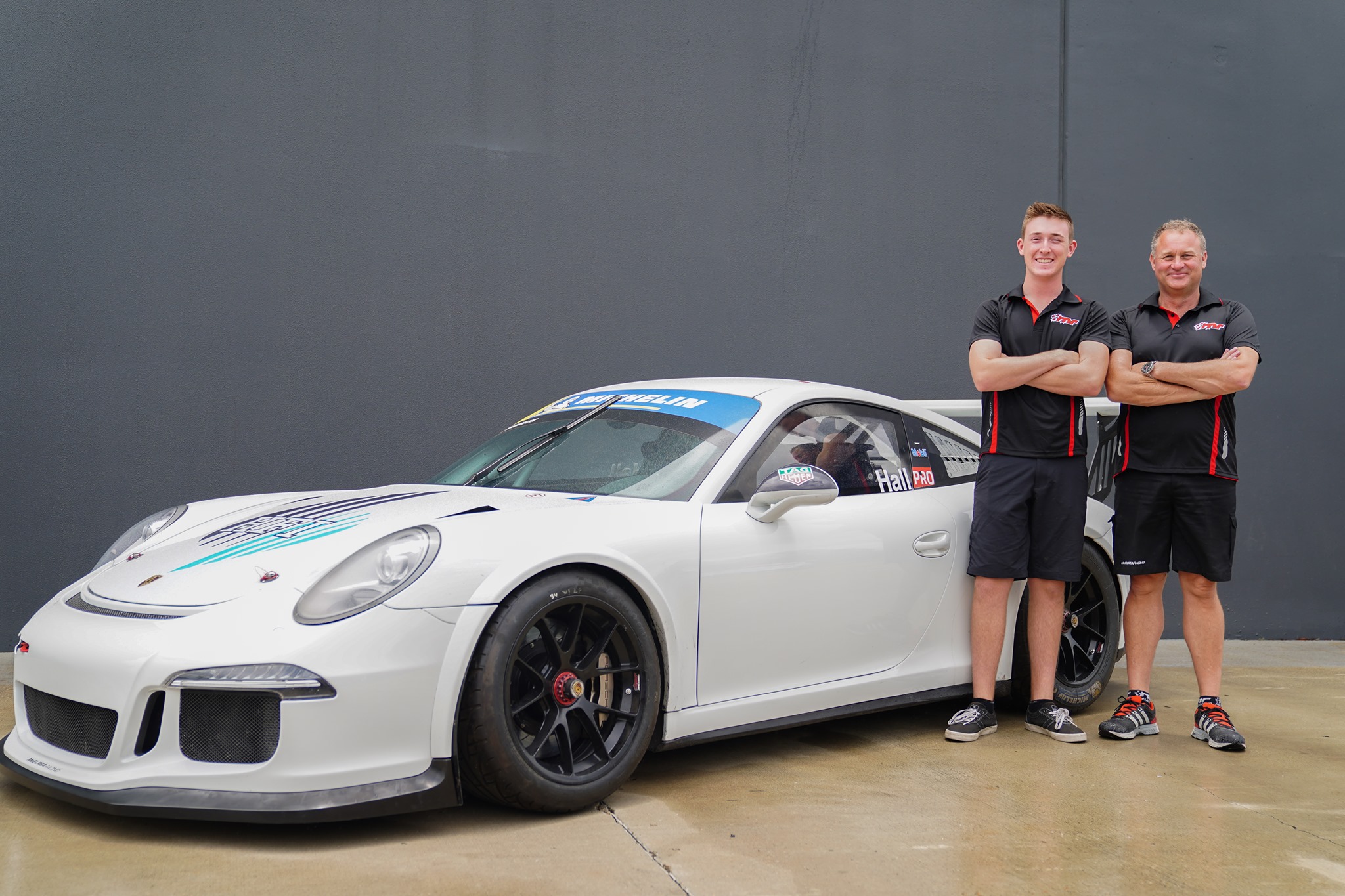 As a Grade 12 student at Coomera Anglican College in Queensland, the talented GT racer sees 2021 as an opportunity to get acquainted with the first generation Porsche 911 GT3 Cup car, before he starts his ascent up the Porsche Motorsport Pyramid.

“I’m very excited for this new chapter in my racing career. It’s all a bit surreal, but it’s a dream come true to announce that I will be with the McElrea team in a Porsche next year,” Hall said.

“It’s a dream come true to announce that I will be with the McElrea team in a Porsche next year, I have been floating on Cloud 9 since signing with Andy and I cannot wait to put 250% effort into this opportunity and give Andy the results he believes I can achieve” Hall said exclusively to Velocity Magazine.

“We are still looking for a naming rights sponsor the 2021 season, so if you are able to support a young guy, who is dedicated to working hard and chasing his dreams for success please hop on board, we’d appreciate any support that can be offered to help me on this journey.”

Hall has already amassed a large amount of experience despite his young age, having competed a number of different racing series and cars. His natural speed and adaptability was apparent from early in his career, having finished second overall in both the 2019 Gold Coast round of the Australia GT Championship and the 2020 Bathurst combined sedans series. Hall also became the youngest ever podium finisher at the Bathurst 12 Hour earlier this year, finishing third in class in a Marc Cars Mustang V8.

Andy McElrea said, “We’ve been watching Bayley’s progress for a couple of years and for such a young guy, he already has vast mileage and experience in a variety of cars. A year ago we chatted about a potential future with MR and having a shot at the Porsche Pyramid, following in the footsteps of Matt and Jaxon in Europe. We did an evaluation test with him a couple of weeks ago and we were very impressed with his first run in a cup car, needless to say, he has a very exciting few years ahead of him!”

Hall partnered with McElrea Racing’s Warren Luff for the Bathurst event, “I’m excited that Luffy will be one of my mentors at McElrea as he has known me since I was a toddler playing Mario kart. We get on very well and it was a huge experience to drive with him at one of the biggest races in Australia earlier this year.”

Hall will also be part of the Porsche Michelin Junior Programme in 2021, which in the past has seen drivers like Nick Foster, Dylan O’Keeffe, Andre Heimgartner, Jaxon Evans, Jordan Love and Matt Campbell go onto to compete at the highest level of the sport both locally and internationally.

Campbell and Evans both started their Porsche careers with McElrea Racing in Porsche Michelin Sprint Challenge (formerly known as GT3 Cup Challenge) before going onto win the Porsche PAYCE Carrera Cup titles in 2016 and 2018 respectively.

On the prospect of joining Australia’s benchmark junior development programme Hall said, “I’m looking forward to learning as much as I can in the Porsche Michelin Junior Programme and my goal is to ultimately win the Sprint Challenge series, before I make the step into the main game in Carrera Cup.”

“The opportunity to drive the GT3 Cup car in the test session for around 100 laps was incredible. Working with the likes of race engineer, Leigh Geyer and the rest of the McElrea team was also an amazing opportunity,“ Hall enthused. 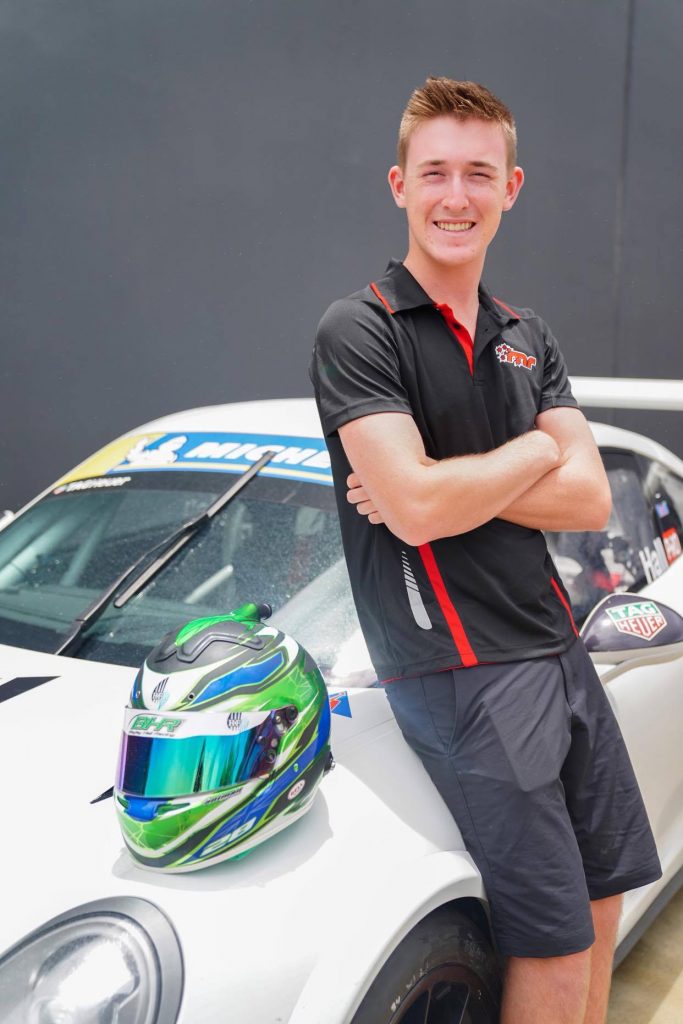 “After seeing the success the team have had in the past with the likes of Matt and Jaxon, I’m really looking forward to stepping up to the Porsche one-make series next year, as the cars are identical and the national competition is at the highest level,” Hall concluded.