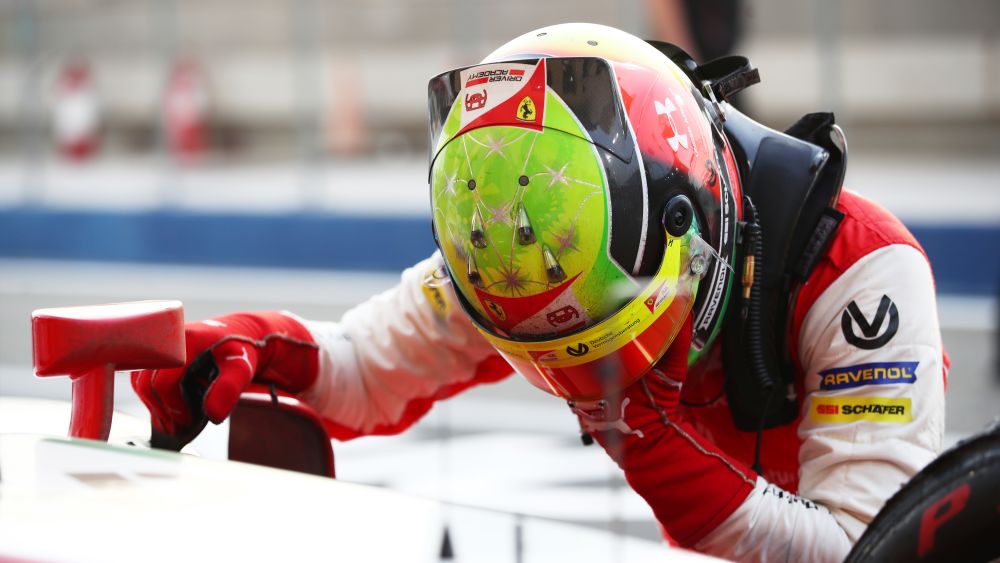 Carlin’s Jehan Daruvala capped off his rookie campaign in Formula 2 with a brilliant first win in the Sakhir Sprint Race, as Mick Schumacher sealed his promotion into Formula 1 with HAAS as F2 champion, despite a tricky race where he finished down in 18th.

Daruvala came out on top of a race-long battle with Dan Ticktum, to win by 2.9s, while the DAMS’ driver ended up in third after a late overtake from Feature Race winner Yuki Tsunoda, who secured a Carlin one-two.

For a moment, it looked as if the title was slipping out of Schumacher’s fingers, after an early lock-up damaged his tyres and forced him into an unwanted pitstop. The German ended up in 18th, but Callum Ilott was unable to secure enough points to snatch the crown, dropping down from third and ending his F2 career with a 10th place finish.

Schumacher was brave off the line, diving down the middle of Ticktum and Daruvala in an attempt to steal first place. The polesitter managed to cling on going into the opening corner, but Daruvala fell back to third.

Schumacher’s race, and his title ambitions, nearly all came crashing down on the fourth corner though, the German locked up heavily and only just managed to retain control of his PREMA, narrowly evading the rear wing of Ticktum and keeping it on the road. This allowed Daruvala to briefly get back ahead, though the German composed himself and clawed the place back.

Ilott had retained fourth off the line but realistically needed a win to even stand a chance of snatching the title from Schumacher, saying pre-race that he had “nothing to lose.”

Ticktum opened up a 1.2s gap at the front of the race but warned his team over radio that he was already losing his rears.

Schumacher was suddenly feeling the wear on his tyres from the earlier lockup and dropped back behind Daruvala. Ilott started closing in on the German and floored it down the main straight, before a Virtual Safety Car briefly brought the action to a halt, to clear up debris on track.

Daruvala shuttled up the road and caught up with Ticktum when racing resumed. The Carlin racer attempted a move down the left, but the DAMS’ man clung on. Ilott attempted a similar move on his title rival moments later, but Schumacher also hung on. The duo continued their duel and Schumacher twice locked up, but still he kept the position.

Guanyu Zhou and Robert Shwartzman joined the fight and the latter attempted to go down the middle as Schumacher locked up again. The Russian couldn’t make the move stick, but Ilott could, as the UNI-Virtuosi man squeezed into third, kissing the German’s front tyre.

Shwartzman and Zhou both followed Ilott through ahead of the main straight as Schumacher was forced to dive into the pits for an unwanted change of rubber. Returning in 20th, his title hung firmly in the balance.

Ilott needed second and the fastest lap but was too busy defending from Shwartzman to look at those ahead of him. Out in front, Daruvala was still tussling with Ticktum and eventually fought his way ahead on Lap 26, with a daring move around the outside. While, Feature Race winner Yuki Tsunoda had moved up to fourth, from eighth.

With Schumacher back in 20th, Ilott had been handed a golden opportunity to snatch the title, but it all began to unravel with less than ten laps to go, as his tyres started to feel the heavy wear of his determined charge, allowing Tsunoda, Zhou and Shwarztman to all pass him.

Daruvala managed to do what Ticktum couldn’t and opened up a gap in first, finishing the race with a 3.5s advantage. Ticktum lost a last-lap battle with Tsunoda who snatched second down the final straight. Zhou finished behind them in fourth, with Shwartzman in fifth. Guiliano Alesi put on a sterling performance to finish the season with his best 2020 result, in sixth, ahead of Luca Ghiotto and Felipe Drugovich.

Schumacher clinched the title with a tally of 215 points, 14 ahead of Ilott on 201. Tsunoda finished just one point behind Ilott in third, ahead of Shwarztman and Nikita Mazepin. PREMA Racing are Teams’ Champions on 392 points, ahead of UNI-Virtuosi on 352.5 and Carlin on 272. Hitech Grand Prix were fourth and ART Grand Prix fifth.

“It feels really good to win the last race of the season and finish on a high. It was a great battle out there with Dan (Ticktum), which got close at times, but we respected each other and raced well. The car was really good and I couldn’t have asked for a better finish.” 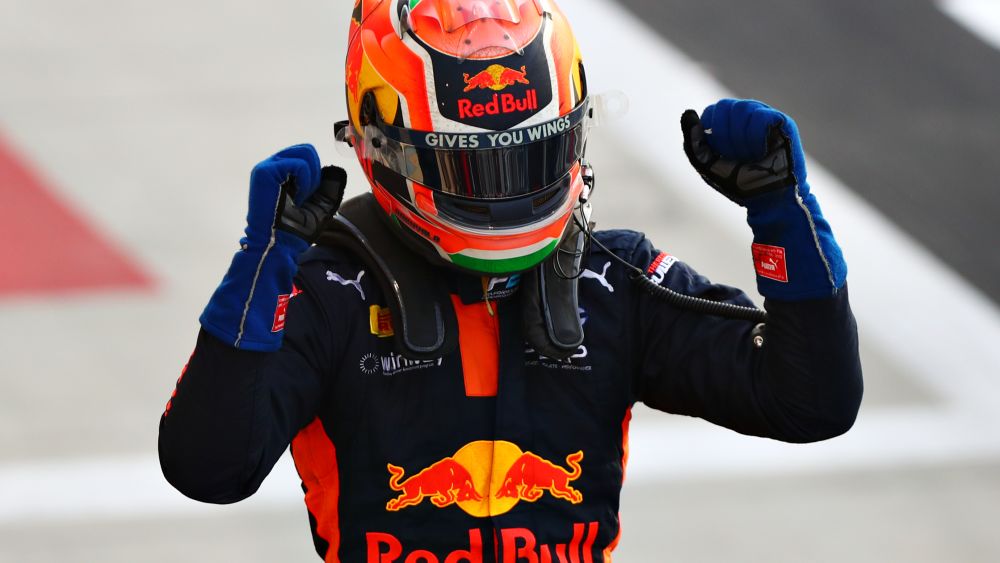 It was a difficult race but for sure a memorable one for Mick Schumacher at Bahrain International Circuit. The German driver capitalized on his outstanding season to secure the 2020 FIA Formula 2 Championship at the end of a drama-filled race.

In the beginning, Schumacher fought aggressively at the front and went to the attack. The situation became tenser for him after a big lockup left him in trouble with his tyres and forced him to pit. Schumacher eventually ended up in P18, but his closest rival for the title was not able to score enough points to beat him in the championship.

For PREMA Racing, it is the second driver title in Formula 2 after winning the inaugural season in 2017 with Charles Leclerc.

Robert Shwartzman managed to bring home a good top-5 finish which saw him perform like a superb team player. The Russian showed high performance and great consistency over the final round of the championship, which saw him end up with four wins, more than anyone else and fourth in the final driver standings. 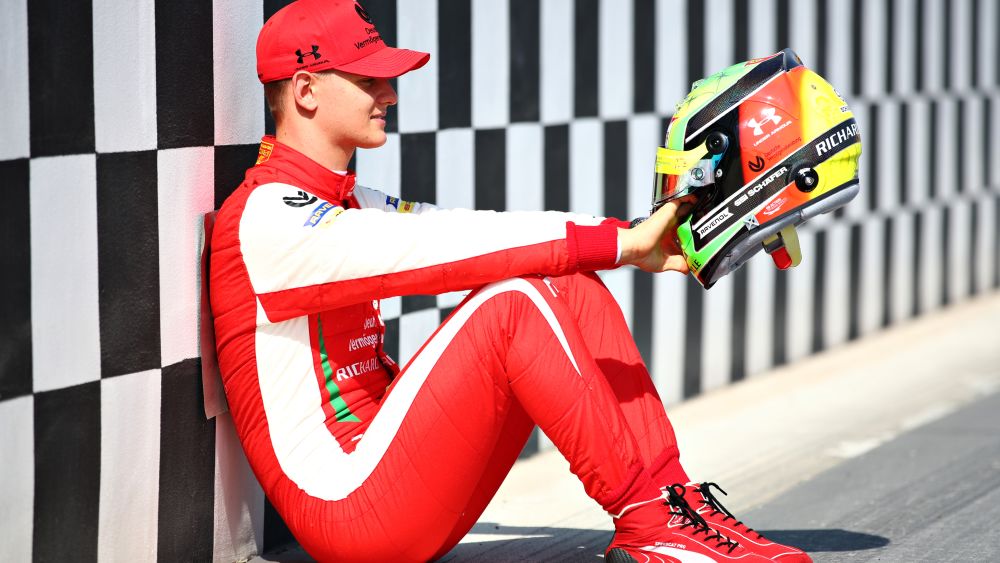 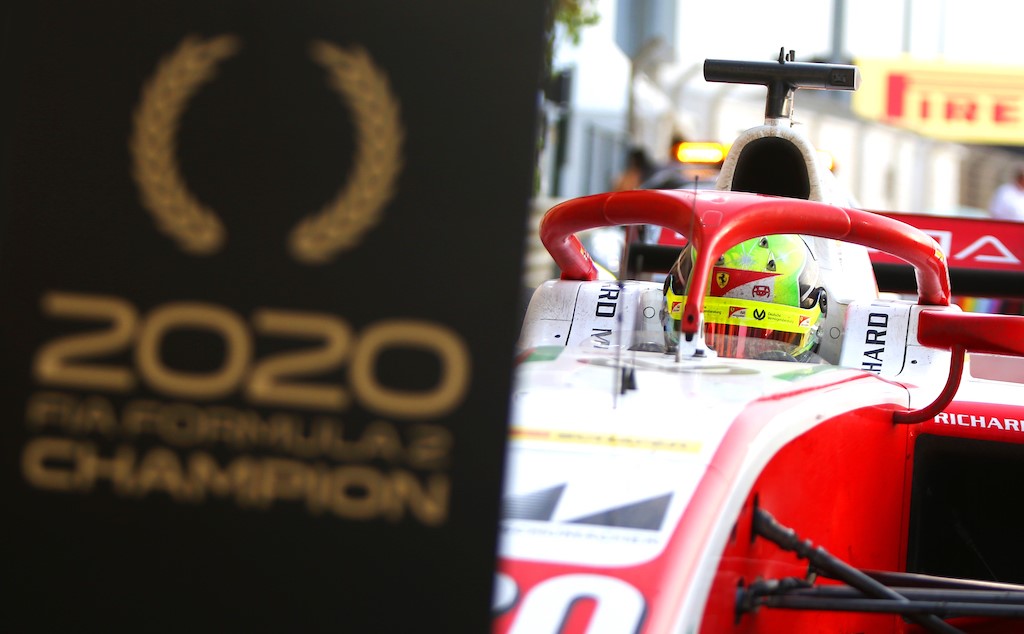 “I cannot deny I would have wished to win this championship in a different way, but now I just don’t care and am just happy. I will think about all the ‚ifs‘ and ‚whys‘ at a later stage, because still we managed to achieve this title and this is all that counts now. The race itself, well, was difficult to say the least. I had a flat spot after the big lock-up when I just really braked too late. I was trying to keep the pace up but it got more and more difficult, and to be honest, when the team told me to come in to change tyres I initially was afraid I would lose everything. But it worked out the way our engineers predicted it, and even if I did not manage to go to the top again, this was the right thing to do. A big thank you to the team for this race, for this season, for the hard work, for the tight battles, for the great laughters and the Hardrock battles – I will move on now to F1, but my memories will always remain with them.”