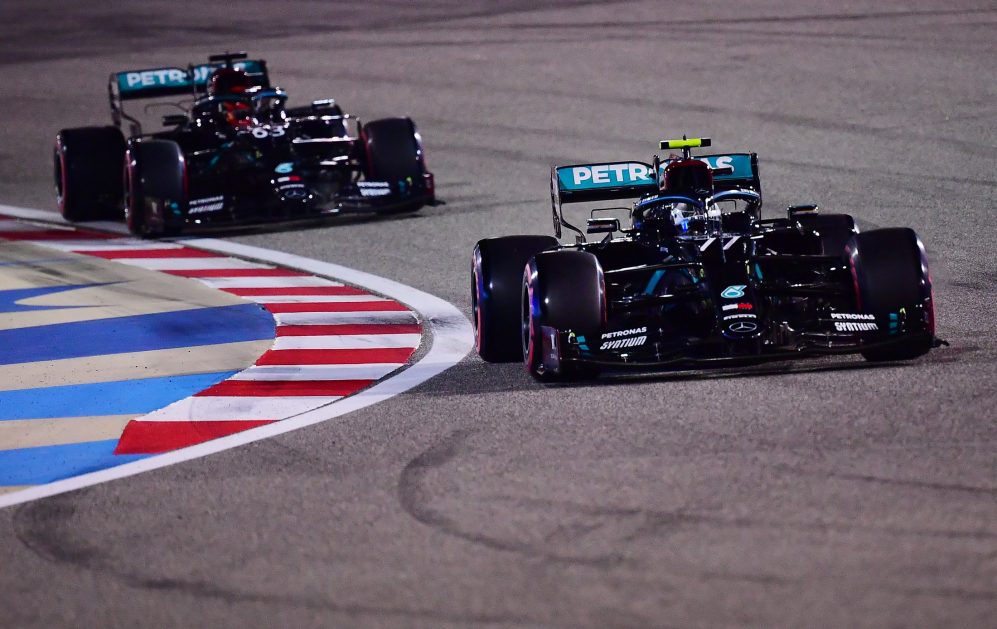 The 2020 Sakhir Grand Prix had been a fairytale on Friday, one which many had hoped would continue across the remainder of the weekend. But, as is so often the case, the enormity of the moment and the strength of his rivals saw the young Brit fall just short of a maiden pole position. Whilst later admitting to feeling a little gutted by the result, Russell had qualified on the front row for the first time in his fledgling F1 career, in fact it was the first time that he had even progressed to Q3.

After topping both Friday practice sessions, P3 brought Russell back to Earth. Verstappen had topped the timesheet from Bottas, who had finally managed to put together the fast sectors he had recorded during Friday without the associated penalties from track limit violations. Russell, on the other hand, appeared to struggle with a brake lock-up late in the session another contributor to his descent from the top.

Russell headed out for Q1 safe in the knowledge that he sat in a car that was more than capable of taking him to the far extreme of the elimination zone without the need for the bravado across a single lap that had become synonymous with the Brit during his time with Williams.

The session marked historic moments for Jack Aitken and Pietri Fittipaldi as the pair made their F1 debuts in F1 qualifying with Williams and Haas respectively. Given the competitiveness of both marques during 2020 neither was really expected to feature beyond Q1. Aitken raised more than a few eyebrows when he sat in 15th place, only to drop down to 18th during the final moments of a session that saw Alex Albon wait nervously in the garage on the point of elimination. The Aston Martin Red Bull driver just scraped through to Q2 in 15th place. Ferrari had both car safely through with Leclerc 7th and Vettel an encouraging 8th after the team were forced to complete a power unit change for the German.

Q2 saw all but 2 of the top 15 run the soft compound tyres for an all important place in Q3. Only Mercedes elected to use the medium compound tyres for the ‘close your eyes, blink and you’ll miss it’ laps of around 54 seconds. The short lap time made it difficult for drivers to have a clean lap as others left the pits on an outlap or were in the process of recycling tyres on a slower tour back to the garage.

Daniel Ricciardo sat on the cusp of elimination during the final 15 seconds of Q2, while Lando Norris’ day was already done. The McLaren driver had his first lap wiped for track limit violations, while a mistake ended his second flying lap and any hope of a place in Q3.

Norris was not the only one of the regular top 10 brigade to fall short in Q2. The Power Unit change for Vettel saw the team install an older version which lacked the edge that had been shown by the newer versions, while Alex Albon and Esteban Ocon also missed out, as did Antonio Giovinazzi. Verstappen and Perez finished Q2 in first and second, while Mercedes’ gamble with the medium tyres saw Bottas and Russell finish 3rd and 5th respectively.

Verstappen set the early benchmark in Q3 before Valtteri Bottas leapt to the top with a 53.377. George Russell then made it another Mercedes 1-2 with a time 14 hundredths of a second behind. He improved in the final run to end up an agonisingly close 26/1000ths from pole position. Verstappen, Lelcerc, Perez, Ricciardo, Sainz, Gasly, Stroll and Kvyat completed the 10.

“For sure it’s a different situation to have a new teammate, but mentally I just wanted to focus on my own doing, not to waste energy anywhere else,” Bottas told Sky Sports. “I think, strategy wise, we are in a great place for the team, with George locking out the front row as well. It’s good to be on pole, I’m happy about that, but not my best qualifying. But I am happy that it was enough. It feels like a bit of a Mickey Mouse track , bumpy and twisty.”

George Russell was somewhat subdued, if not a tad disappointed with the results as he spoke to Sky Sports. “It’s been incredibly intense, so much to learn, getting used to the car, the seat, everything,” Russell acknowledged. “It felt so different, a bit alien to begin with. It’s just a very different way of driving to be honest. Trying to unlearn what I learnt at Williams and relearn how to drive this car fast. I tried a lot of things in FP3 and it didn’t go well at all. So to be honest, I would have been happy just to get through to Q3. Pretty pleased that we got it all together at the final lap, obviously a bit gutted to miss out on pole by 20 milliseconds. But, if you told me a week ago that I’d be qualifying P2 on the grid next week, I wouldn’t believe you.”