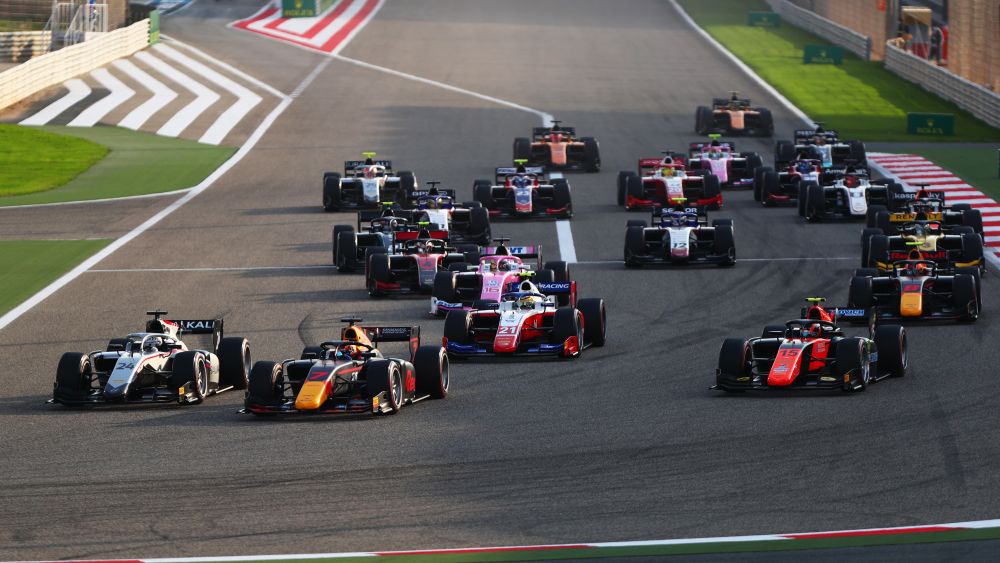 Yuki Tsunoda took a brilliant third victory of the season from pole, but it wasn’t as simple as lights-to-flag, with the Carlin racer locked in a race-long dogfight with the entirety of the top five. Guanyu Zhou came out of that brawl in second, after a magnificent charge through the field from 11th, while Nikita Mazepin was forced to settle for third, despite leading for large parts of the afternoon.

Zhou’s efforts weren’t enough to prevent PREMA from sealing the Teams’ Title, as Robert Shwartzman finished fifth, behind Felipe Drugovich, confirming the Italian outfit as Champions with one race to go.

Tsunoda’s win may not have been enough to keep him in the Drivers’ Title fight, but the battle between Callum Ilott and Mick Schumacher for the crown will go down to the wire. The pair had started the day in ninth and 18th after a tough Qualifying session but recovered strongly to finish in sixth and seventh.

Tsunoda initially got away without a hitch, but could then be seen adjusting his helmet heading into the first turn, allowing Mazepin the chance to steal the inside line. By the time they exited the first corner the Russian was in-front, while Tsunoda had fallen to P3 behind Shwarztman.

The second Carlin of Jehan Daruvala was sucked up by the pack and fell behind Artem Markelov who’d bombed off the line from P7. Title rivals Ilott and Schumacher only managed to make up a couple places, sitting seventh and 16th.

Starting on the prime tyre, Schumacher made up another few places in the opening 15 laps, getting up to P11 behind Marcus Armstrong, while Ilott dropped back to ninth ahead of his pitstop, appearing to struggle on the soft Pirellis.

Mazepin and Shwartzman pitted from the lead, handing first to Tsunoda, who remained out at the front. Ilott done the same as Schumacher launched ahead of Armstrong to put himself directly behind his title rival. The two wouldn’t get the chance to fight as Ilott finally opted to swap the softs for the hards and returned in 15th.

Mazepin and Shwartzman were on the charge, but couldn’t solely focus on getting through the pack as they had Tsunoda to contend with, the Carlin racer had pitted two laps later and possessed slightly fresher tyres.

Schumacher pitted from the lead on Lap 20, but his stop wasn’t the quickest and he returned in 13th behind Dan Ticktum. Mazepin, Shwartzman and Tsunoda were handed back the race lead, with Ilott up to fifth, in-front of Drugovich.

Tsunoda was given a shock as he attempted to pass Shwarztman ahead of the first turn. He’d flung his Carlin down the side of the PREMA, but Christian Lundgaard – a lap behind – appeared from the pits and Tsunoda needed lightning-fast reactions to evade the ART, diving back behind Shwarztman. Tsunoda had another attempt at Turn 4, easing past the Russian, who then lost a place to Drugovich as well.

There was movement in the race for the title as Schumacher bravely forced his way past both Dan Ticktum and Pedro Piquet for P8, while Ilott fell behind Guanyu Zhou.

Mazepin and Tsunoda were locked in battle for the lead. The two went back and forth, and it was the Carlin driver who eventually made the position stick, thanks to a brilliant late braking move. Having lost momentum, Mazepin was then at the mercy of Drugovich, before Zhou stunned the both of them and came out of nowhere to steal second in one fell swoop.

In the end, Tsunoda crossed the line with a 5.6s advantage over Zhou, with Mazepin retaining the final podium position. Drugovich settled for fourth ahead of Shwartzman. Ilott clinched sixth, directly in-front of his title rival, Schumacher, who’d made a late move on Daruvala. Ticktum and Piquet completed the top ten.

Schumacher retains a 14-point advantage heading into the final race of the season, sitting first on 213 points, ahead of Ilott on 199. Tsunoda is up to third on 186, with Mazepin fourth on 177 and Shwartzman fifth with 169.

PREMA are the new Teams’ Champions, finishing first with 382 points, ahead of UNI-Virtuosi on 342.5 and Hitech Grand Prix on 281. Carlin are fourth with 241 and ART Grand Prix fifth on 201. 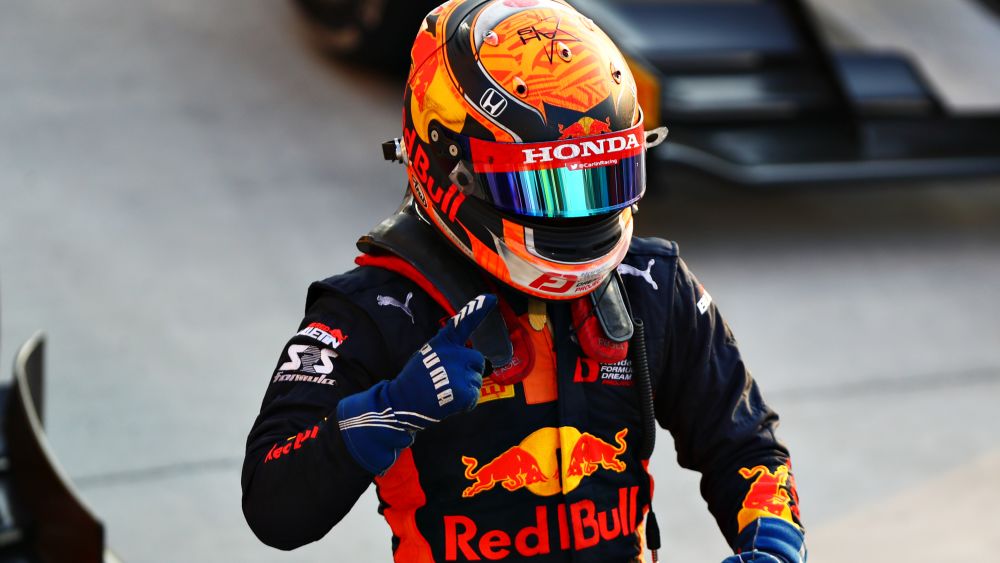 “I am really, really happy with my result and I want to thank Carlin again. We’ve had really good pace this weekend, especially in the race, and I done my job.

“The start was really bad, but I trusted my driving and my tyre management. Both went well and I got P1 back, so I am really happy and looking forward to tomorrow.”

Ilott needs a 14-point swing in his favour to take the title away from Schumacher in the Sprint Race tomorrow at 3.20pm (local time), with the two lining up in second and third.