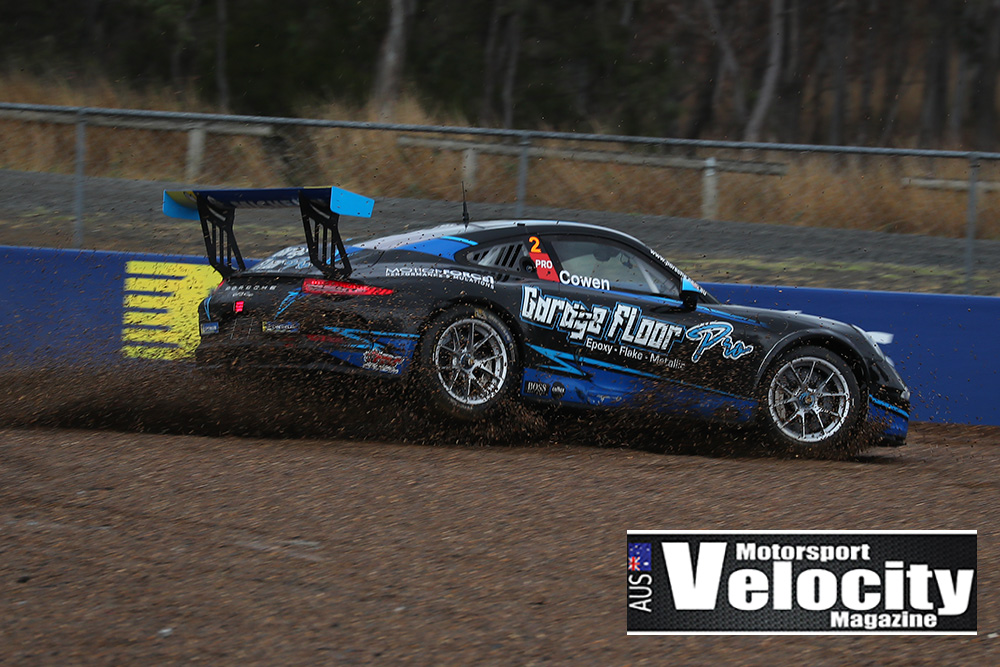 Inclement weather has played havoc with Saturday’s proceedings in Round 3 of the Australian Motor Racing Series at Queensland Raceway. While the conditions were mostly dry throughout this morning’s qualifying sessions, heavy rain in the afternoon caused some delays in the program with a couple of races postponed until Sunday.

TA2
Nathan Herne put his #29 Gulf Western Oils Dodge Challenger on pole by a commanding margin of almost a full second. Fresh from a record-breaking performance at Bathurst in the Aussie Tin Tops category, Herne dominated proceedings in a rain-soaked first race. The #29 had fallen to fifth after an excursion off the road at turn six on the opening lap, however the young gun made quick work of reclaiming the top spot. John McLaughlin (#17) finished second in his first ever wet TA2 race while Peter Robinson rounded out the podium. TA2 elected not to return to the track for their scheduled second race due to concerns about standing water on the circuit. 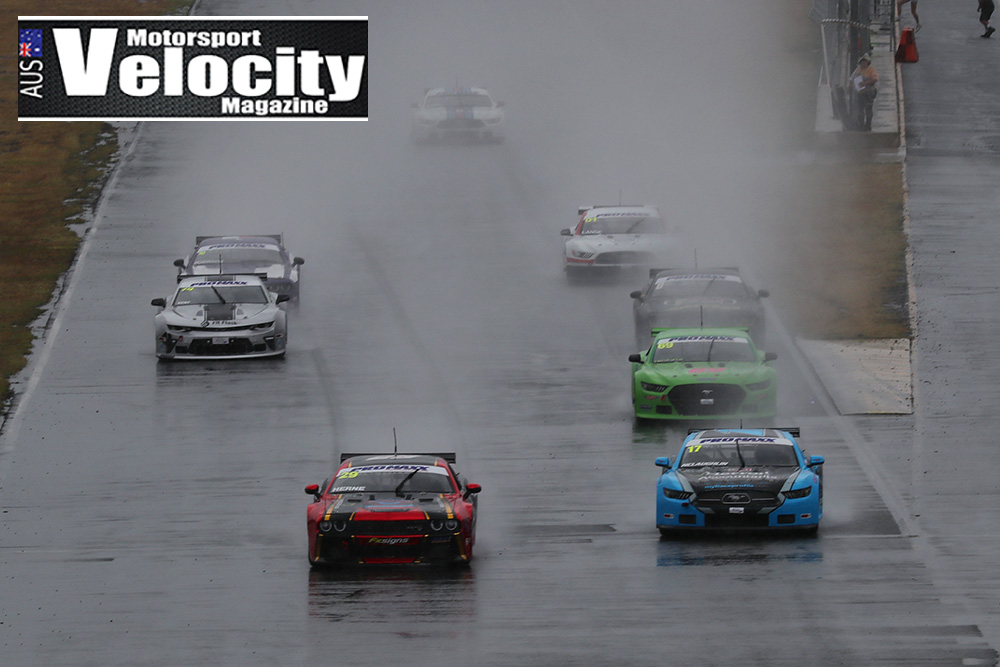 Super GT
Adam Hargraves was the fastest in qualifying, at the wheel of his #20 Localsearch MARCII Mustang, ahead of Geoff Taunton (MARC II) and Tony Quinn (Aston Martin Vantage GT3). Unfortunately, today’s scheduled first Super GT race did not go ahead as the inclement weather worsened following their qualifying session and the decision was made to add an extra race to Sunday’s running instead. 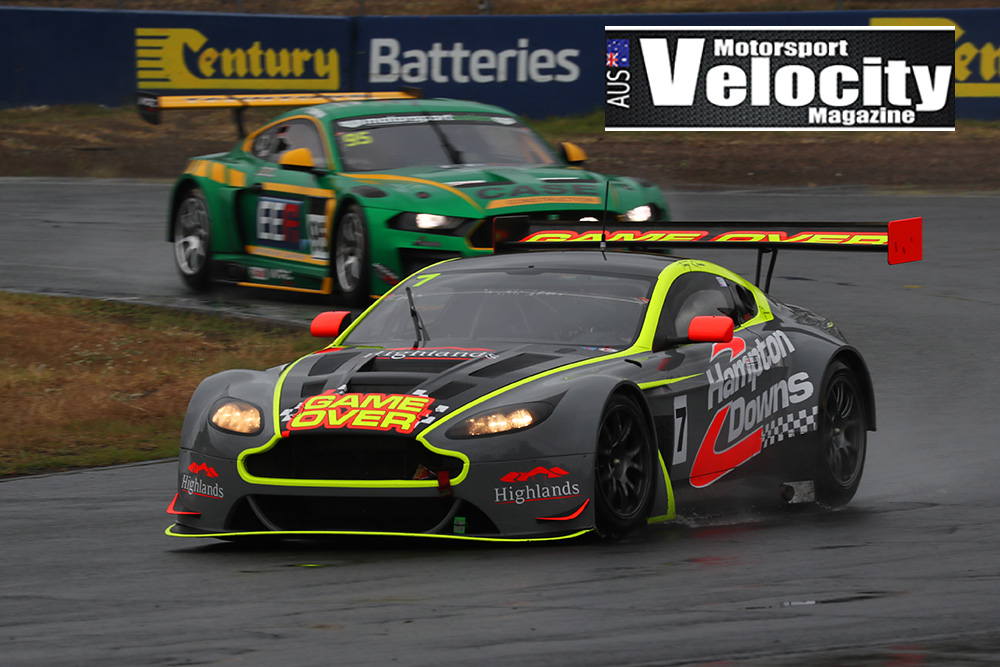 Excels
Qualifying was punctuated by multiple red flags, both to retrieve cars who had fallen afoul of the gravel trap at turn six. The #7 JLX Production/Kayla’s Cookery Excel helmed by Jarrod Hughes ended the session on top. The opening portion of race one was largely incident free, before drama erupted when a safety car intervention on lap six condensed the field. Bartholomew was handed a black flag for passing under yellow flag conditions, however he took to the restart still in first.  The resumption of green flag running brought chaos as Hughes and Zak Hudson both fired off the track, relinquishing their top three positions and  handing the win to Riley Beggs who crossed the line second behind the penalised Bartholomew. In race two it was Tyrone Gautier who took the early lead, with Beggs falling down the order. The leading group remained close all race as Hughes worked himself back to the lead, before being overtaken by Ryan Casha. Crucially, Casha remained out front to record the race win with Hughes following him across the line in second and Matthew Broadbent in third. 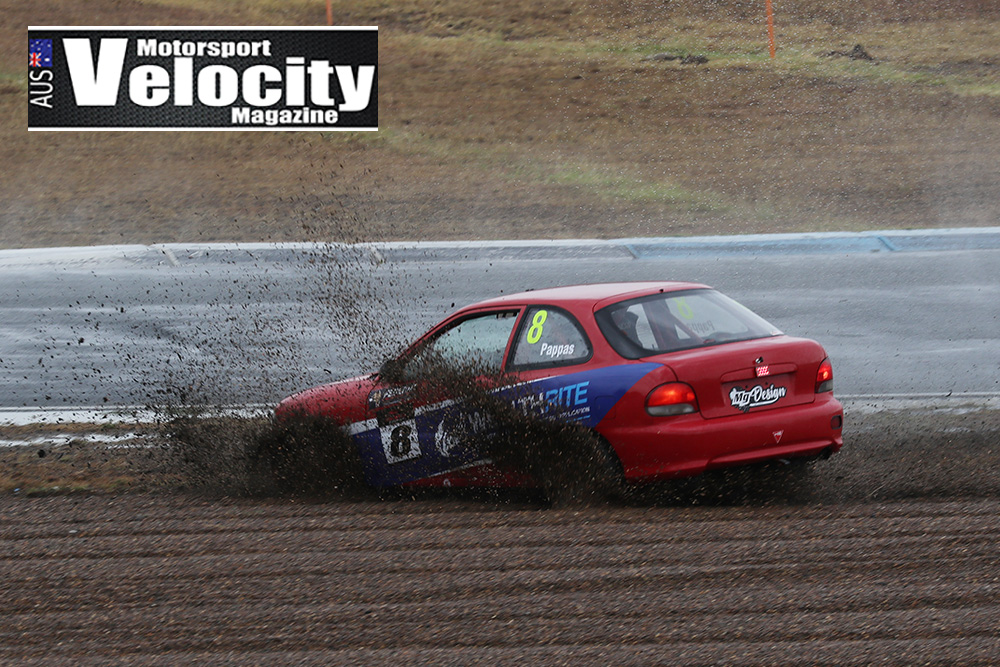 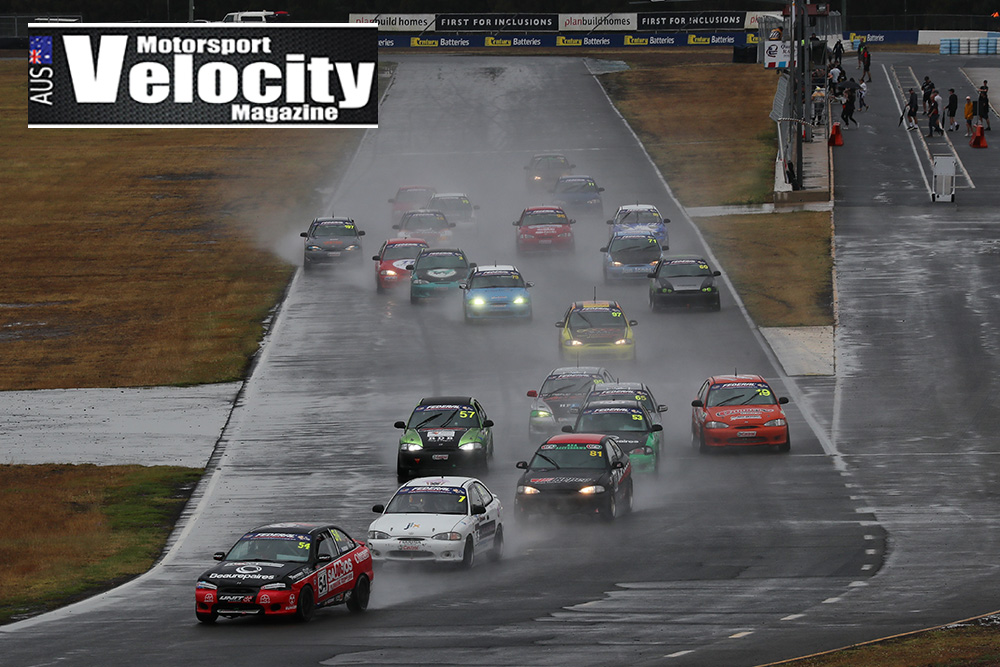 HQ Holdens
Harvey’s Towing Service Car #1 swept to pole for both sprint races, at the hands of Scott Andriski and Brandon Madden. The first of two sprint races (one per driver) was commandingly won by polesitter Andriski. Despite having his 14 second lead scuppered by a momentary safety car for the abhorrent conditions, Andriski won the Driver A sprint race over Schomberg (#31) in second and Van Twest (#6) in third. Race two was won by Ashley Jarvis in the sole Gemini entry; Brandon Madden finished 2nd and was the leading HQ runner ahead of Dion Cidoni. 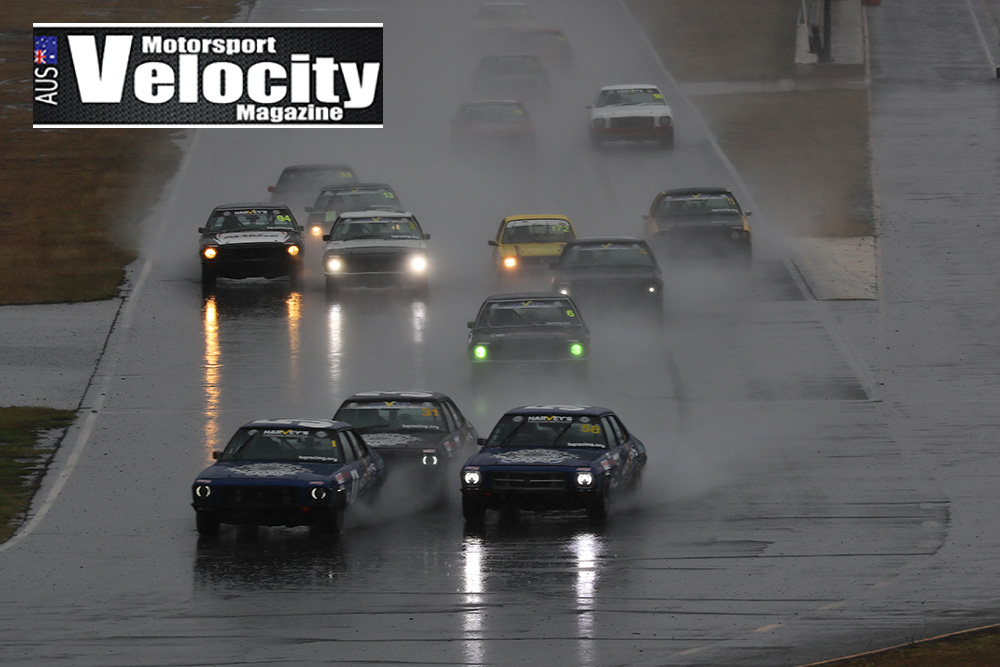 QLD Open Wheelers
Pole position went to the WLM Motorsports #4 Mygale Formula 3 car driven by Chris Purvis, after a mid-session downpour precluded any other drivers from improving their lap times. David Rodgie (Chiron LMP3) inherited pole position for the delayed first race after Purvis elected not to run on the treacherous track. The race ran cleanly with Rodgie walking away as the winner ahead of Formula Ford drivers Jac Preston and Jack Hotter. 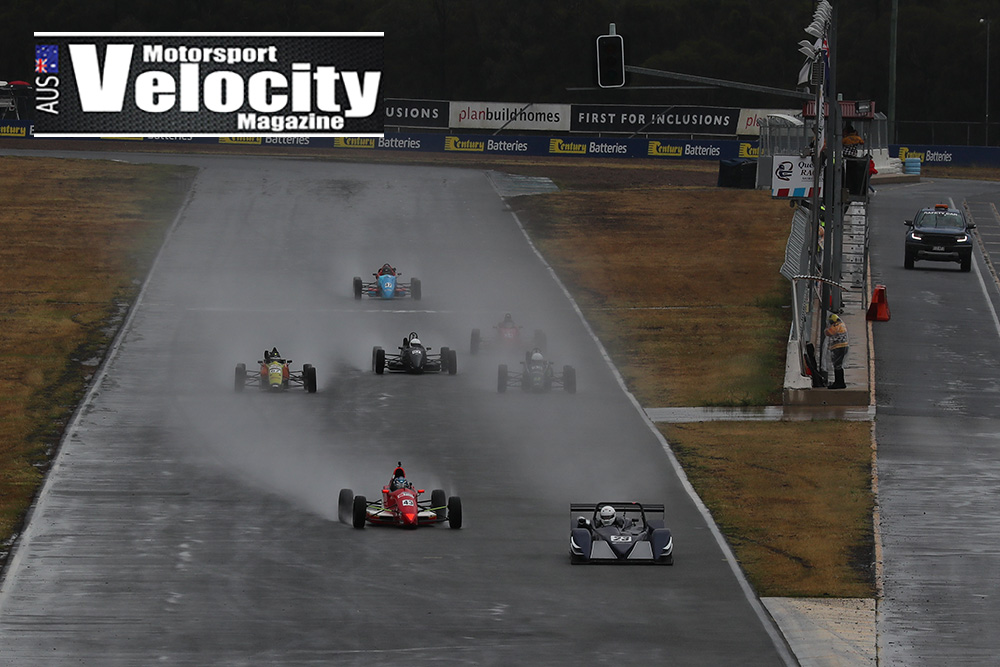