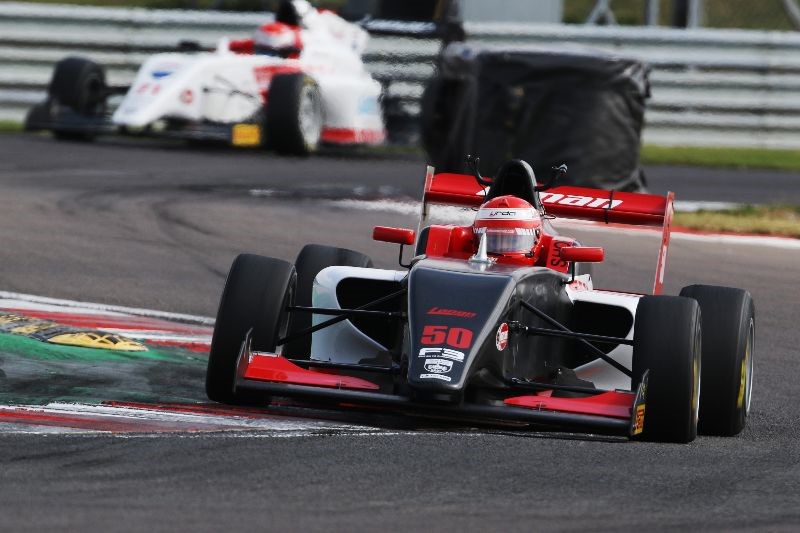 Australian racer Bart Horsten fought back from a testing accident to narrowly miss out on a second BRDC British F3 Championship podium in a dramatic second meeting of the season at Donington Park last weekend (15/16 August).

The Perth youngster kicked off the season with a podium finish during the season-opening weekend at Oulton Park two weeks prior, and travelled to Leicester looking to add further silverware to his name in the latest three races of the campaign.

Whilst topping the times in the final session of Thursday afternoon’s testing, the 18-year-old was powerless to avoid a heavy collision with a stationary Nico Varrone across the track at the exit of the Old Hairpin. Horsten was thankfully unhurt in the shunt, and it was only down to the heroics of the Lanan Racing mechanics that he was able to return to the track as early as the following day. 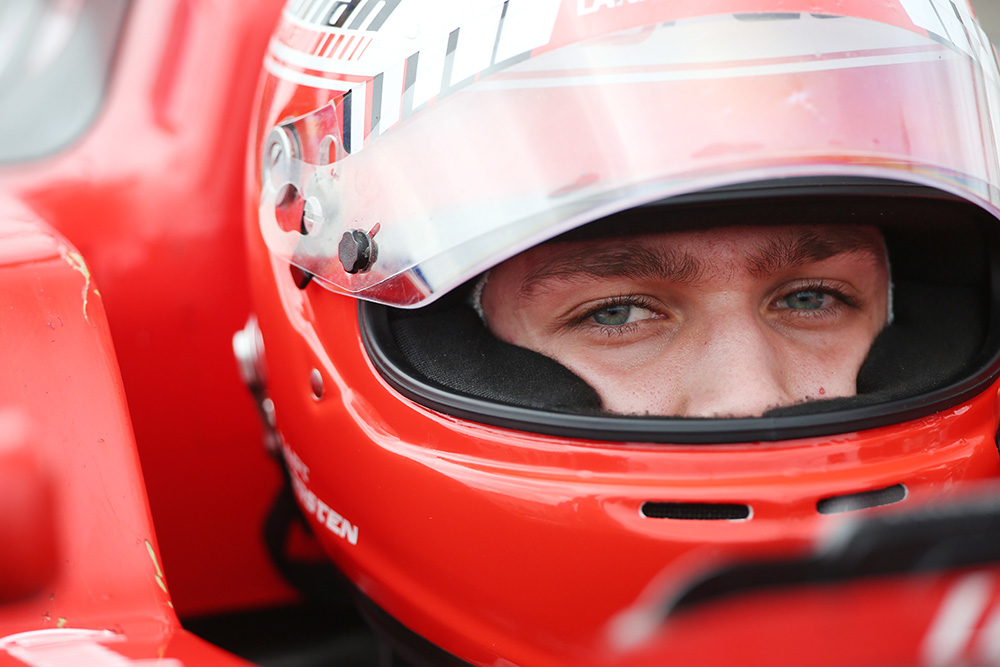 A remarkable recovery looked on course as early as Saturday qualifying when Horsten’s pace was enough to secure fifth on the grid with a time only 0.2s from pole position. Unfortunately, a post-qualifying penalty put Horsten and a number of fellow rivals to the back of the grid for the first race of the weekend.

It fired up the Young Racing Driver Academy driver who responded with a fine drive by passing nine drivers during the 12-lap opener, narrowly missing out on a top 10 finish despite his best efforts to usurp Nazim Azman in a final lap charge.

Buoyed on by the pace shown, the weather then threw an extra curveball into the mix the following day. Rain ensured the second and third races were wetter affairs, Horsten starting eighth for race two with the opening result reversed to decide the grid.

Horsten, backed by sponsors The Web Guys, Kapow! Coaching, CKD Shop and EP Warmfloor, got the opportunity to showcase his wet weather abilities and climbed the field once again, moving up into fourth place heading into the final laps. The Lanan driver gave chase to Oliver Clarke with a second podium of the season in sight, but came just short of completing the recovery story and finished fourth by less than two seconds.

Put at the back of the grid for the final race of the weekend, Horsten set about making progress with the track surface still greasy. The Australian gained five spots on the opening lap, finishing 14th after fighting his way through an enticing battle with Manaf Hijjawi and team-mate Josh Mason.

With the opening two meetings under his belt, Horsten’s next quest for silverware comes in two weeks’ time when the BRDC British F3 Championship heads to Brands Hatch GP circuit on 29/30 August.

“It’s been a really positive weekend, in the sense that in the first race I felt that we were probably the fastest out there. The car was amazing in that race and considering the guys were working through the night just to get us back on track after what happened, it’s an amazing job by them and shows the progress we made in a short space of time.

“Unfortunately we seemed to struggle in the wet, but one of the changes we made did help us a bit. We struggled for grip in the last race, but we still gained places all weekend and made the best of the opportunities we had. When the time is right we’ll capitalise on our pace from better grid positions.

“I like Brands Hatch and drove there last year in the wet which was fun, so anything is possible. It’ll be all about getting out there in testing and seeing what we’ve got compared to the other guys, then getting a good qualifying this time. I’m really looking forward to the challenge of racing on the GP circuit.”