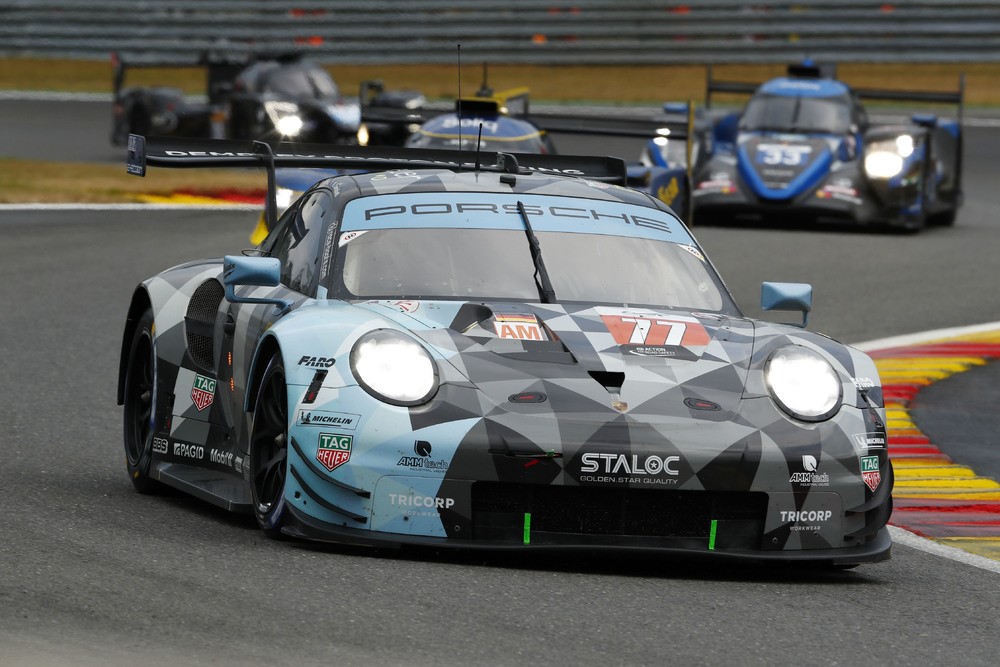 The young Australian put in a particularly impressive drive against tough competition.

Matt launched a renewed attack in the final phase of the race and mobilised the full potential of the 2017-spec version of the Porsche 911 RSR. At the flag, he was only 2.898-seconds off securing the first win of the season.

🔙 Yesterday finishing #P2 at #6HSpa! Hard old race with plenty of mixed conditions along the way! Had some great speed but just lacked a little track position in the end… Enjoyed being back in the @FIAWEC #paddock🔝Happy for our first #Podium in Season 8 pic.twitter.com/kNtUSyiMj1

Shortly before the start of the rehearsal for the upcoming season highlight in Le Mans, the sky over the Belgian Ardennes opened its floodgates. Heavy rain flooded the racetrack to such an extent that the six-hour race had to start behind the safety car. When the race finally went green, the rain eased off but the Porsche drivers found that their  Porsche 911 RSR’s offered barely any grip.

Matt talks about how his stints in the car were on a drying track and freshly on slicks to boot! (See the Audio files below)

Another heavy shower in the first half of the race resulted in a second safety car phase. When the sun reappeared after three hours of racing, the strengths of the new 911 RSR also emerged.

In the second Audio message from Matt below we asked him to give us a bit more insight into racing around Spa in the wet compared to running in the dry on such an amazing circuit.

This is what it was 10mins ago. 🌊🐟#WEC #6HSpa #WECRacesForYou pic.twitter.com/DYDjor41PR

LISTEN TO WHAT MATT HAS TO SAY HERE

Up next for Matt is the second 6 Hour GT World Challenge Europe at another amazing circuit, the Green Hell – Nürburgring September 6th.