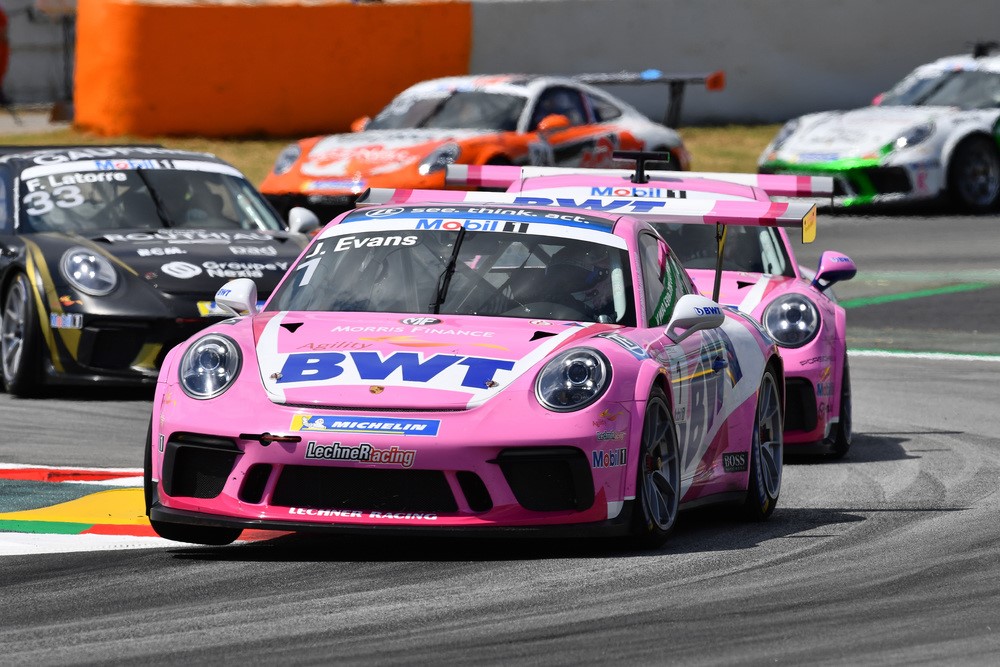 Jaxon Evans scored a second spot on the Porsche Mobil 1 Supercup podium at the Spanish round, it could have been a race win when the race was red flagged under safety car, however the race was re-started off the grid rather than a safety car lead start.

Initially, it looked as if Jaxon Evans had wrest victory from polesitter Ten Voorde, he got the better start and overtook the Dutchman in the first corner. A collision, however, halted the race after a few seconds when a driver stalled at the start. The evasive moves of the drivers starting further behind led to a chain reaction with four vehicles becoming entangled in the collision.

When the race went green again off a re-set grid, Ten Voorde turned the tables: He overtook the now-leading Evans and eked out a small advantage over the remaining laps. “Jaxon simply got off the line better at the first start,” admitted Ten Voorde. “But I couldn’t resist the chance of correcting that at the restart.”

For Evans, the two starts were the complete opposite. “My first was perfect, the second I misjudged my tyre temperature and fluffed the clutch – that opened the door for Larry to overtake me.”

This begs the question did a race win go out the window for Jaxon with the unsual restart method? Velocity magazine asked Jaxon to send us his thoughts on the race: 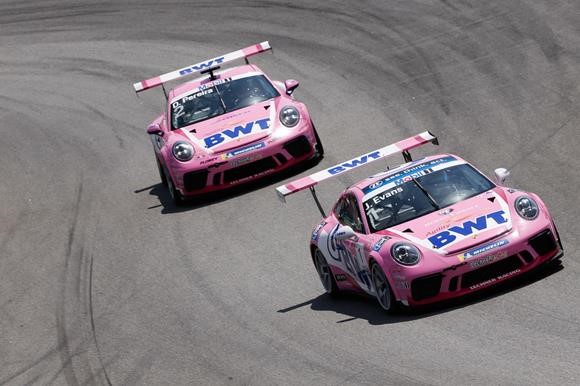 Next stop for the Porsche Mobil 1 Supercup is the Formula One racetrack in Spa-Francorchamps (Belgium), where the seventh round is held as part of the Belgian Grand Prix in two weeks’ time (30 August 2020).