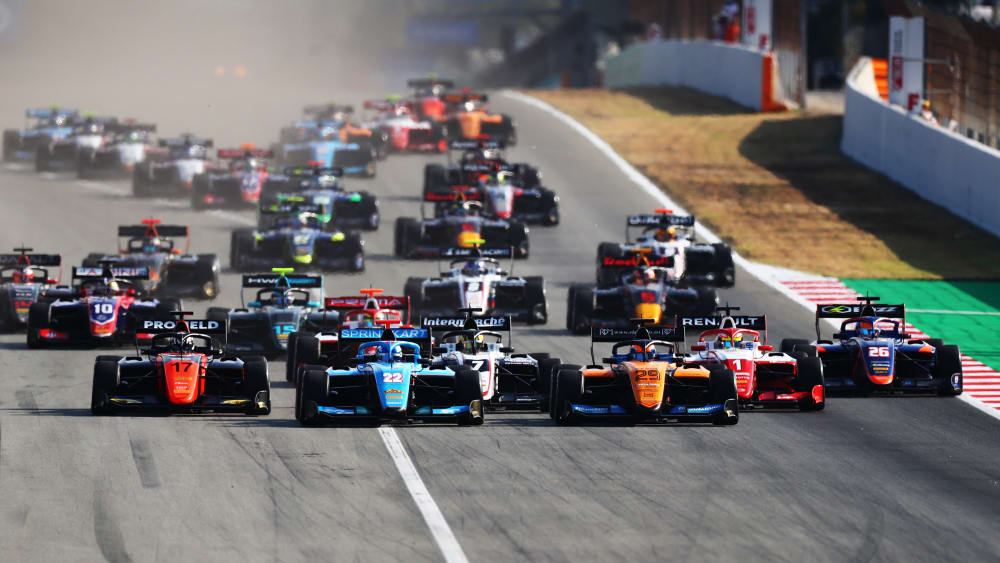 As we posted, the Aussies doubled in Spain! Oscar Piastri wins with Alex Peroni second.

Peroni took the lead at turn 1 only to run a little wide when touched in the back by Nannini. Piastri jumped from 5th and took advantage of the brief moment to steal the lead for his countryman.

Peroni then avoided a dive by Nannini at turn 4 and dropped to 3rd. He was able to use DRS to move back into 2nd position but was unable to mount a challenge on the leader.

Piastri’s win and fastest lap moves him back to within one point of championship leader Logan Sargeant.

Piastri told the F3 media after the race, “I am very happy with that. It had been a pretty average weekend so far, but we made up for it in that one. A massive thank you to the team for a great car, not just today, but all year.

“We are definitely back with some strong points in that one and I am looking forward to the next three – let’s try and win this one.” 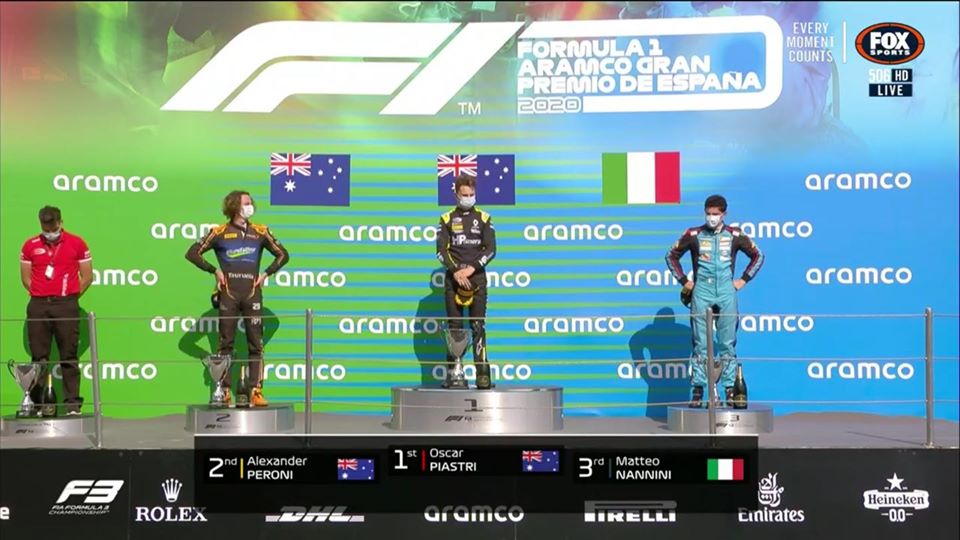 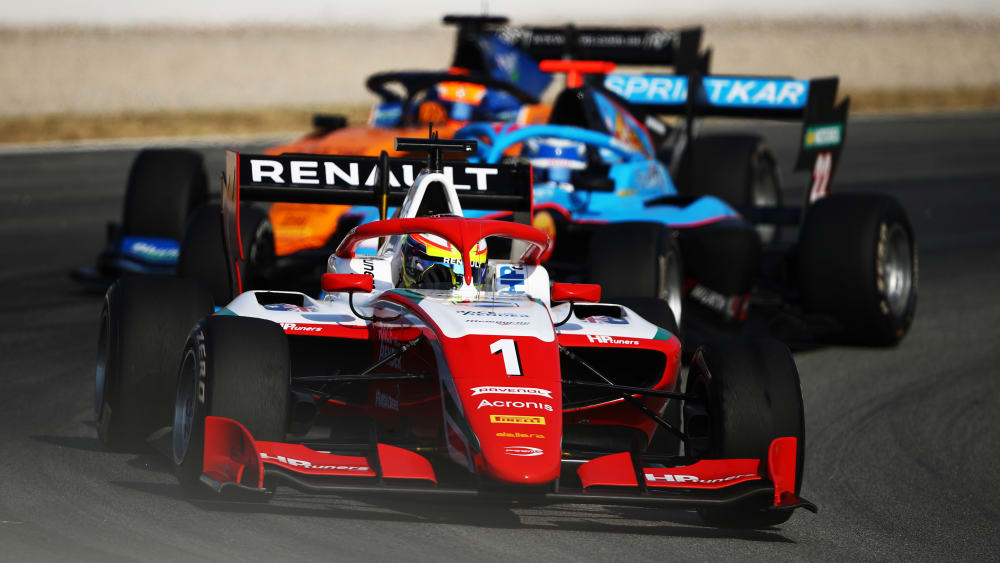 Spa is up next in a couple of weeks!

Oscar Piastri got his title bid back on track in Race 2 at Barcelona with his second FIA Formula 3 win, and his first since the opening race of the season. The PREMA driver put in the hard yards at the start, launching all the way from fifth to first inside of the first lap, to finish ahead of Alex Peroni, who scored his third podium of 2020.

The Campos driver briefly took the lead from pole-sitter Matteo Nannini at the first corner, but couldn’t match Piastri’s pace and settled for second place. Nannini held onto third for his maiden podium.

Championship leader Logan Sargeant ensured he scored good points, making up four places to fifth inside of the opening lap.

Starting from reverse grid pole for the first time, Nannini didn’t enjoy the getaway he’d have hoped for when the lights went out. The Jenzer Motorsport racer suffered from wheelspin and was pulled into a pack of five drivers all gunning to steal first.

Richard Verschoor nosed in front off the line, but Nannini squeezed him when they went wheel-to-wheel down the straight and he was forced to ease off the throttle.

This allowed Peroni down the outside and edge into first, but Piastri had launched from fifth and clawed his way ahead of them all by the exit of Turn 4 to take the lead for himself.

Nannini managed to fight back ahead of Peroni to reclaim second, as the front five cars settled into a train with Sargeant enjoying a sterling start himself, leaping four places from ninth to fifth.

They were all given a breather when the safety car was brought out for an incident further back. Dennis Hauger came to blows with Leonardo Pulcini and spun the Carlin Buzz Racing driver around on track. Both were able to get going again, but they’d given Max Fewtrell and Olli Caldwell nowhere to go and they were both forced into the gravel trap in an attempt to dodge the collision.

Piastri peeled away when racing resumed, and quickly built up a DRS robbing 1s lead, with the front five unchanged. In second, Nannini had Peroni all over the back of him. The Jenzer man managed to fight on for another five laps, but he eventually surrendered the position as the Campos driver flung down the side of him on the main straight and made it stick into Turn 1.

Piastri had built up a strong 3s gap out in front, but this was cut to zero by a second safety car outing, after Federico Malvestiti ditched his car in the gravel. The PREMA racer kept Peroni at bay when racing restarted and went back to work rebuilding the gap.

The Australian calmly closed out the win, with a 1.1s gap on Peroni, as Nannini held on to third. Verschoor sealed fourth, ahead of Sargeant. Théo Pourchaire, Liam Lawson, Enzo Fittipaldi, David Beckmann, and Jake Hughes took the final points positions.

Sargeant retains the lead of the Drivers’ Championship by a single point. The American has 131, with Piastri in second on 130. Lawson is third on 99, ahead of Beckmann and Pourchaire. PREMA lead the Teams’ Championship with 331.5 points, ahead of Trident on 144.5. ART Grand Prix are third, ahead of Hitech Grand Prix and MP Motorsport.

Sargeant and Piastri will pick up their Championship battle in the final set of triple headers, in Spa-Francorchamps in just under two weeks’ time, With just three rounds to go, and only one point separating the top two, it should prove to be a thrilling climax.