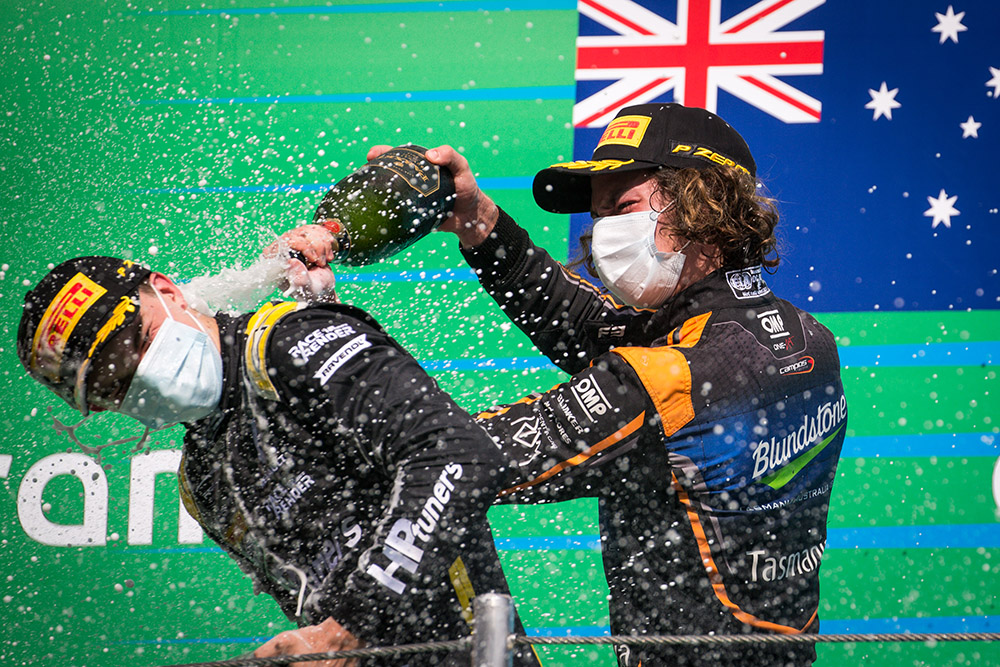 Alex Peroni has finished second to fellow Australian Oscar Piastri, in the final race of the Barcelona round of the 2020 FIA Formula 3 Championship.

Starting from P3 for Sunday’s race, following reverse grid from Saturday’s feature, Alex flew off the starting grid to pass both pole sitter Matteo Nannini and other front row runner, Richard Verschoor, to lead through the first corner.

Unfortunately Nannini made contact with Alex’s rear right rear which effected the Tasmanian’s run into the second AND  3rd turns on the opening lap, resulting in fellow Australian Oscar Piastri grabbing the lead.

Peroni managed to pass Nannini for the second time in the race but struggled to make ground on Piastri who extended his lead.

But a safety car late in the race, brought the field back together and Peroni gave it his all late in the race to finish 1.176 seconds behind Piastri at the finish of the 22 lap race.

The Aussie one two is a great result not only for Alex and Oscar, but also Australian motorsport that clearly has two extremely talented young drivers capable of following Daniel Ricciardo into Formula One.

Alex scored 12 points on Sunday to add to his 4 points from Saturday maintaining his position in 8th place on the Championship standings.

“Overall to finish second and have good pace at the end, we can be happy with that for sure,” said Peroni

“I managed to get a good start and went around Nannini on the first turn. Unfortunately he touched my right rear which put me out of line for T2 and T3 when Piastri passed me.”

“After the late safety car, the front end was good but my rears were going away.”

“I don’t normally rave about finishing second but to stand next to a fellow Australian on the podium, is something very special that I will never forget.  Well done to Oscar and thanks to my team at Campos for a fast car and to all my fantastic sponsors and supporters.”