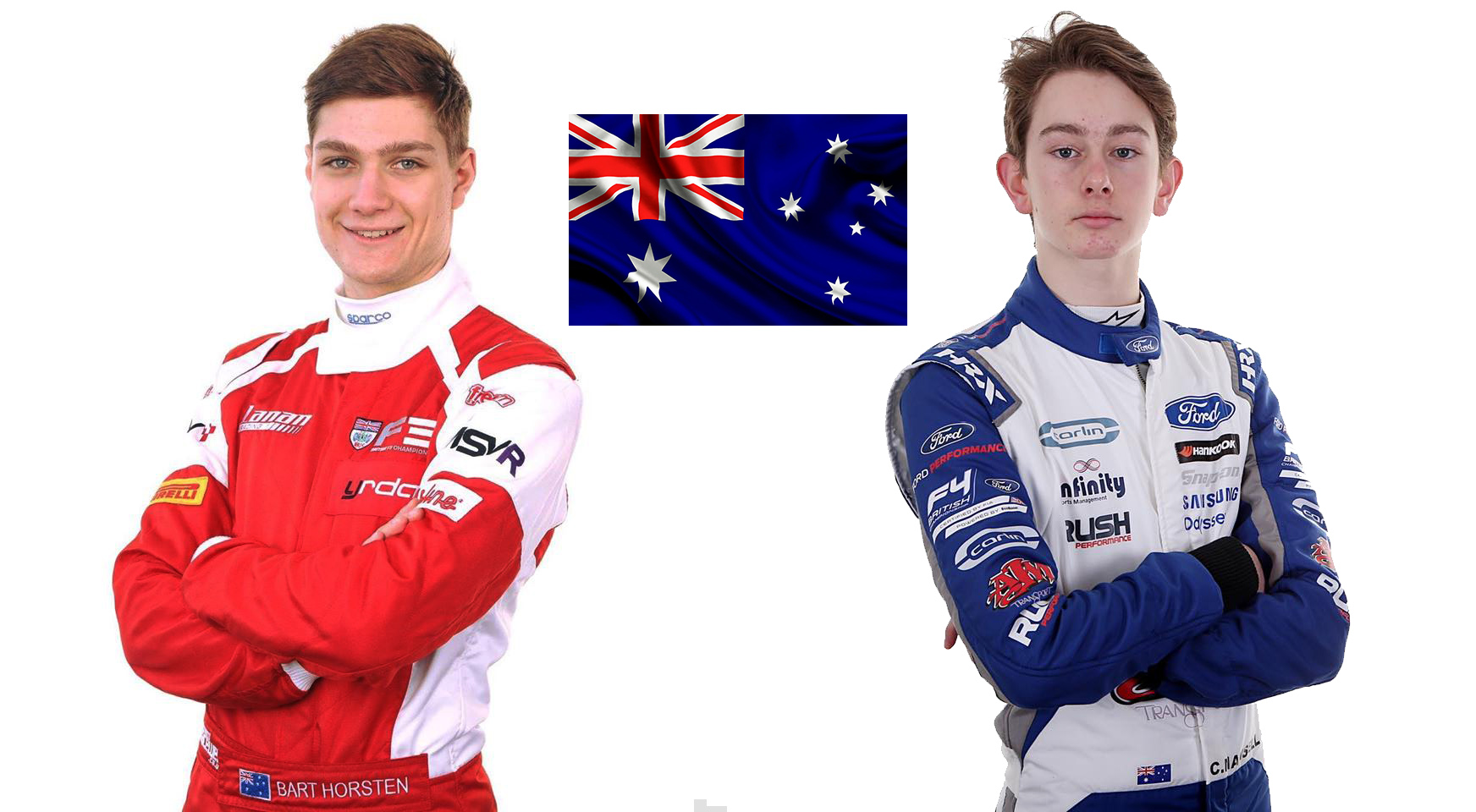 Young Australian single seater drivers looking to make a name internationally Bart Horsten and Christian Mansell are plying their trade in the British F3 and F4 series’ respectively, and as always Velocity Magazine is trying to give them as much media here back home as we can, read how they went on the weekend at Oulton Park & Donington Park .

Bart Horsten opened his account in the British Formula 3 series with a 3rd place in race 2 and 6th in the third race of the weekend in the Lanan Racing entry at Oulton Park. (Read our past stories for Bart Horsten here.)

Christian Mansell endured a torrid introduction to British F4 at Donnington Park. A start line infringement saw the young Australian penalised and dropped down the order. A frenetic start to the second race saw Mansell tipped into the gravel, though the race was red-flagged almost immediately after another incident saw cars and debris across the track. Mansell recovered to record a fine fifth place when the race was eventually re-started.

Velocity Magazine will have more news to follow from both young Australian drivers, stayed tuned.