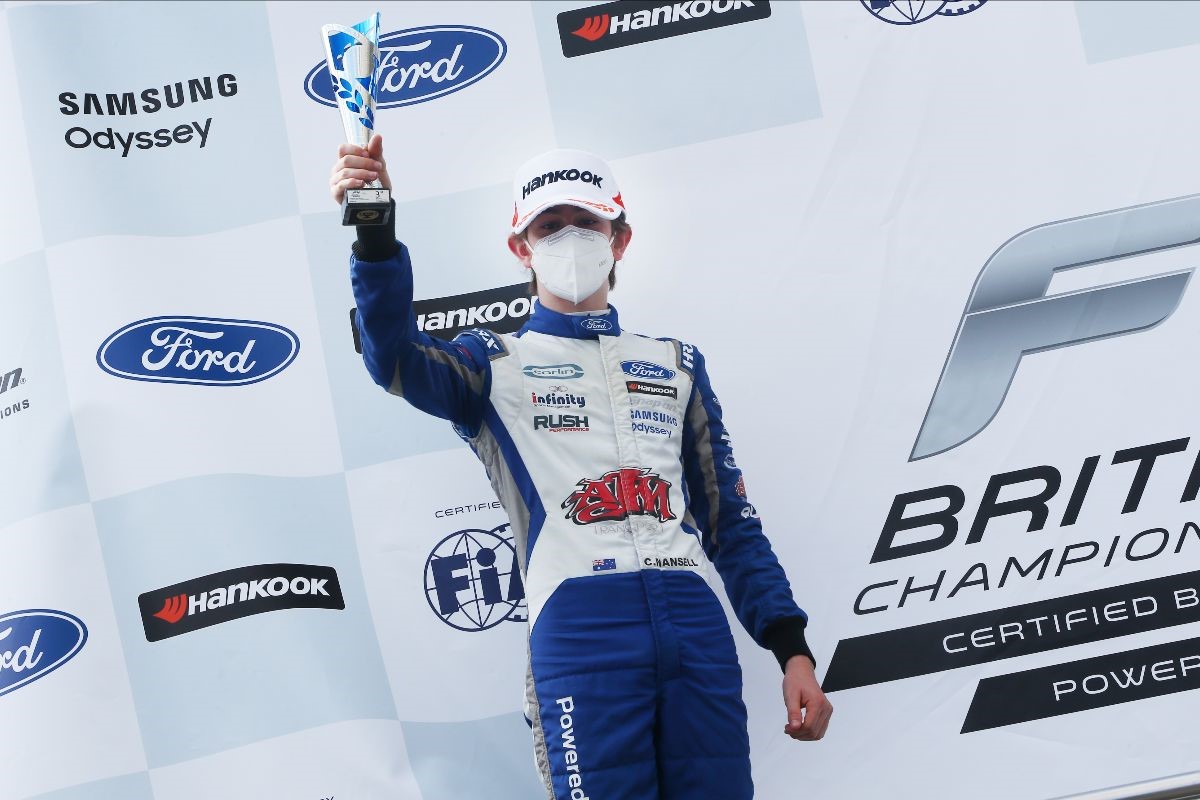 Christian Mansell made it a debut to remember in the F4 British Championship certified by FIA – powered by Ford EcoBoost at Donington Park this past weekend (August 1/2), claiming a pair of Rookie Cup podium finishes.

Embarking on his first full season of single-seater action with leading outfit Carlin, the Australian racer enjoyed an eventful three races around the 1.9-mile Leicestershire venue as the 2020 finally roared into life.

Backed by AJM Transport, Castrol and Vawdrey Trailers, the 15-year-old kicked off his weekend by starring in both practice sessions on Friday. In an ultra-competitive qualifying session on Saturday, Mansell went on to set a best time of 1:08.874 to secure a ninth place start.

Lining up on the fifth row of the grid for the opening encounter, the New South Wales-based driver was unfortunately adjudged to have jumped the start and handed a post-race time penalty. Despite running comfortably inside the top eight throughout the 20-minute race, the former karting front runner was classified in 12th.

Aiming to bounce back in race two, Mansell found himself in the thick of the action as he was caught up in an incident on the first lap, leaving him in the Coppice gravel trap. Fortunately the red flag was soon shown and he was able to get back on track.

Forming up on the grid for the restart, the Infinity Sports Management, Rush Performance, IOR Petroleum, AW Performance and AMSL Diabetes Australia sponsored ace served up a spirited fightback.

Running competitively inside the top seven for a majority of the race, a late charge saw the debutant cross the line in fifth; equating to third in the Rookie Cup category.

Rounding out the weekend starting eighth – broadcast live on ITV4 – Mansell once again underlined his credentials as one to watch in 2020 as he found himself going wheel-to-wheel with a number of competitors.

Hot on the heels of a train of cars, he made a stellar move in the latter stages to cross the line seventh overall and second in the Rookie Cup class. 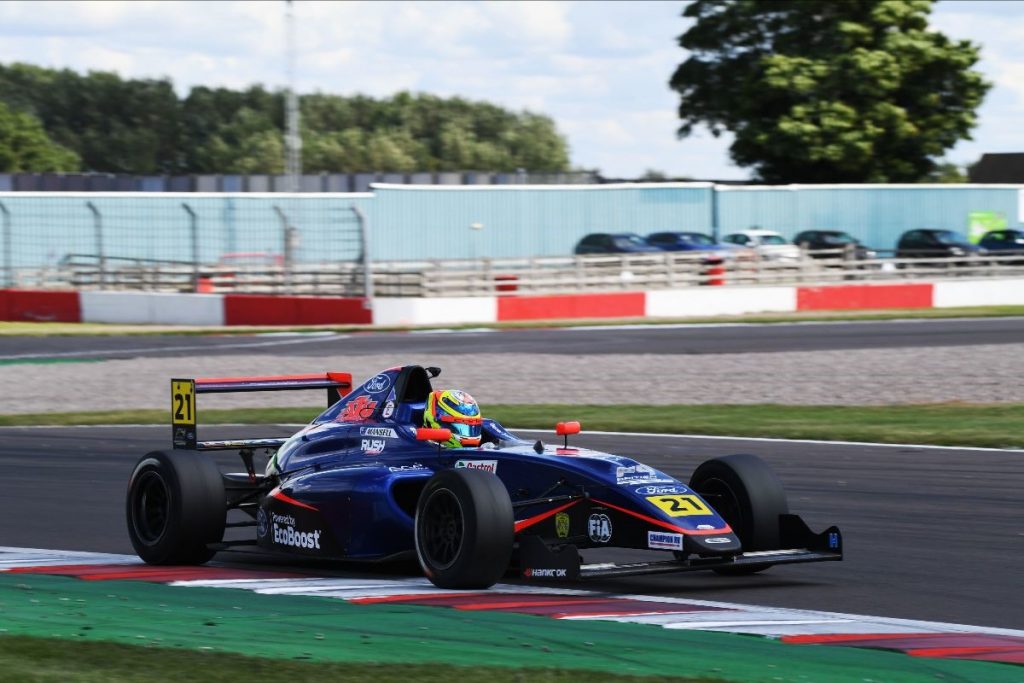 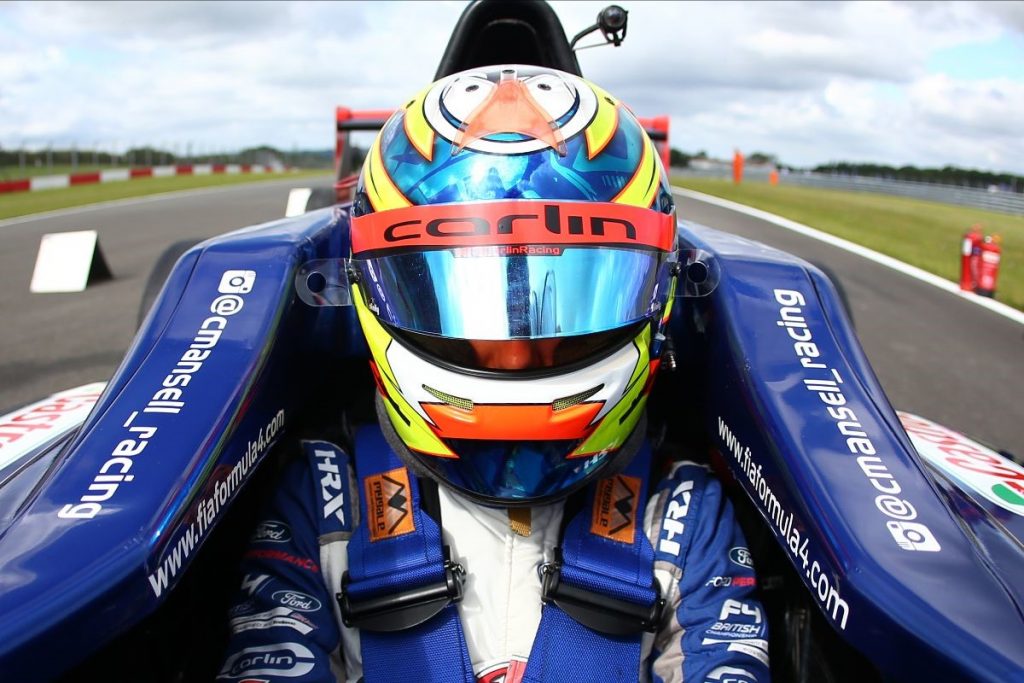 Christian Mansell: “Overall it has been a really successful weekend where we’ve had some great results and almost more importantly, gained lots of experience and improved every time we have been behind the wheel.

“I was a little bit frustrated with how qualifying went but I think we showed that we can compete in the races. Obviously taking a time penalty wasn’t ideal in race one but to manage to make it to the restart in race two and fight our way to fifth was amazing.

“Race three was a lot of fun; I had some good battles and made quite a big move towards the end which I was quite proud of. We can leave Donington Park with our heads held high and I can’t wait to head to Brands Hatch now – I’m confident we can build on this weekend’s results.”

The 2020 F4 British Championship certified by FIA – powered by Ford EcoBoost returns in less than a weeks’ time; with Rounds 4, 5 and 6 taking place around the Grand Prix layout of Brands Hatch on August 8/9.