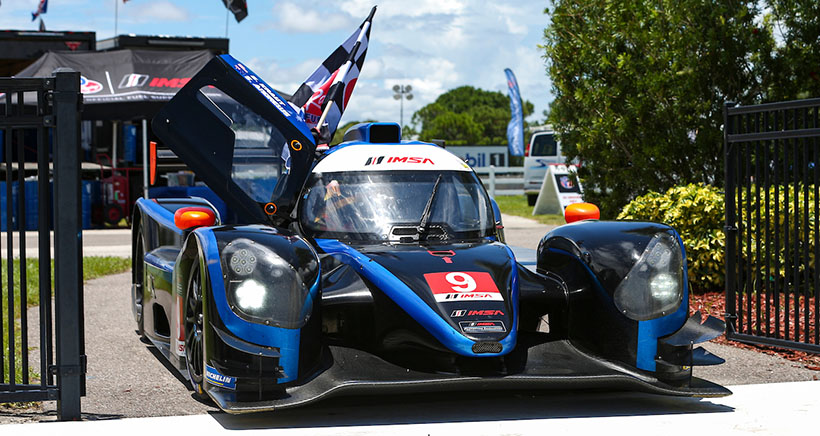 Australian racer Scott Andrews flies under the International Motorsport radar, and last weekend he and co-driver Gerry Kraut charged from last on the starting grid and earned a strategic victory in the one-hour IMSA, 45-minute race at Sebring International Raceway.

Velocity Magazine, as many of you will know are keen supporters of young Australian Drivers overseas and try hard to give them the coverage they deserve both online and in our glossy magazine.  With this in mind we will run as much media for Scott over 2020 and beyond.

Qualifying for the race was was rained out and as Andrews didn’t compete in round 1 they started from the back due to championship points. Kraut took the green flag and used his head, kept it clean and handed Scott the car in p5… taking advantage of the safety car they pitted for fuel, tires and driver change.

It was a risky move as Scott would have to save about a lap of fuel… but he came out in front and had track position. From there IScott made no mistakes on the super hot greasy conditions, and as the fuel load lightened at the end of the race because they conserved at the start he was able to push at the end and set not only fastest lap but a new race lap record, which is their 3rd race lap record in a row in IMSA PC.

Scott had this to say exclusively to Velocity Magazine: “We took a little bit of a risk with the strategy as I would have to fuel save and probably tire save a bit to have something at the end of the race. Ultimately it was the winning strategy so a big shout-out to my engineer John Walko. I can’t thank Gerry, and JDC MotorSports enough for continuing to put their faith in me to get the job done. It’s been a while coming this win, for Gerry and myself. Last year we had the pace but some bad luck and also the driving pairing rules went against us. This year it’s a much more level playing field, and it feels amazing to not only get the win, but on our first race back after the long break, is a great feeling.”

In the first IMSA Prototype Challenge race since Jan. 4 at Daytona International Speedway, Scott Andrews and Gerry Kraut charged from last on the starting grid and earned a strategic victory in the one-hour, 45-minute race at Sebring International Raceway.

Because of a qualifying rainout and the fact that the team did not participate in the season opener, Kraut started from last on the grid but worked his way forward in a strong opening stint before pitting to hand the No. 9 JDC MotorSports Norma M30 over to Andrews. The timing of the pit stop turned out to be perfect, as Andrews found himself at the head of the field at the end of the pit-stop sequence.

Andrews then confidently pulled away from the field on a pair of restarts with under 30 minutes left in the race and cruised to victory by 14.810 seconds over Stevan McAleer in the No. 10 Robillard Racing Norma.

“The strategy that we called was just mega,” Andrews said. “That was basically the race-winning strategy. It was an awesome job by Gerry on his opening stint starting from last and he kept it cool, kept it clean, picked them off driving against some guys a third or half of his age sometimes. He was doing a really great job out there and keeping it clean as well.”

It was Andrews’ first career victory in IMSA Prototype Challenge competition and Kraut’s first since an L1 Masters class win at Sebring back in 2016. The duo’s previous best run together was a third-place showing last summer at Canadian Tire Motorsport Park. 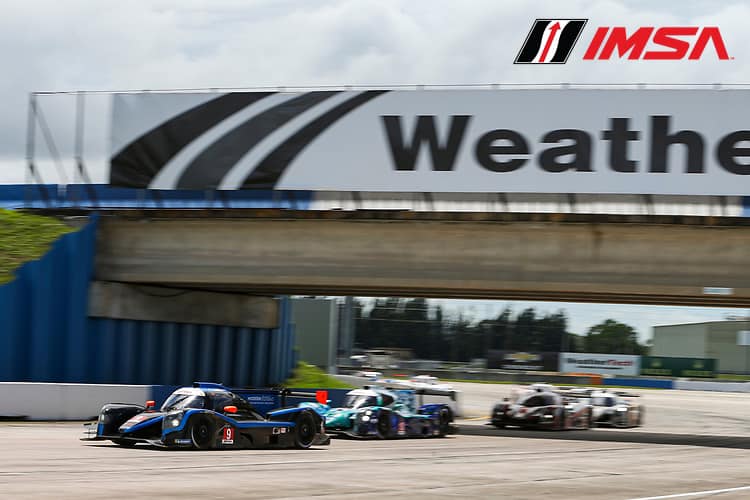 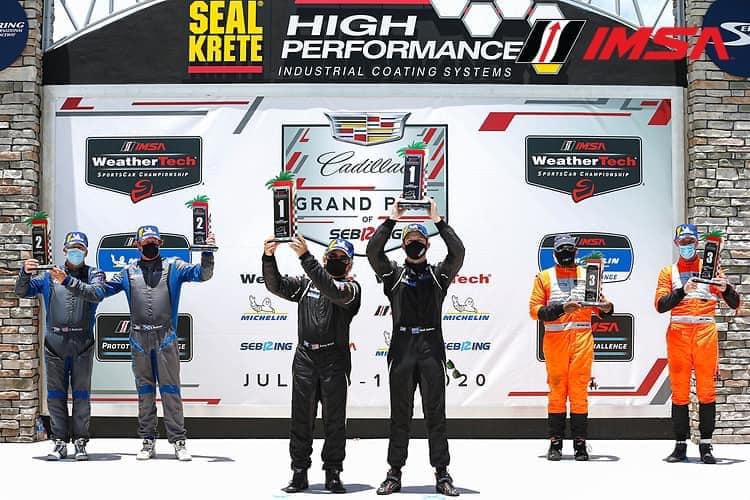 “I’ve been coming to Sebring a lot, and it’s taken me a long time to figure it out, the track and the bumps, but I do love this place,” Kraut said. “It’s very challenging, it’s very physical, and you need to respect it and let the car do its job for you. That’s what I’ve done since I’ve raced here.”

McAleer and Joe Robillard wound up second in the No. 10 machine in what also was their first IMSA Prototype Challenge start of the season after a mechanical issue prevented them from competing at Daytona. McAleer held off a hard charging Matt Bell in the No. 64 K2R Motorsports Norma in the closing laps to secure the runner-up spot.

Bell and co-driver Naveen Rao claimed the final spot on the podium with a third-place run. Rao took the lead at the drop of the green flag after starting second and remained out front throughout his stint before giving way to Bell. It was their second consecutive podium result after opening the year in second place at Daytona and it moves them to the top of the championship standings with two of six races complete.

Dakota Dickerson and Dom Cicero took fourth place in the No. 54 MLT Motorsports Ligier JS P3, with Greg and Eric Palmer completing the top five in the No. 3 Jr III Racing Ligier.

Keith and David Grant capped an eventful race with a Bronze Cup class victory in the No. 40 Forty7 Motorsports Norma.

“We’re glad to be back racing, at least for a short while we were,” said Keith Grant. “Yesterday was a challenge because it rained out our qualifying and we felt like we could’ve put the car on the pole and been able to pull a gap.

“Unfortunately, we didn’t do that and had to start at the back. I got the car up to the lead in the first stint, but not by much and then went through the pit stop. David came back out and just made a mistake passing somebody and the rest was history after that. Unfortunately, we ended up back in ninth.”

It’ll be a much quicker turnaround between Rounds 2 and 3 for the IMSA Prototype Challenge as the series returns to action in two weeks at Road America.