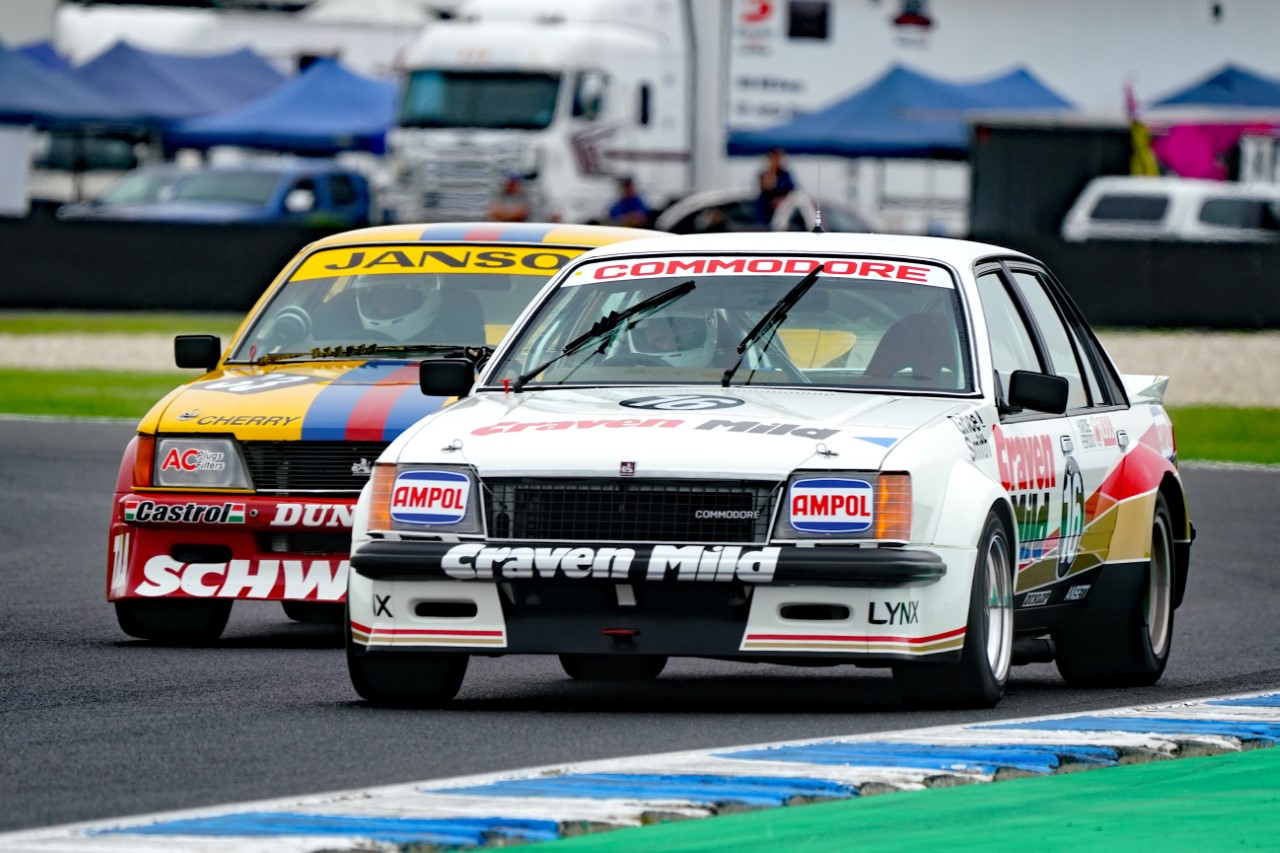 Two iconic Bathurst 1000 Commodores will return to the famous Mount Panorama circuit this November for the inaugural Bathurst International.

Confirmed to take part in the Holden Bathurst Revival will be Allan Grice’s Craven Mild Commodore VC, and the Peter Janson Cadbury Schweppes VH example in the class that celebrates all eras of the ‘The General’s’ motorsport history.

The two early model Commdores join a growing list of Holden race car variants, from the first ever Holden model, the 48-215, through to Group A Commodores and modern V8 Supercars.

The Grice Holden, now owned and driven by Gary Chick, is the oldest Group C Commodore in existence. The car remains in its original condition, dressed in the colours that Grice and John Smith raced it in the 1980 Bathurst 1000.

While Grice was never able to take the car to victory at Bathurst, it did score a win at Oran Park in 1980 in the hands of Bob Morris, and Chick says that was keen to get the car back to the circuit for what will be the 40th anniversary since its first 1000.

“It’s 40 years since its first Bathurst, so I have done everything I can do make sure we are there for the event,” said Chick.

“I’m only on my Provisional licence, but because it’s not a competitive event, I’m able to run it and I can’t wait.

“An event like this allows me to have a run and get the car involved, and I can have some fun. You don’t get many opportunities to do this sort of thing around Bathurst.”

Joining Chick in the Group C Commodore brigade will be Jamie Hodgson, who is set for a double dose of Holden Commodore power at the Bathurst International.

The Newcastle-based driver will drive his ex-Peter Janson Commodore VH that raced in the Bathurst 1000 in the early 80s, as well as compete in the Hi-Tec Oils Bathurst 6 Hour, driving a Commodore VE GTS.

The car started its life as a VC Commodore and raced by Larry Perkins and Janson to race in the 1980 Bathurst 1000. The pair finished second behind Peter Brock and Jim Richards.

Another significant result for the car came in 1983, where Janson and new team-mate David ‘Skippy’ Parsons finished fourth.

To add to his weekend duties, Hodgson will team up with Graham Miller in the latter’s VE GTS Commodore for the 6 Hour production car race. It will be their fifth attempt at the 6 Hour and are hoping to improve on their best result of third in Class A2 that they have achieved on two occasions. 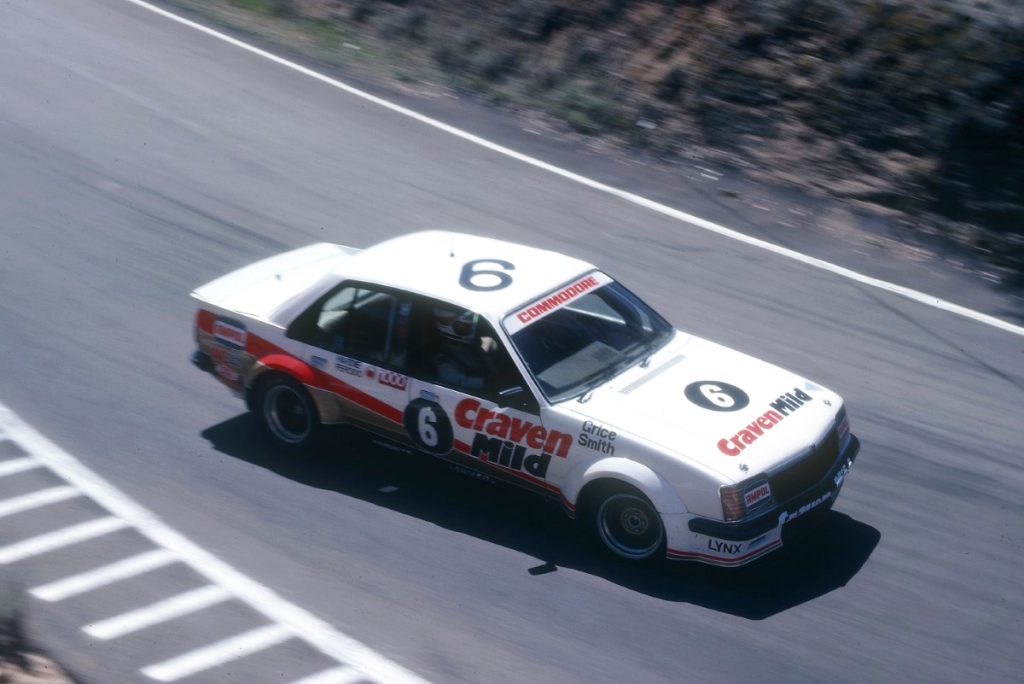 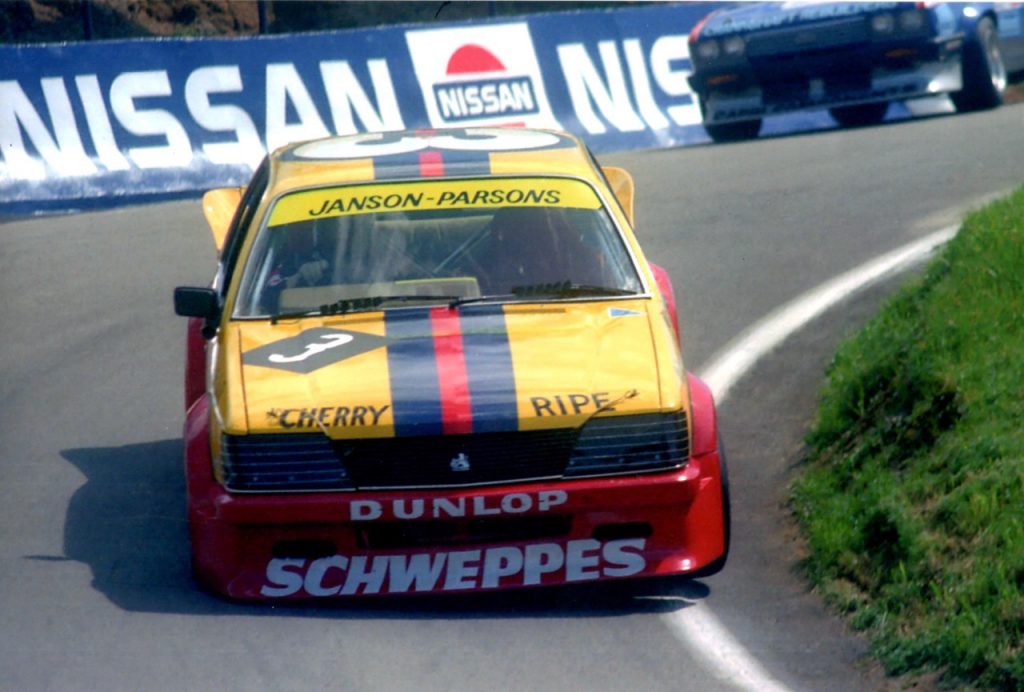 Hodgson says he is looking forward to the challenge of racing both Commodores around Mount Panorama.

“Jumping between the two cars will be interesting – a modern production car compared to an older Group C Commodore – it will be really interesting and I’m looking forward to it,” he said.

“The Group C has massive tyres, massive grip, where the production car’s tyres will be a challenge. Horsepower wise, they are about the same, a six speed v four speed gearbox. It should be a lot of fun, jumping from one to another.

“I’ve owned the VH Commodore since 1985. It still has the original paint. I’ve never had that car at Bathurst before. It’s going to be great to get the Group C car there, with all of its history and see how it handles the track.”

Eligibility for the Holden Bathurst Revival extends to Holdens from almost every circuit racing category that the marque has been represented in, including grass roots categories Group N and Improved Production/Club Cars, as well as series no longer contested such as V8 Utes, Commodore Cup and Future Tourers.

The event will offer participants a unique and affordable opportunity to drive their racing Holden on Australia’s most iconic racing circuit, with 60 minutes of track time on offer

The Bathurst International will be held on November 12-15 and will include live and free coverage on Saturday and Sunday on the channels of Seven.