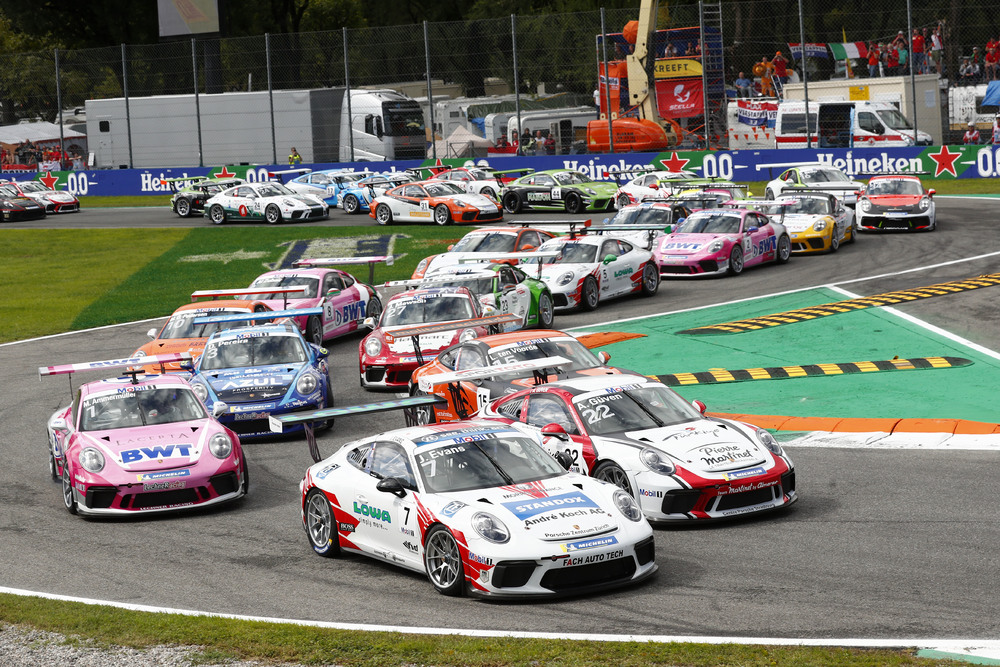 The enforced timeout from racing is over: On 5 July 2020, the Porsche Mobil1 Supercup makes a belated start to the season at the Red Bull Ring in Spielberg, Austria. And the programme is packed: Eight races within less than ten weeks make up the calendar of the one-make cup featuring 485 hp Porsche 911 GT3 Cup racing cars. As always, all races are held as support to the FIA Formula One World Championship.

After a second round in Spielberg one week later, teams head to Budapest followed by two consecutive race weekends at Silverstone before travelling to Barcelona (Spain) and on to Spa-Francorchamps (Belgium). The finale is contested at Monza (Italy) on the first weekend in September. Each weekend features a 30-minute sprint race. To prepare for the most compact season in the history of the Porsche Mobil 1 Supercup, official tests will be held at the Red Bull Ring on 23-24 June 2020. Porsche also fields a VIP vehicle at selected rounds of the 2020 season.

“Along with Formula 1, we are trailblazers within Europe with our return to the racetracks. This exceptional situation entails a high degree of responsibility. The health measures required to protect everyone involved pose a major challenge, but we have meticulously prepared for them,” says Oliver Schwab, Project Manager of the Porsche Mobil 1 Supercup. “I’m looking forward to a shortened but extremely gripping season. As originally planned, the calendar includes eight races. Despite the difficult situation, the grid line-up is just as strong as in previous years. The sporting value of the Porsche Mobil 1 Supercup is still high.”

The two Porsche Juniors for the 2020 season are the New Zealander Jaxon Evans (BWT Lechner Racing) and Ayhancan Güven (Martinet by Alméras) from Turkey. “It’s been almost eight months since I last drove the Porsche 911 GT3 Cup in Mexico City,” says Evans, who now enters his second season as a Porsche Junior. “The waiting time has really tested my patience. Words can’t describe how eager I am to finally get into a racing car again. I reckon the 2020 season will be pretty hectic, but I’ve already had a year in the Porsche Mobil 1 Supercup. Now I’m driving for another team, but I know all the racetracks so I’m feeling very confident.”

“Over the past months, I’ve been contesting virtual races on a simulator. That was huge fun and great practice,” says Güven, for whom 2020 is his first season as a Porsche Junior. “But now, I can’t wait to drive a real Porsche on a real Grand Prix circuit. The races come in quick succession. I’m anticipating ten weeks of intense pressure. There’ll be no time for recovery or if need be, a mental reboot.”

Joining Evans and Guven is 2019 Porsche PAYCE Carrera Cup Australia Champion, Jordan Love, who announced his Supercup return earlier this month following a freak surfing accident which broke his hip in three places. All Porsche Mobil 1 Supercup races will again be broadcast on FoxSports in 2020.