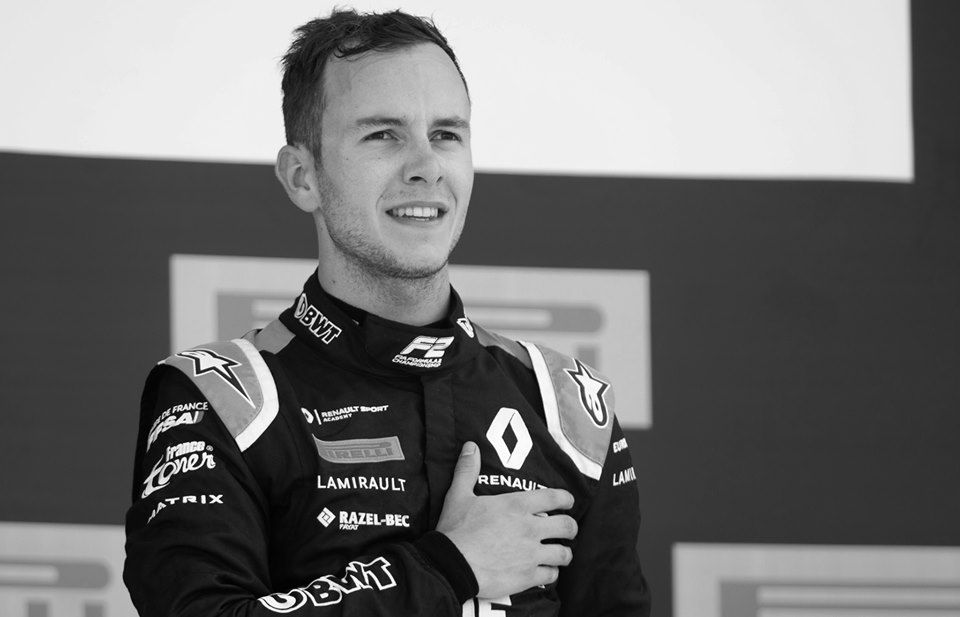 The FIA Formula 2 family suffered an immense loss after one of its brighter stars, Anthoine Hubert, tragically died in a horrific accident on Lap 2 of last week’s Feature Race at Spa-Francorchamps. The loveable Frenchman was in his rookie season and was highly regarded by the entire motorsport community. Not only was he a great driver, but he was also an amazing character whose infectious smile lit up our paddock. This season, he had achieve two superb wins in Monaco and on home-soil at Le Castellet.

The F2 and F3 community gathered alongside many other motorsport members on the starting grid of F3 Race 2 last Sunday for a minute of silence in remembrance of Anthoine’s vibrant life.

The paddock reunites this week at Monza in Italy for the tenth round of the season. With their hearts still in Spa, the teams and the drivers will race for Anthoine to honour their fierce competitor and their friend whom they miss dearly.

“This week, I really want to race for Anthoine. I think we all do… It is still very hard to process what happened and that he is gone. He was someone I always enjoyed racing against, but he was also such a good guy, someone I loved talking to. He was simply one of the best and we all miss him already.

“Monza is a special race for me because it’s my home race. It’s always full of people, and in general the Italians are incredibly passionate about cars. It’s very fast, and it’s got few corners, but there are some of the most famous corners in the world. They are really tough to get right because you normally run a set-up that is for maximum speed so you don’t really have as much grip as you’re used to at other tracks. The most challenging thing isn’t just getting the corners right, it’s getting them right every lap.

“Tyre degradation comes more from acceleration and a lot of hard braking. You need to manage the tyres well, especially on the slow chicanes, but overall it’s not one of the tracks where you really have to focus on it. You can focus more on managing your overtaking. With the long straights it’s quite easy to get the chance to overtake, or to be overtaken, so you always have to look behind you.

“Victory is always the goal, but to be on the top step of the podium in Monza would be great. I would love that. But my philosophy now is just to take each race as it comes, focus on the points, and if I have the chance to win I will take it of course, but I just want to score the best result possible.”

“After an extremely difficult weekend in Spa, following the tragic passing of Anthoine Hubert, we move on to Monza. Our home circuit is also known as the ‘Temple of Speed’, which accurately describes the track characteristics. Finding the right compromise with grip despite the low downforce levels is always a challenge, as well as managing the compounds against the considerable stresses that are imposed on them by this historic circuit. Another difficulty will be balancing the set-up of the car in different weather conditions, as at this time of year both hot and cool temperatures are possible, which clearly affects how the front and rear work together.”

34 The points gap at the top of the standings between Drivers’ Championship leader Nyck de Vries (200 points) and second-placed Nicholas Latifi (166).

4 Latifi has taken the most victories so far this season, winning in Bahrain, Azerbaijan, Spain and Hungary.

15 The number of different drivers who have led a race so far this season.

Monza has never missed a round of the GP2 or FIA Formula 2 championship since its original inception in 2005.

ART have started every Feature Race here from pole position since the beginning of the modern era of FIA Formula 2 (Nobuharu Matsushita in 2017 and George Russell in 2018).

If Nyck De Vries wins this weekend in Monza he will match Artem Markelov for the record highest number of wins in the modern era of FIA Formula 2. A win in both races would see the Dutchman surpass the Russian. Nicholas Latifi would need two wins to match Markelov’s win record.