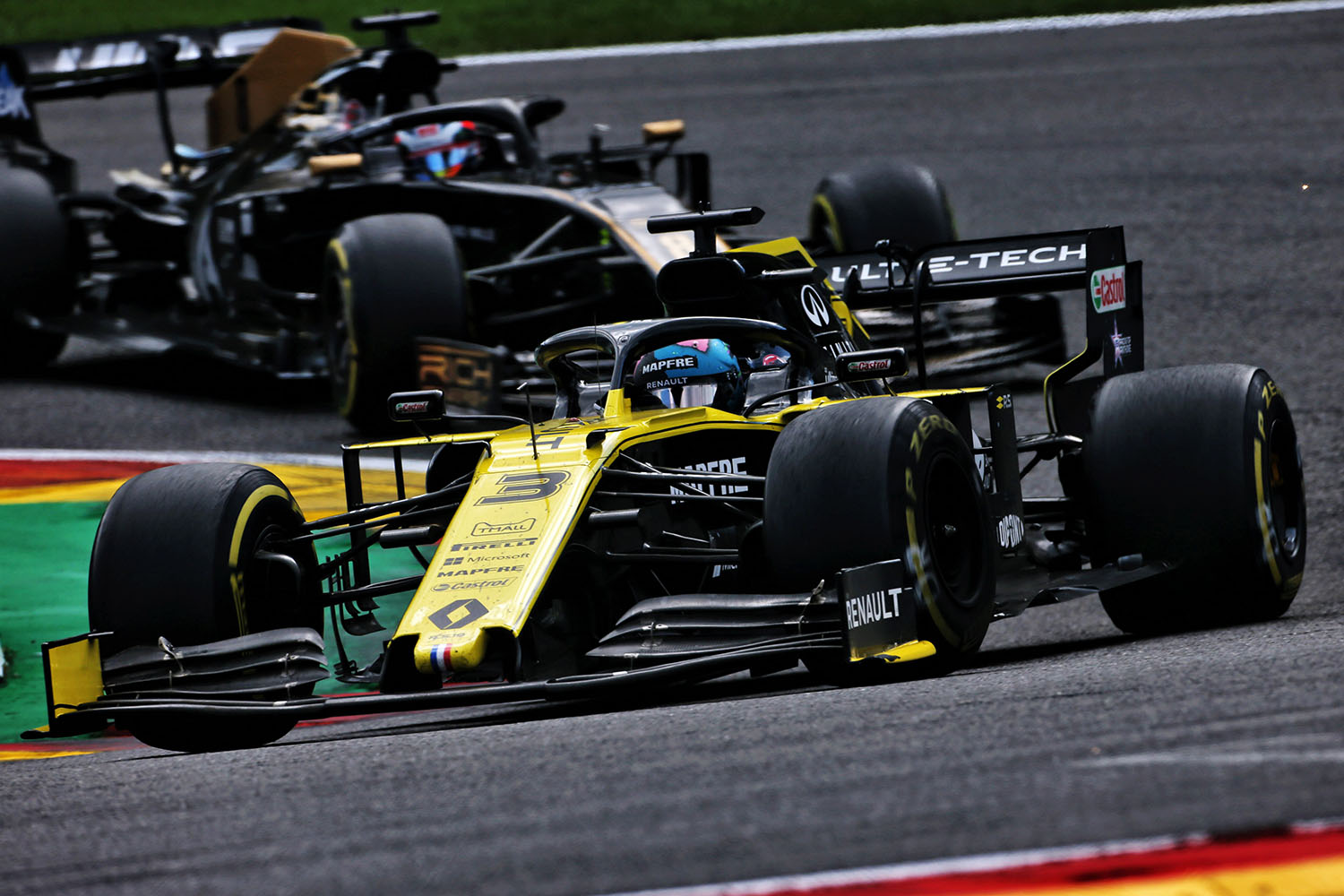 In a fitting tribute, the team returned to the points, with Nico Hülkenberg claiming eighth position. Daniel Ricciardo passed the line in fourteenth following a lap one incident that caused significant damage to the floor of his Renault R.S.19.

Nico Hülkenberg, started P12, finished P8:
“It was a difficult race right from the start. I had to take avoiding action at turn one to miss the collisions and we lost some positions there. The midfield was again very close today meaning making back the positions was hard. We pitted near the end for Softs and that paid off. We were certainly a bit lucky on those last laps, but that’s racing. It was good to get some points on the board, especially in the circumstances after yesterday’s shock news. The morning was difficult, but once the helmet goes on, the adrenaline kicks in and you have to work. To take home points was pleasing in the end.”

Daniel Ricciardo, started P10, finished P14:
“Our race was pretty much shaped after the lap one, turn one incident. I got hit from behind and had big damage to the floor. We had to pit – I actually thought we might retire the car – but we put the Mediums on and the car was a bit of a handful. We kept going, held our place in the top ten, and I thought at one stage we might pick up some points. I was proud to hold on for that long and I know we couldn’t have done anymore. I’m glad today is over; yesterday’s news has been difficult to take. It was tough to be here and put on a brave face, but I’m glad I gave it my best.”

Cyril Abiteboul, Team Principal:
“We had a good pace in qualifying, but the planned penalties exposed us to incidents that frequently occur here in the midfield at the first corner. And unfortunately that was the case today. Nico was able to avoid the debris off the start by going very wide but to the expense of several positions, while Daniel was hit from behind and fell back to the rear of the field with a suspected slow puncture. From there it was a race to come back. We asked Daniel to look after his tyres after the change and he did an extremely good job considering the circumstances and the very significant damage to his car, at least half a second per lap. For Nico, he was able to make up some positions but the mediums did not last so well in the traffic and he had to stop again for softs. This weekend has been difficult for a number of reasons. We need to reflect and then turn our thoughts to Monza where we hope our pace can be equally decent but rewarded with more points.”