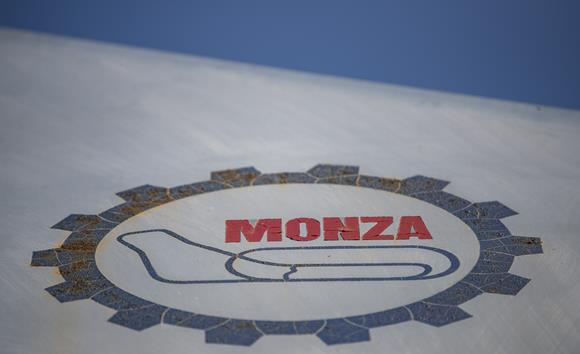 The Formula 3 paddock reunites this week at Monza in Italy for the seventh round of the season. Standing shoulder-to-shoulder with the F2 community, the teams and the drivers will race for Anthoine Hubert to honour the talented young Frenchman whom we all miss dearly.

PREMA Racing will welcome the opportunity to celebrate a well-earned Teams’ Championship title on home soil in Monza, after another mammoth points haul at Spa-Francorchamps. Jake Hughes of HWA RACELAB had set the pace in practice, but Jehan Daruvala bagged his first pole position of the season in the afternoon’s qualifying session. The Indian was forced to settle for third however, behind PREMA teammate Robert Shwartzman and Trident’s Pedro Piquet who took his maiden F3 victory in Race 1. PREMA’s Marcus Armstrong led from lights to flag on a sombre Sunday for the New Zealander’s second victory in as many rounds.

Monza hosts Round 7 of the championship, a historically fast circuit with long straights and some of the most famous corners in motorsport in front of traditionally passionate Italian support. The teams and drivers will need to manage their Pirelli soft compound tyres carefully amid the low downforce turns, hard braking and rapid acceleration. 30 cars fighting wheel-to-wheel in the braking zones should provide quite the show!

“Monza is one of the classic tracks on the calendar, with the fastest average and top speeds. It’s very difficult and in terms of racing; it’s one of the best circuits because the low downforce set-up also means you don’t get as much dirty air and you can battle on the long straights. Because we run a low downforce set-up you can slide a lot or lock the tyres under braking in high-speed corners, so you need to be really good in managing that.

“There could be lots of battles in the braking zones. There will be a lot of cars side-by-side into the corners because the advantage you have on the car in front is not that big. One of the things I like is that the DRS is not quite as effective. You really need to work hard for the overtake. When you open the DRS you obviously gain on the car in front but it’s not a lot. I’m really excited for it and I hope we can have a good weekend.

“Because the circuit has a lot of straights, people may think it’s easier on the tyres but it’s not really. You’re sliding a lot and, with the low downforce on the car, if you start to slide then the tyres are done, so you need to take care of them.

“We always push for a competitive weekend. You have two races and you have to perform well in both. If you have the pace and you start well, fight for Race 1, if not try to get into a decent position so you can fight for Race 2. You need to be there, in the top 6, which helps a lot in the weekend, so that’s the aim.”

“After an extremely difficult weekend in Spa, following the tragic passing of Anthoine Hubert, we move on to Monza. Our home circuit is also known as the ‘Temple of Speed’, which accurately describes the track characteristics. Finding the right compromise with grip despite the low downforce levels is always a challenge, as well as managing the compounds against the considerable stresses that are imposed on them by this historic circuit. Another difficulty will be balancing the set-up of the car in different weather conditions, as at this time of year both hot and cool temperatures are possible, which clearly affects how the front and rear work together.”

1 PREMA Racing are champions! The Italian outfit clinched the FIA Formula 3 championship after Race 2 at Spa-Francorchamps.

400 PREMA have 400 points, 217 more than second-placed Hitech Grand Prix with only 206 points available.

23 The gap between championship leader Robert Shwartzman and second-placed Jehan Daruvala at the top of the Drivers’ Championship.

8 Trident’s Pedro Piquet was the eighth different driver to have stood on the top step of the podium this season.

Christian Lundgaard has led more laps (44) than any other driver on the grid this season. Marcus Armstrong is second with 43 laps led.

All six rounds so far have seen saw a different driver qualify for pole position; Robert Shwartzman in Barcelona, Jake Hughes in Le Castellet, Armstrong in Spielberg, Jüri Vips in Silverstone, Lundgaard in Budapest and Jehan Daruvala in Spa.

Despite sitting fourth in the championship behind Shwartzman and Daruvala, Armstrong has as many wins, as many pole positions as his teammates, and he has set more fastest laps, taken more bonus points and has lead more laps then them.

PREMA Racing’s points haul from Belgium last time out (74) was their highest since Round 2 (82).

Trident’s Devlin Defrancesco and Carlin Buzz Racing’s Logan Sargeant will both serve five-place grid penalties in Monza, after both drivers were involved in separate collisions in Belgium.

Round 7 of the championship is the first time we will see Pirelli’s soft compound tyre since Round 3 in Spielberg.