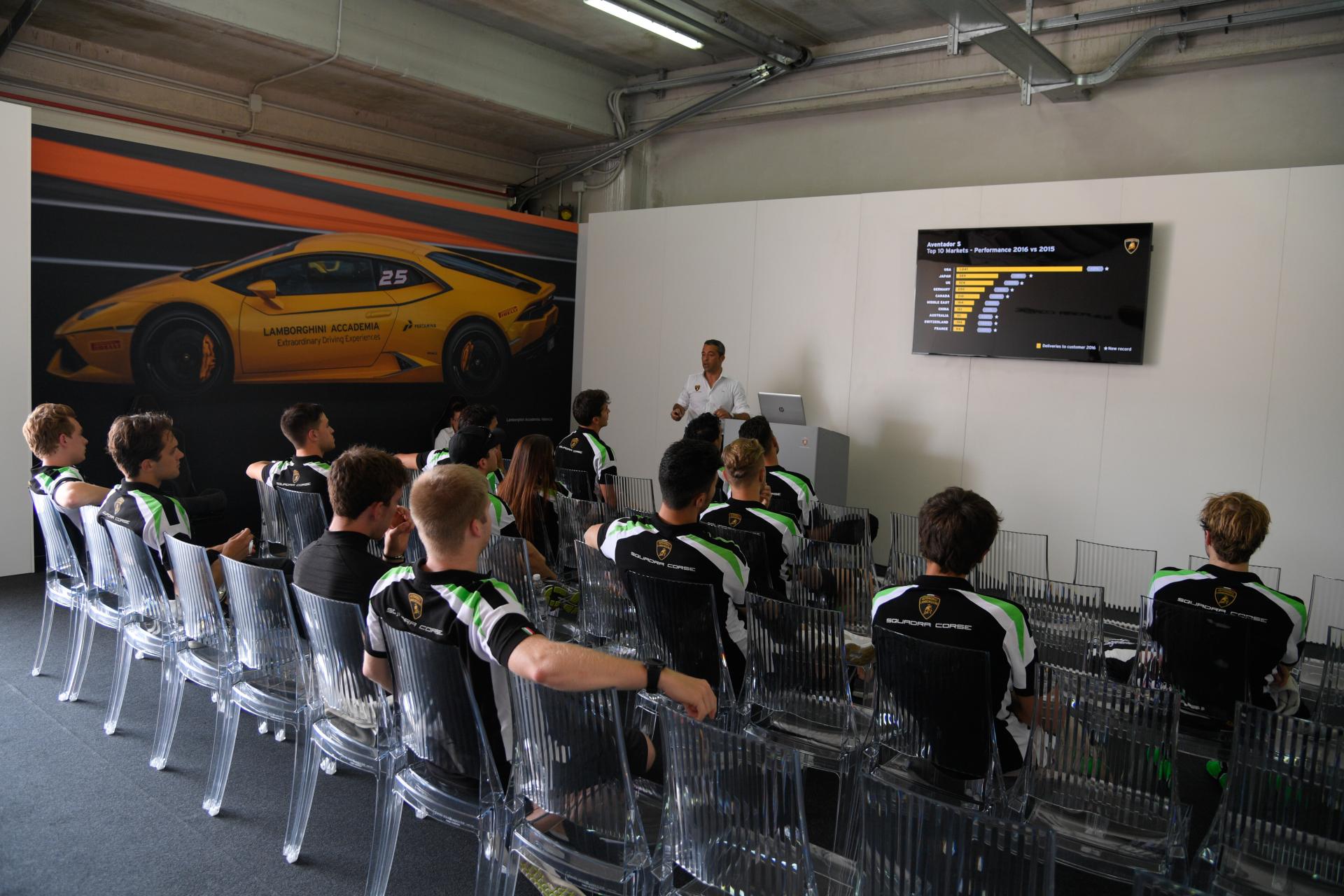 Gersekowski and Muscat were racing last weekend in Thailand in the Lamborghini Trofeo Asia Round which saw them second for the round, Muscat told Velcoity, “it’s been a successful weekend for the team, after race two we are a little disappointed that we didn’t covert pole to a win but looking on the weekend we bridged the gap to first in the championship and we won the round, great confidence for the team looking forward to the rest of the season” after the final race on Sunday.

Lamborghini Squadra Corse is continuing to invest in Motorsport promises with the fifth edition of youth programs. The Young Drivers Program and the GT3 Junior Program, established in 2014, have enabled many talented drivers to pursue a professional career in Motorsport. Some of them, after racing in the Super Trofeo one-make series, have fulfilled their dream of becoming Lamborghini Squadra Corse Factory Drivers, while others have managed to win the 24 Hours of Daytona.

In the 2018 season, Lamborghini Squadra Corse will offer this opportunity to 45 drivers, divided as follows: 20 participants in the Young Drivers Program (for drivers under 26 competing in the Super Trofeo one-make series) and 25 members of the GT3 Junior Program (for youngsters racing in GT championships with the Huracán GT3), the latter program is becoming increasingly extensive because of the growing number of Lamborghinis competing in the various GT3 series worldwide.

The young drivers will have the opportunity to access the heart of the Motorsport department of Automobili Lamborghini, thanks to a constant collaboration and interaction with the Lamborghini Squadra Corse staff.

The participants in the Young Drivers Program, many of whom are at their first experience in the world of competitions, will be involved in a specific training that includes testing and development activities with the Huracán Super Trofeo Evo, athletic preparation with the supervision of professional trainers, theoretical lessons on Lamborghini products and communication.

Starting from this year, the members of the GT3 Junior Program, on the other hand, will be significantly more involved in the development of racing cars. Their participation in the tests conducted by Lamborghini Squadra Corse is fundamental both for the drivers, in order to increase their experience, and for the technical department, which is thus able to gather a greater amount of useful information to improve the car components. In addition, this year a sophisticated driving simulator will be installed in the R&D department of Lamborghini Squadra Corse and also in this case the GT3 Junior Drivers will gain virtual experience to be then transferred into the reality of races.

Last but not least, the most deserving participants in the youth programs of Lamborghini Squadra Corse will be offered an additional opportunity, that is, to become instructors for Accademia, the official Lamborghini driving school. For many drivers, given their young age, this would be their first work and a valid life experience at the same time.

As for the drivers participating in the two youth programs of Lamborghini Squadra Corse, this year the Young Drivers Program is enriched with 11 new entries out of a total of 20 drivers: from the Finns Puhakka and Helistekangas to the Dane Schandorff, from the Russian Boguslavisky to the French De Narda, not to mention Pull (UK), Muscat (Australia) and Vettel (Germany). Italy is instead represented by the seventeen-year-old Giacomo Altoé and Francesca Linossi, the second female representative in the program together with the nineteen-year-old German Carrie Schreiner.

With regard to the GT3 Junior Program, 25 drivers have been admitted to the program, a large number related to the amount of Lamborghini Huracán GT3s (over 50) racing in the various GT championships around the world. Many drivers from last year’s edition have been reconfirmed, such as the Italians Michele Beretta and Alex Frassineti Italian GT champions 2017, Riccardo Agostini  winner of the Super Trofeo North America 2017, the Americans Corey Lewis and Madison Snow, who won the 12 Hours of Sebring last March, not to mention the Dutchman Rik Breukers, who won the 24 Hours of Daytona last January, the Dane Dennis Lind, who, after being the best in last year’s shoot-out, is now racing in the Blancpain GT Series Asia with the economic support of Lamborghini and Jonathan Cecotto, who has been promoted from the Young Drivers Program to the GT3 Junior Program because he resulted the best among the drivers of the YDP 2017. Then, there are the new talents such as Toby Sowery, Andrea Rizzoli, Romain Monti, Loris Hezemans and Sandy Mitchell, who are all taking part in the Blancpain GT Series with the Lamborghini Huracán GT3s of several customer teams.