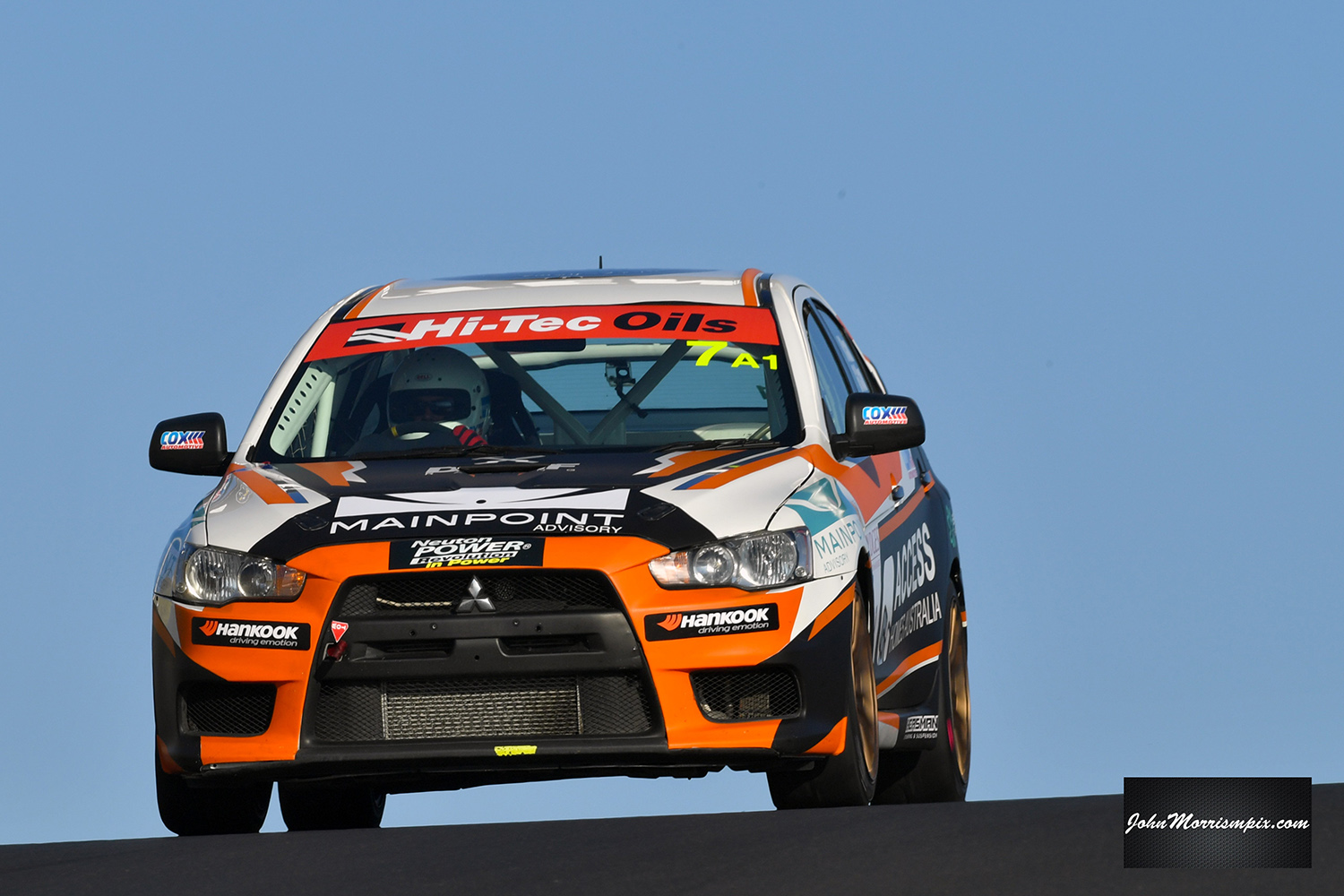 Jordan Cox broke the BMW stranglehold at the top of the leader board at the conclusion of the final practice session for the 2018 Hi Tec Oils Bathurst 6 Hour race.

Cox left it to the end of the session to clock a personal best time of 2.25.294, the fastest ever time for a production car at the Mount Panorama circuit in the Mitsubishi Lancer EVO X RS. The Sherrin/Sherrin BMW finished 2nd with first day pacesetter, Lynton and Leahey in third. Jimmy Vernon had the Fibre 15 Evo in 4th from Walden and Baird in the first of the Mercedes entries. Chaz Mostert and Nathan Morcom finished 6th.

The number 68, Hi Tec Oils Mitsubishi Lancer Evo X RS of Tim Slade and Dylan Thomas are in some doubt for qualifying later his afternoon after the car reportedly dropped a piston during the session. The team needing to do an engine change in a little over 2 hours if they are going to qualify for the race tomorrow.

Andrew Macpherson and Brad Shiels won the first of the 2 Production Sports car races for the weekend. Macpherson started from pole for the first 1 hour race, but was swamped by Danniel Stutterd on the run to the first corner. The Porsche dropped back to 10th on the first lap before a cautious Macpherson was able to settle into a race rhythm.

Crashes at the Dipper and then Reid Park led to 2 Safety Car periods, which enabled the majority of the field to complete their compulsory stop. Andrew Macpherson swapped over to Brad Shiels, who then made short work of the cars in front to grab the race lead with a handful of laps left to run. Shiels ran out a comfortable winner.