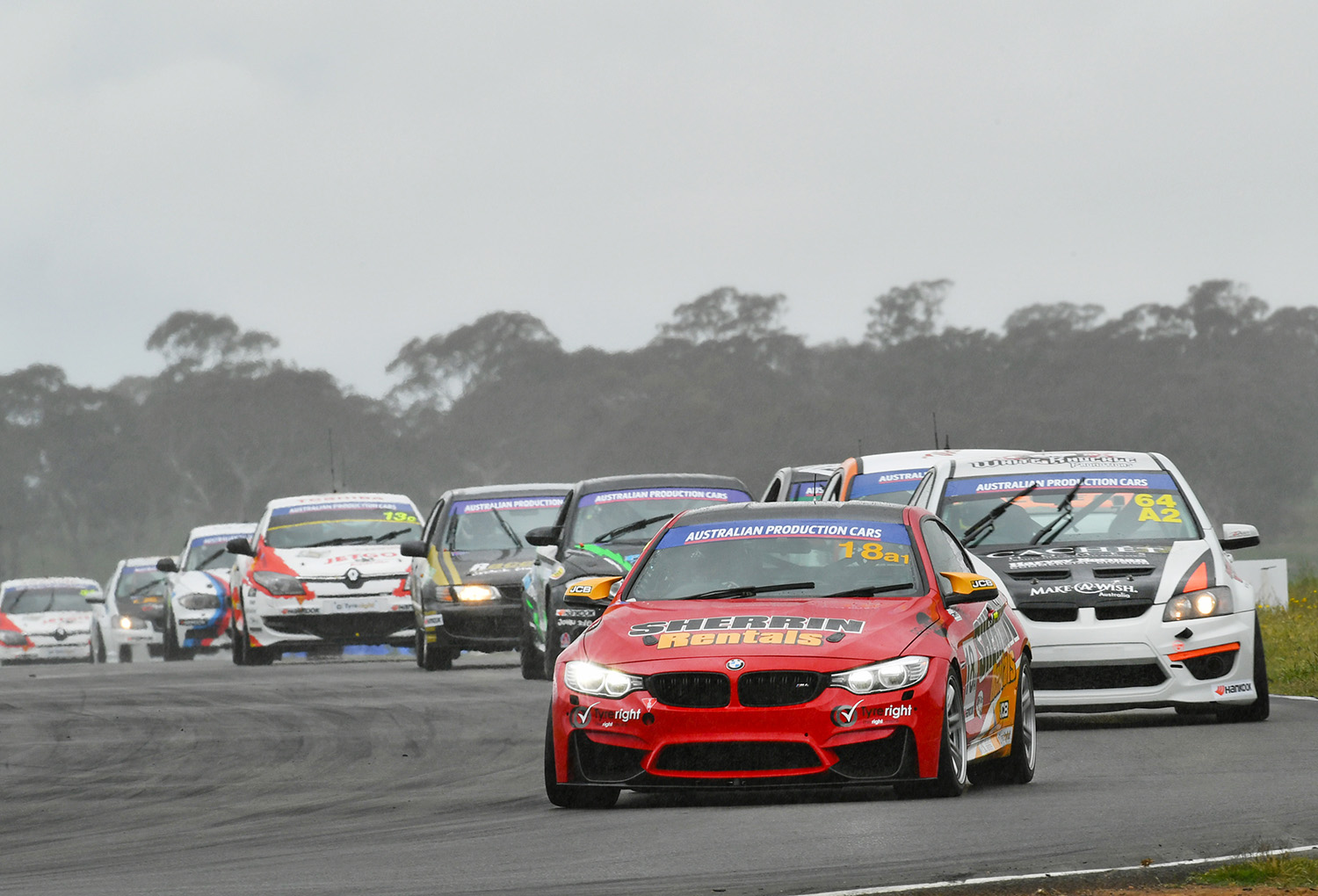 62 cars will take to the Mount Panorama circuit over the Easter weekend for the third running of the Hi – Tec Oils Bathurst 6 Hour. The production car event has grown significantly over it’s short, 3 year history, with a sprinkling of Supercar drivers and international competitors joining with the already established names in Australian Production Car Racing.

Chaz Mostert heads the list of Supercar drivers and will team once again with Nathan Morcom in the DPO Ford Focus RS. The 2016 winners went close last year and are keen to add a second win. The team has worked to improve top end speed and eliminate a few of the ‘stutters’ that hindered their 217 campaign.

Fellow Supercar drivers Tim Slade and Steve Owen are entered in Mitsubishi Lancer Evo X RS. There are 9 examples of the Evo entered, with the X the weapon of choice for the front runners.

Rod Salmon has re-branded his Mercedes Benz A45AMG with Aqualuma sponsorship and Leigh Burgess as his co-driver for the weekend. There are two further Mercedes A45s entered, with the Garth Waldon – Craig Baird combination one to watch.

Grant and Iain Sherrin won the Australian Production Car Championship in 2017 and lead the BMW brigade at Bathurst. Their M4 F82 is the sole example of the bigger car, although there are a further five entries with the giant killing M1 in various forms.

Practice gets underway on Good Friday, with the Sherrin family considered to be the early favourites from Morcom and Mostert.