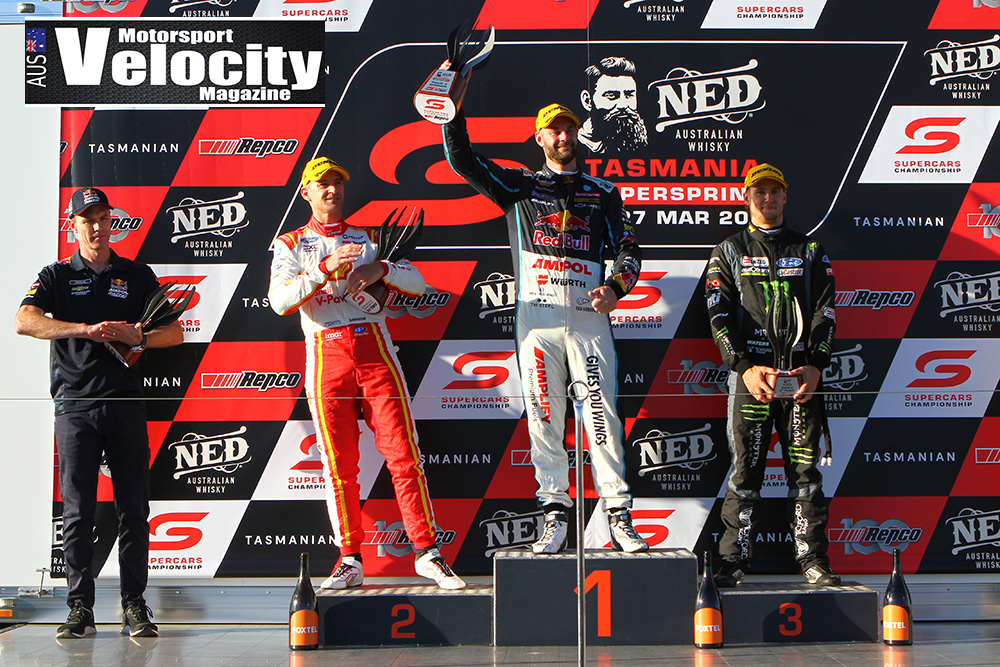 Van Gisbergen had started from 5th on the grid but moved to the front through an aggressive strategy which paid handsomely for the Red Bull Ampol Racing driver.

Cameron Waters and Will Davison shared the front row of the grid and it was the Shell V-Power Mustang that had the better launch, only to find himself off line for Turn 2 and dropped to 3rd behind Brodie Kostecki.

The Erebus Racing Commodore ran wide at the exit of the hairpin, which enabled Davison to draw alongside down the back straight. After a number of bumps were exchanged between the pair it was Davison who regained 2nd, while Kostecki was fortunate to stay on the circuit after a knock from Broc Feeney. A wide exit to Turn 6 had van Gisbergen ahead of his teammate and on the tail of Kostecki.

Thomas Randle ran off the track at the same corner, while Macauley Jones also drifted into the gravel this time at Turn 2 at the start of the 3rd lap. Jack Le Brocq ran wide at the final corner with a broken right front steering arm and Nick Percat was already back in the garage with similar issues as the bump and grind of those opening laps had already taken its toll. 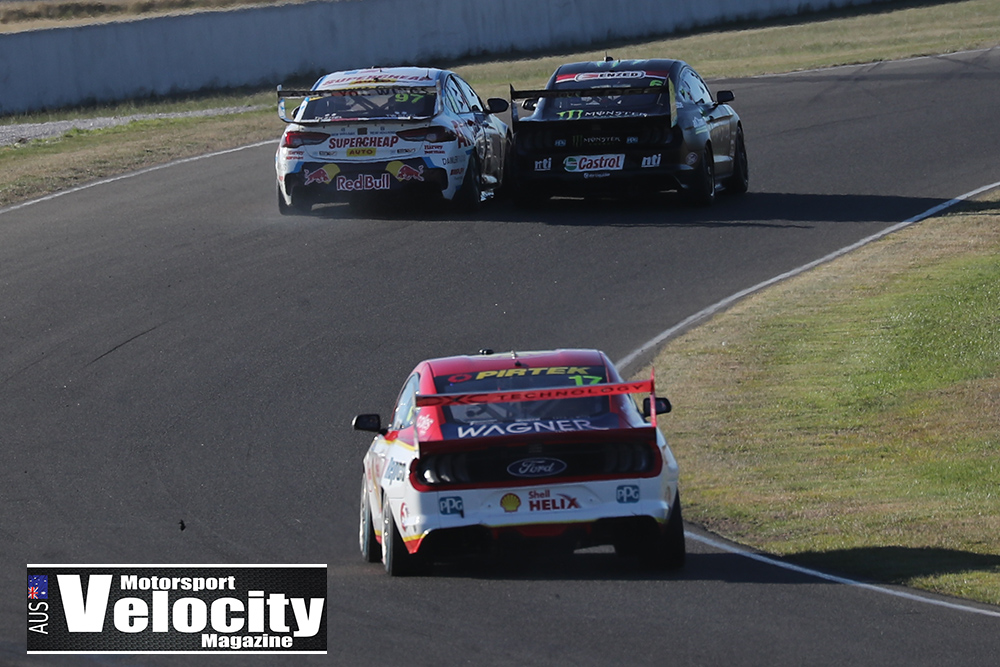 Van Gisbergen had moved into 1st place as the compulsory pit stops began. He used identical moves on Davison and Waters, making a move up the inside of the Turn 4 hairpin and nudged the front left door of the outside car. That gave the #97 the better line into Turn 6.

Bryce Fullwood was the last driver to complete his compulsory stop and held the lead from van Gisbergen, Davison, Waters and Brodie Kostecki on lap 29 of 44.  By lap 34 it was van Gisbergen comfortably ahead of Davison, B.Kostecki and Pye. The battle was more intense in the midfield as Winterbottom held a narrow advantage over Mostert, Hazelwood, Heimgartner and Holdsworth. 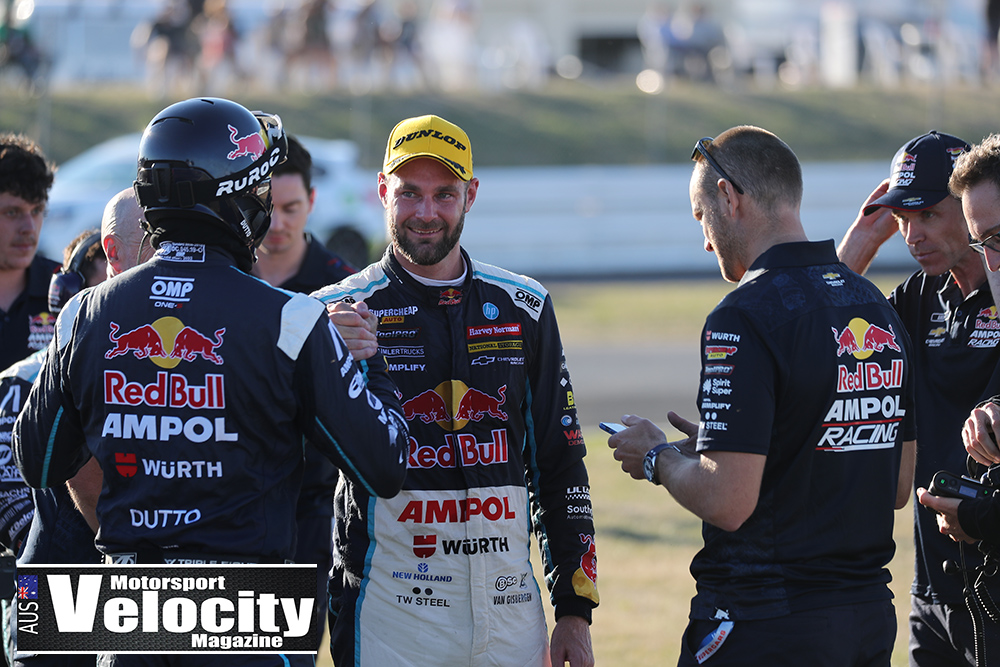 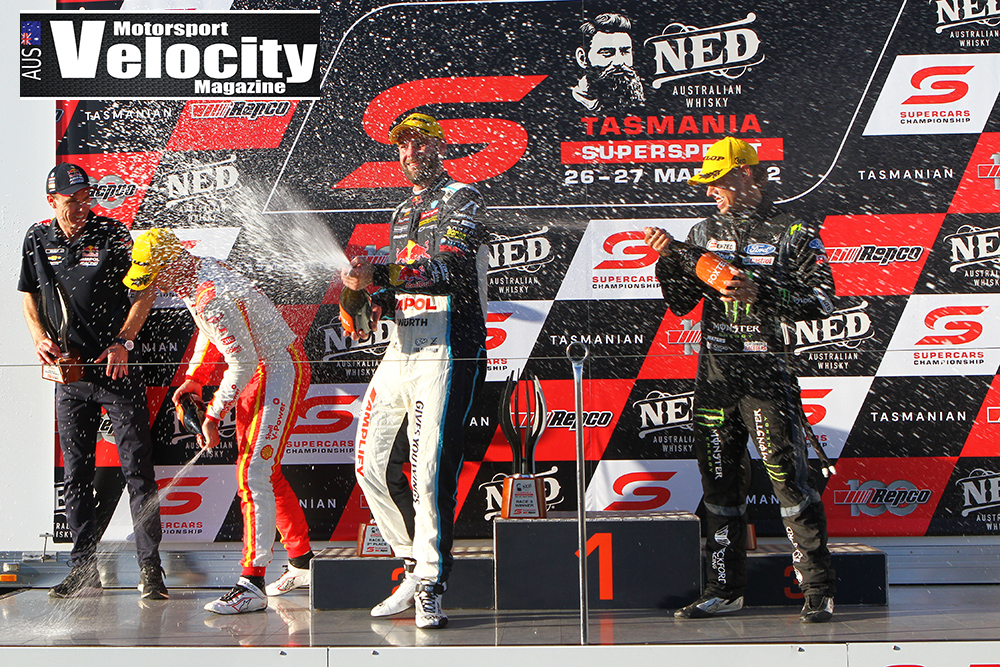 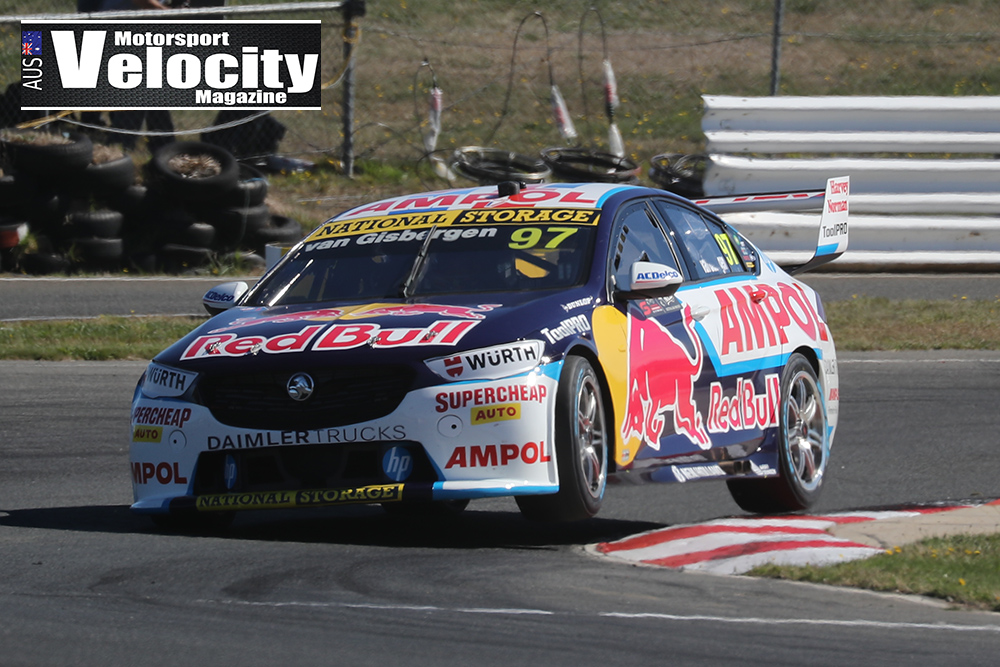 Winterbottom closed on 8th placed David Reynolds and was on the rear bumper of the Grove Racing Penrite Mustang on lap 36. Winterbottom dived towards the inside at Turn 4 after Reynolds appeared to be baulked somewhat by the cars ahead. Contact saw Reynolds and Winterbottom slew back across the track and into the path of series leader Mostert. The impact damaging the right front of the WAU Commodore. Winterbottom continued with a15 second time penalty, Reynolds also managed to get his car moving once more, while Mostert made a lengthy visit to the pits for a new left front tyre, the process delayed as the damaged bodywork impeded access to the wheel.

Shane van Gisbergen went on to record a comfortable win from Davison and Waters. The win returned van Gisbergen to the championship lead.