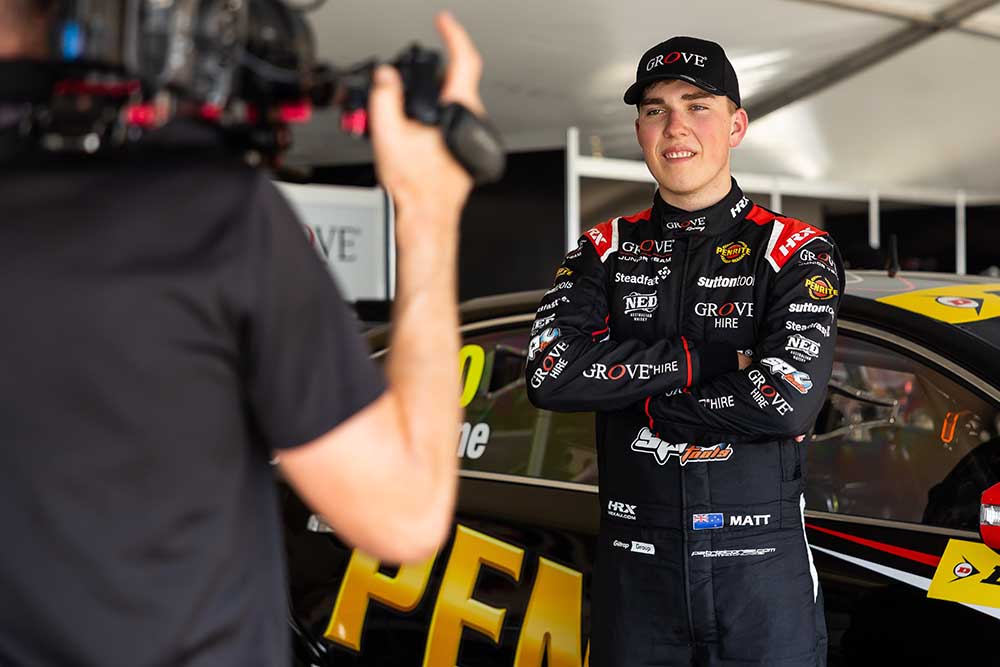 Grove Racing has announced it will enter into a full season campaign in the Dunlop Super2 Series in 2022.

Grove Junior Team driver Matthew Payne has been confirmed to compete in the six round, 12 race series, starting at the Repco Newcastle 500 in March.

Payne, 18, will compete in the same Nissan Altima Supercar that he used in the final two rounds of this year’s Dunlop Super2 title in what was his Supercars debut.

The entry for Grove Racing in the Super 2 Series will run alongside its two-car main game program as the team looks to prepare Payne, recognised as an outstanding motor racing talent, for a full-time seat in the 2023 Repco Supercar Championship.

Grove Racing entered the New Zealander in the final two rounds of the Super2 Series at Sydney Motorsport Park and Bathurst.

Payne was instantly on the pace, setting the fastest time in his first-ever practice session, before qualifying a sensational second in his debut weekend.

At Bathurst, Payne finished the final race in fifth place amongst the fast field, and he says that he is looking to use this early experience to best effect in 2022.

The first round of the 2022 Dunlop Super2 season commences on the streets of Newcastle on March 4-6 alongside the Repco Supercars Championship.

“I’m excited to get the opportunity to compete in the full Dunlop Super2 Series next year, by competing in Super 2 this will give me the flexibility to compete in further endurance racing formats and advance my preparation for main game with Grove Racing in 2023,” said Payne.

“I have been given the opportunity to drive the team’s main series Mustangs and its Super2 Nissans, so I feel that I am as prepared as I could be to compete for race wins and podiums.

“It was awesome to race in the series in the final two rounds at Sydney Motorsport Park and Bathurst. The experience I gained there was phenomenal.

“These cars are a real thrill to drive, and I have to thank Stephen and Brenton for the trust and loyalty in giving me this chance.”

“I’m proud that Grove Racing will be represented on the Super2 grid next year, highlighting the team’s role in supporting and nurturing young talent in Australian motorsport,” said Grove.

“Having Matthew represent the team and our partners is extremely exciting and shows the future direction that Grove Racing is headed.

“Having analysed Matt this year, it was clear that he’s a talent of the sport and someone we want to invest in. His speed and maturity is exceptional for the time he’s spent in not just a Supercar, but in racing cars in general. This year was his first year racing cars, so we’re pretty excited about the foundations we can build upon.

“He will continue his development within the team, working hand in hand with the main game squad and acting as a sponge to learn from the experience we have within the team.”

“This is another step towards Matthew’s goal. He is demonstrating he has the desire to make a career in this sport and Grove Racing are the team to support us in that,” said Patrizi.

“We want to see him driving as much as possible in 2022, so the Super2 program is very much a first step in his racing commitments next year.

“The interest for Matthew both locally and internationally is a testament to his personal ability behind the wheel of a racing car, remembering he is 19 years old and only graduating from Karting 12 months ago it shows that the preparation that was instilled in him in his early years has really set him up to be a star of the future.”