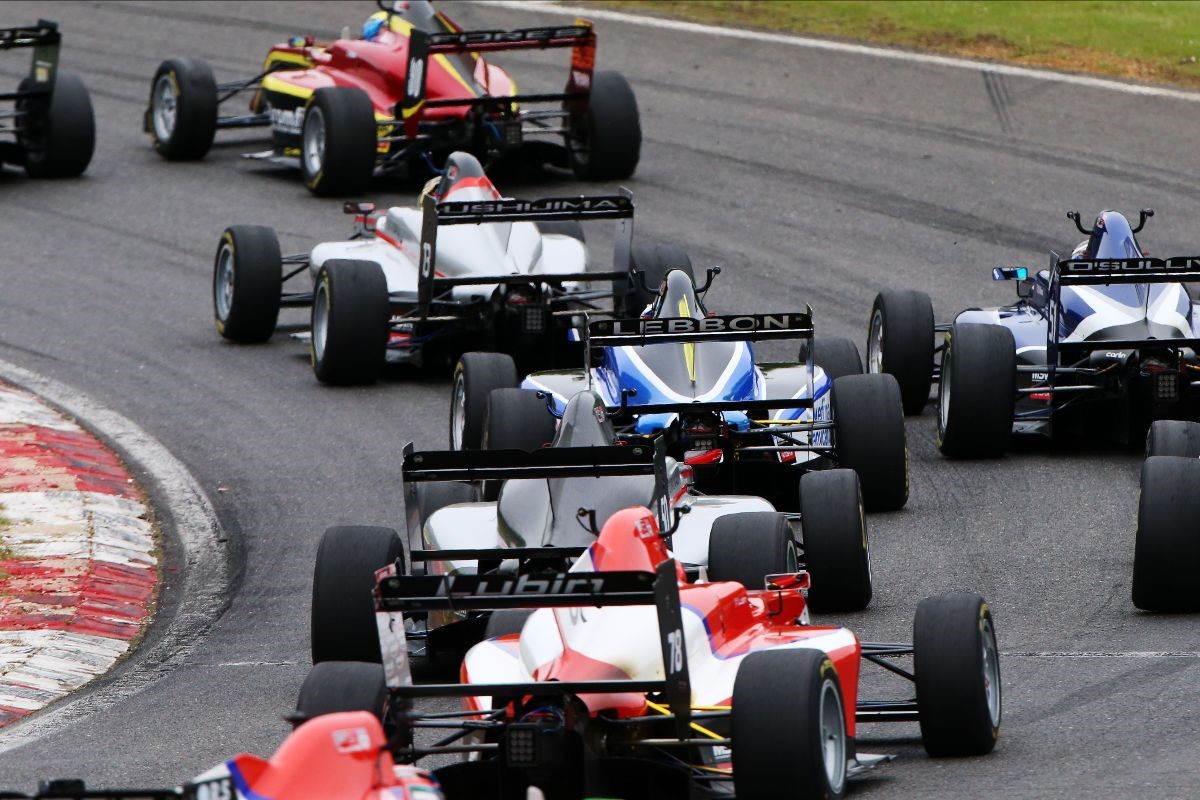 The BRDC British F3 Championship heads to the Silverstone Grand Prix circuit for the second event of the 2021 season this weekend (26-27 June).

Silverstone generally produces some of the most exciting action of the year, with the wide track, fast corners and long straights promoting slipstream battles and overtaking.

Three races at the home of the British Grand Prix will paint a clearer picture of this year’s championship fight, following a closely fought season opener at Brands Hatch. There were three winners from as many races at the Kent circuit, as seven different drivers finished in the podium positions.

Carlin’s Zak O’Sullivan holds a four-point lead at the top of the standings heading to the event, after the F4 runner-up adapted impressively to the UK’s leading single-seater series with a victory and a podium.

With Ollie Bearman not racing this weekend due to clashing commitments in Europe, Hitech’s Reece Ushijima heads to Silverstone as O’Sullivan’s nearest challenger. The Japanese driver made full use of his season’s F3 experience to deliver a consistent weekend of top-six finishes and a third place in the second race.

Christian Mansell is next up. Carlin’s Aussie stole the limelight in the final race of the curtain raiser by blasting from seventh to first by the first corner, before leading every lap to claim victory.

Frederick Lubin is another F4 graduate to have started his season strongly, sitting inside the top-five in the standings for series newcomers Arden with a best result of fourth.

Series returnee Ayrton Simmons had a weekend of two halves for Chris Dittmann Racing. A perfect Saturday saw him storm to a double pole position in qualifying with the fastest lap ever produced by a BRDC British F3 car, at Brands Hatch and then a dominant victory in the opening race of the year. However, a lap one collision in race two dropped him out of contention although he salvaged good points in the final contest to put him sixth in the early standings. Simmons enters the weekend with a five-place grid penalty for race one, but will expect to make progress from there.

American Bryce Aron demonstrated that drivers can make the leap from national Formula Ford 1600 racing into British F3 with a string of top-10 finishes for Carlin, while Elite Motorsport claimed a podium in their debut weekend in the series courtesy of Spanish F4 graduate Javier Sagrera.

Douglas Motorsport’s Dexter Patterson, who was another to grace the podium, and Hitech’s Bart Horsten complete the early championship top-10. The returning Australian was involved in the race two incident and therefore sits tenth overall, though he should climb the order this weekend based on the pace he demonstrated at the opening round. Both drivers are equal on 36 points, with Arden’s Alex Connor also on the same total in 11th, having been a top-10 regular in his first British F3 weekend.

Reigning Ginetta Junior Champion Tom Lebbon was inside the top-10 in each race for Elite Motorsport, while Fortec’s Roberto Faria recovered from a race one retirement to climb to 13th in the standings. The Brazilian was a podium finisher at Silverstone last year so will be confident of more success this weekend.

Sebastian Alvarez made his racing return with Hitech GP at Brands Hatch with a best finish of eighth, and Fortec’s Mikkel Grundtvig ended his first British F3 weekend on a high with fifth place.

Weekend times
The Silverstone weekend commences with testing on Thursday and Friday before qualifying and race one on Saturday (11.10 & 15.25). Sunday’s two contests will be streamed live online, with race two starting at 10.10 and the reverse grid race three at 16.15. Live timing will be available across the four days.

MEDIA RELEASE/Motul - Photo: supplied One of the most anticipated events of the year on…