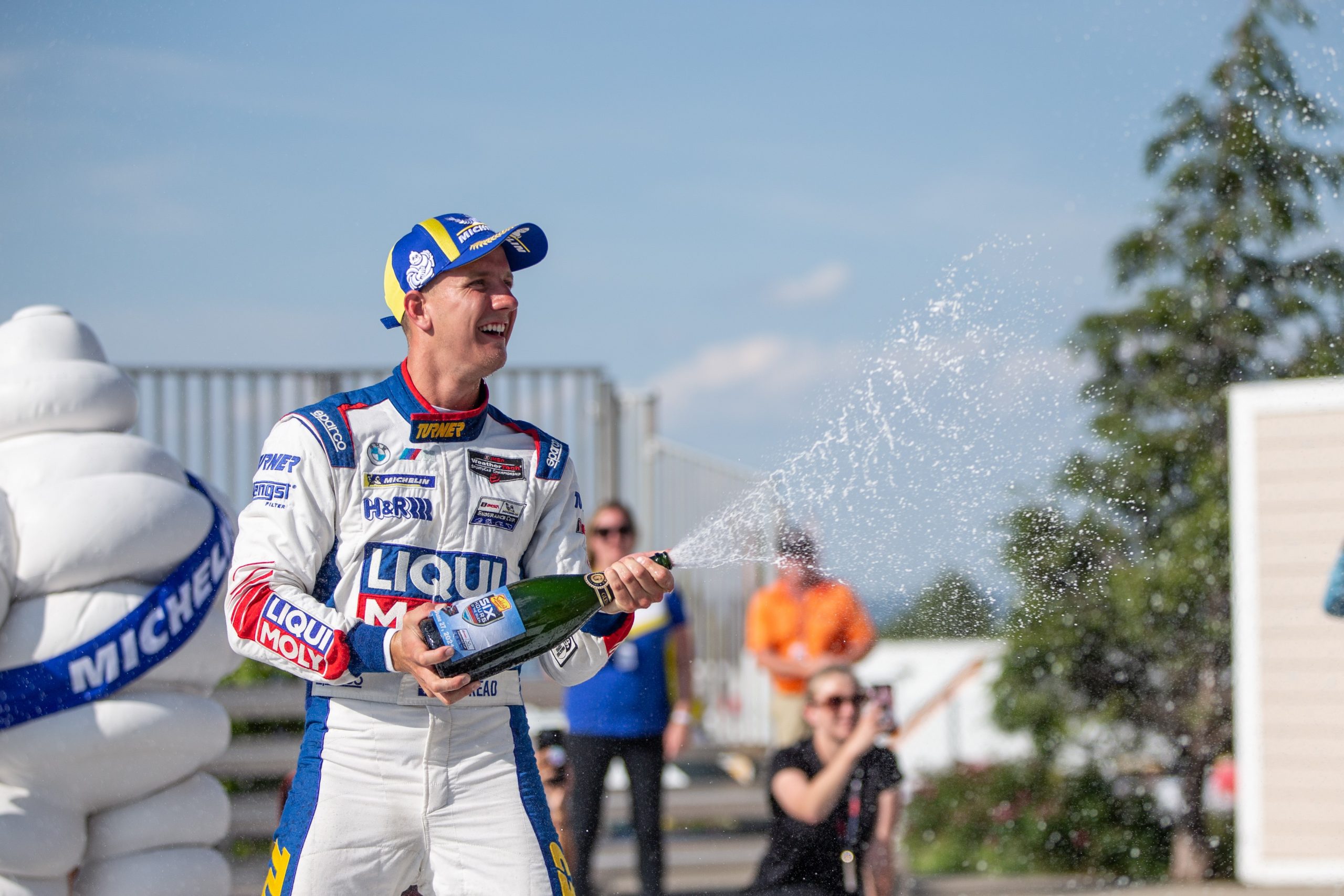 Aidan Read, alongside teammates Robby Foley and Bill Auberlen took a well-deserved victory in the IMSA WeatherTech SportsCar Championship (27 June 2021) in his Turner Motorsport run BMW M6 GTD, crossing the line to win the Sahlen’s Six Hours of the Glen.

The iconic race at the famous New York State venue in the United States forms part of the four-round, IMSA Michelin Endurance Cup, and after strong showings, but little good fortune at the opening races in Daytona and Sebring, this victory demonstrated the full potential of Aidan and the team in this ultra-competitive Championship.

The race was run in searing temperatures and after teammate Foley took the start and handed the car to Aidan after 75-minutes in sixth place, Aidan went about his work driving consistent and quick laps before handing the car to Bill Auberlen in third position.

However, some trouble with the fuelling of the car meant the experienced American had to return to the pits for more fuel, dropping the M6 to the back of the field but still on the lead lap. A timely safety car appearance allowed the car to join the back of the train of cars and Auberlen was able to move the car back into contention. After Foley’s second stint, it was time again for Aidan to take the wheel, this time inheriting the car in 11th place. 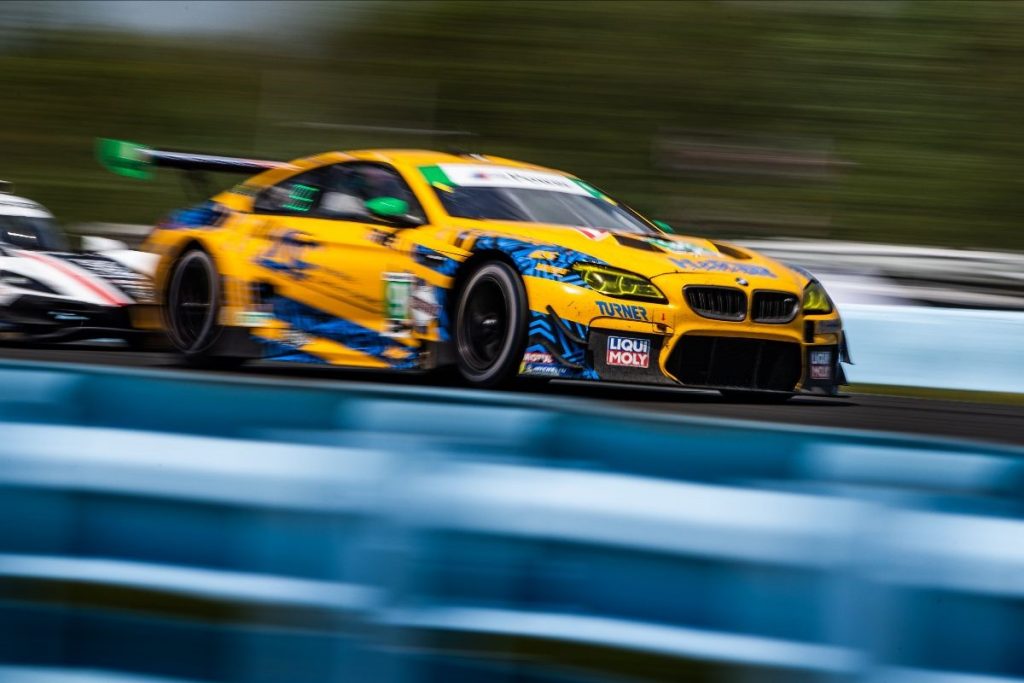 The team and Aidan knew that to have a chance of victory, a spirited stint would require both speed and fuel efficiency and Aidan duly delivered. Lap after lap he moved up through the pack turning competitive times and often the quickest car on track, whilst still maintaining great fuel mileage.

He brought the car through to the front and pitted for what would be the final time, in first place and looking strong with all of his rivals requiring a further stop.

When the Safety Car was deployed with 40-minutes remaining, a 30-second lead was immediately eroded, but the valuable track position was maintained, and it was Turner Motorsport’s race to win. Auberlen duly delivered using his experience to bring the car home cleanly from the position Aidan had built for him.

“Everybody in the team did a great job today and I certainly think I made a significant contribution to the win,” Aidan stated from Victory Lane. “This was probably my best driving performance of the year and in difficult conditions, I am pleased I was able to deliver the pace and consistency required by the team to win in endurance races where strategy and speed are needed. 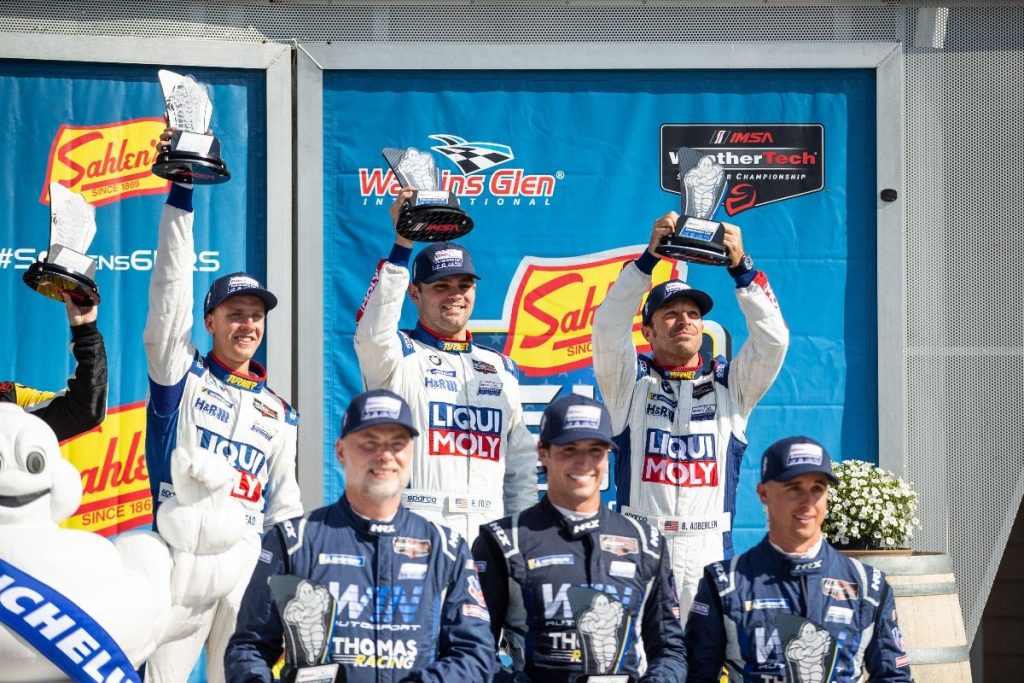 “I think the experience I have gained racing in the ADAC GT Masters GT3 series – where the pace is relentless, and the competition is at the highest level – along with my LMP2 Prototype endurance experience in the Asian Le Mans Series have given me the tools and experience to deliver exactly the kind of drives needed to win in the WeatherTech Championship. I think I proved that today.”