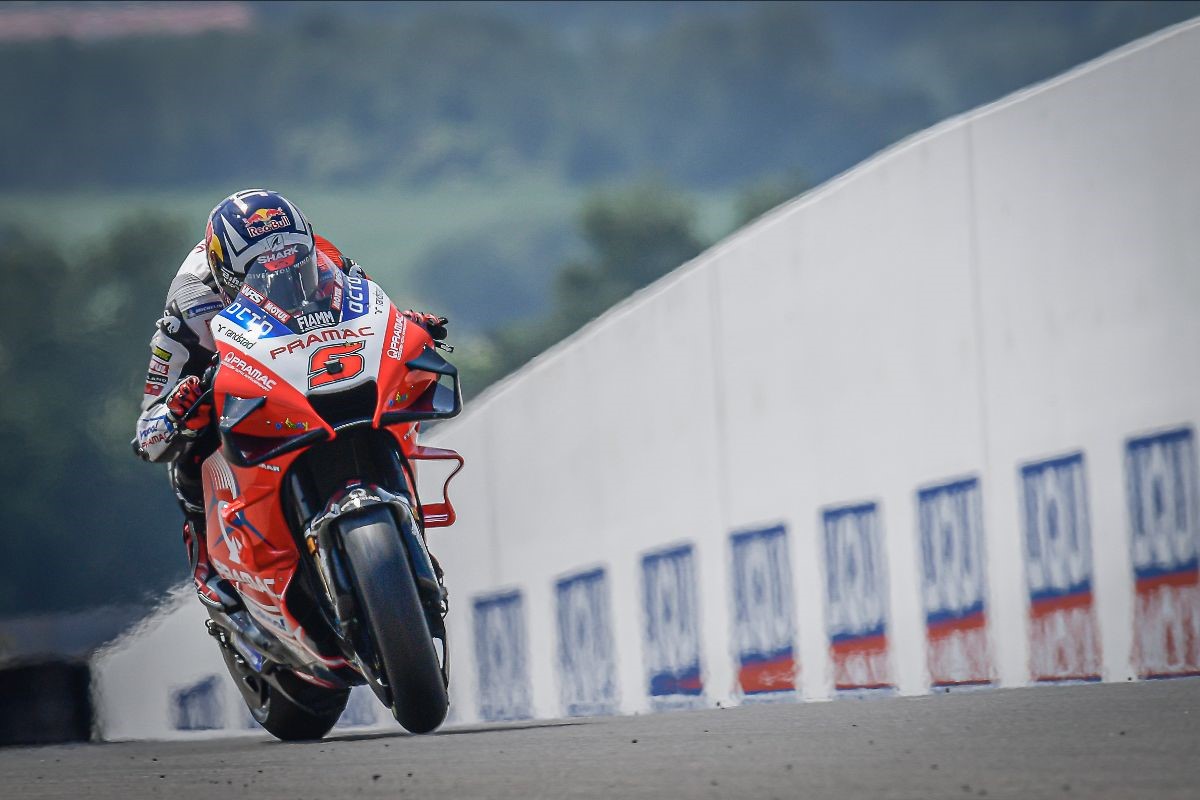 It’s a French 1-2, a Ducati on pole at the Sachsenring despite a crash… and a first MotoGP™ front row for Aprilia.

Johann Zarco (Pramac Racing) pulled a fast one in qualifying at the Liqui Moly Motorrrad Grand Prix Deutschland, the Frenchman just pipping compatriot Fabio Quartararo (Monster Energy Yamaha MotoGP) to pole position by 0.011 – and that despite a late crash. Quartararo is therefore denied a record six in a row for a Yamaha rider but will start second, with Aleix Espargaro (Aprilia Racing Team Gresini) stealing a few headlines in third as he gave Aprilia their best qualifying in the MotoGP™ era and since 2000. 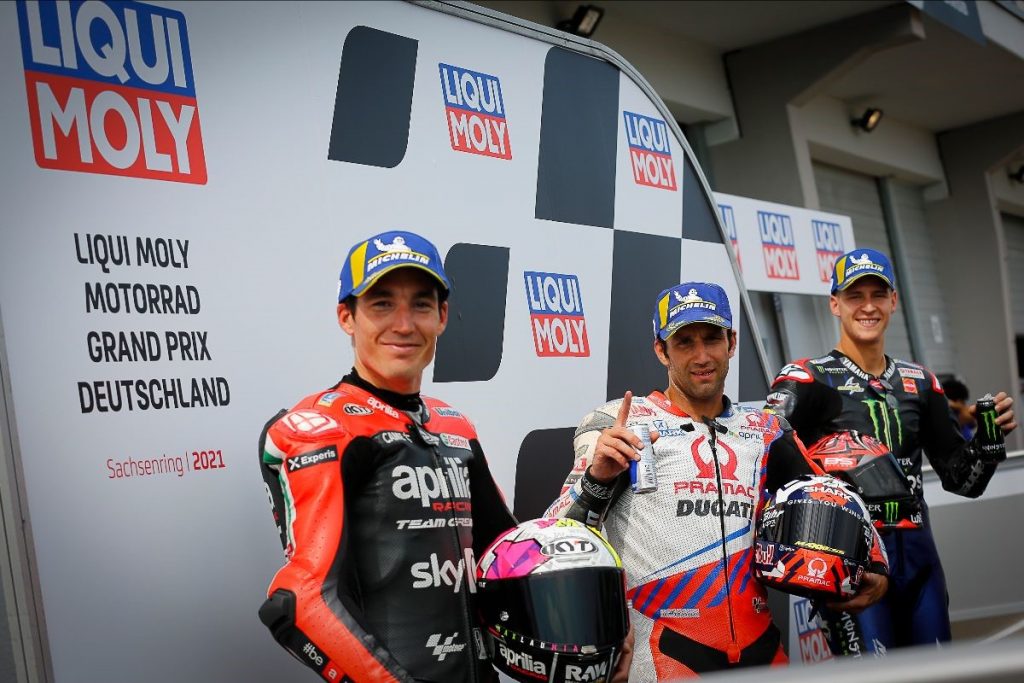 Q1
A frantic Q1 full of superstars eventually saw Alex Rins (Team Suzuki Ecstar) and Pol Espargaro (Repsol Honda Team) progress through to Q2 in Germany, with Brad Binder (Red Bull KTM Factory Racing) marginally missing out and Joan Mir (Team Suzuki Ecstar) and Maverick Viñales (Monster Energy Yamaha MotoGP) both some way off moving through. For Mir it’s his worst qualifying of the season after he was P17, now moving up one after a penalty for another rider, and for Viñales it’s 21st and penultimate on the grid after his worst qualifying in MotoGP™.

Q2
As the Q2 session got underway, it was immediately clear that Quartararo had strong speed, as he dropped the best lap to a 1:20.4. Marc Marquez (Repsol Honda Team) was initially second, ahead of Jorge Martin (Pramac Racing), but that would shuffle after the final push.

As the closing stages of the session came onto the horizon, it looked like Quartararo had done enough, but it would prove to not be the case as Zarco sliced round the Sachsenring with the lap of his life to hustle his Ducati to the top – by just 0.011. The double Moto2™ World Champion then went in pursuit of another hot laptime too but as Zarco tipped into Turn 5, he tucked the front and crashed out of contention, bringing out the yellow flags.

That was also true after a crash late on at Turn 1 for Takaaki Nakagami (LCR Honda Idemitsu), and Jack Miller (Ducati Lenovo Team) – the last man on a push – was forced to settle for fourth as he rolled out.

The Grid
Zarco starts ahead of Quartararo after Ducati’s first pole at the Sachsenring since 2008 with Casey Stoner, and it’s the first French 1-2 since Brno 2020 too. Completing the front row is Aleix Espargaro, taking his first front row since Assen in 2015 and giving Aprilia their first front row since MotoGP™ was introduced in 2002, a historic landmark for the Noale manufacturer. Espargaro is the fourth different rider to give Aprilia a front row in Grand Prix racing’s premier class.

Miller heads up Row 2, just ahead of the King of the Sachsenring: Marc Marquez. Having been eyeing up a front row place for the majority of the session, Marquez dropped to the middle of the second row by the end but it is his best qualifying position since his return. After some time looking for the ideal track position, Miguel Oliveira (Red Bull KTM Factory Racing) ultimately completed the second row in sixth.

Jorge Martin took P7 and makes it three Ducatis inside the top seven, whilst eighth place went to Pol Espargaro after he made it through from Q1. The number 44 was tracking Quartararo for the majority of the second half of the session. He’s joined by fellow Honda rider Takaaki Nakagami, and rounding out the top ten is Francesco Bagnaia (Ducati Lenovo Team), just over half a second from Zarco’s pole time.

Rins could only take 11th come the chequered flag, whilst 12th place went to Alex Marquez (LCR Honda Castrol). Binder and Luca Marini (Sky VR46 Avintia) are next up, with Bastianini then shuffled back and Valentino Rossi (Petronas Yamaha SRT) gaining 15th instead.

QUARTARARO TAKES EMOTIONAL WIN AT MUGELLO AND EXTENDS HIS LEAD