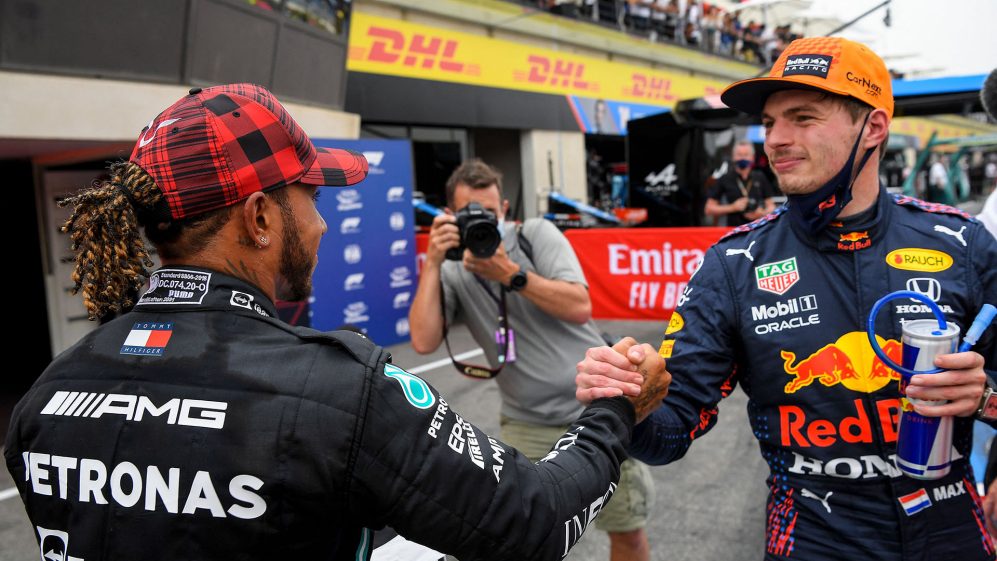 Max Verstappen has taken pole position for the French Grand Prix after a nail biting finish to Q3. The Dutch driver had held almost a half second advantage over nearest rival Lewis Hamilton and looked set to start from pole, only to see Hamilton literally pull a rabbit out of the hat in the dying seconds to better that seemingly unreachable time.

Verstappen was not to be outdone and set purple sector times once more to reaffirm his position at the head of the grid. He became the only driver to dip into the 1min29sec bracket some 2/10ths quicker than second placed Hamilton. Valtteri Bottas and Sergio Perez finished 3rd and 4th to see the Red Bull Honda – Mercedes-AMG Petronas F1 combination as the dominant teams in France. 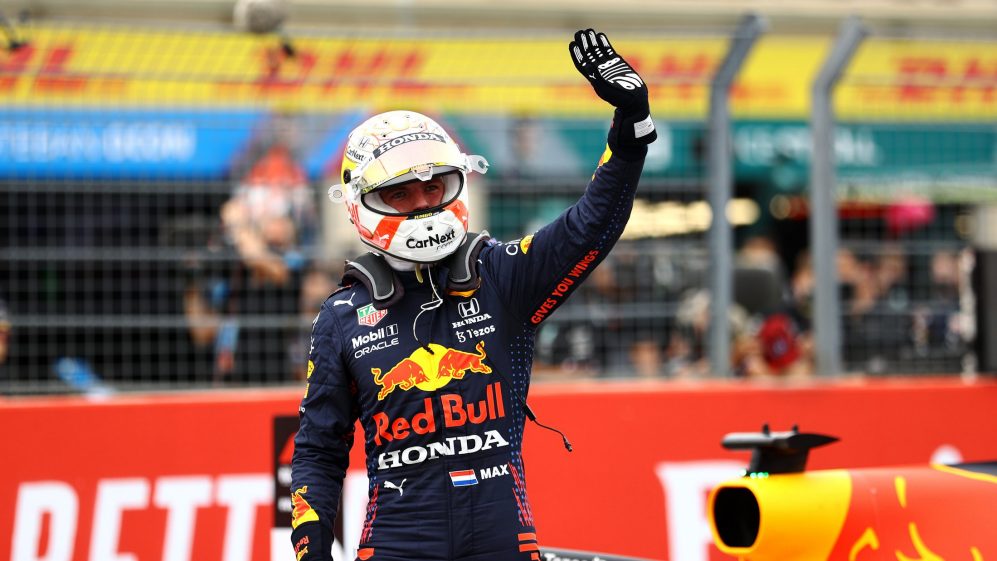 Carlos Sainz, Pierre Gasly, Charles Leclerc, Lando Norris, Fernando Alonso and Daniel Ricciardo completed the Top 10. Positions 3 to 10 were separated by less than a second and Ricciardo was encouragingly just over a tenth of a second behind teammate Lando Norris.

Qualifying got off to a false start when Yuki Tsunoda spun into the barriers early in the session. Despite minimul visible damage, Tsunodo was unable to select a gear and the session was stopped. Track limits then became the concern when qualifying resumed and drivers pushed for a competitive time. Lance Stroll finished the session with a best lap of 2min12sec after having his flying lap deleted for a track limit violation at Turn 6. His second attempt was then derailed by slow traffic as car exited the pitlane in the path of the Aston Martin Cognizant driver. Stroll duly backed off as the red flags came out for a second time in the session.

Mick Schumacher had spun and hit the armco barriers, tearing the left front suspension from his Haas. The German had sat in 14th place and the red flag that followed ensured that he made his way into Q2 for the first time. Unfortunately the damage to his car meant that Schumacher took no further part in the day’s action. Geroge Russell had finished barely a whisker ahead of teammate Latifi to scrape out of Q1, while the late red flag saw an end to Stroll’s hopes of one more lap.

Tsunoda, Stroll, Mazepin, Raikkonen and Latifi were the drivers eliminated at the end of Q1.

Q2 saw Daniel Ricciardo fall perilously close to missing out on the final phase of qualifying. The McLaren driver had looked safely ensconced inside the cut off zone only to see his name tumble down the order as the likes of Leclerc and Alonso leapfrogged the Australian down to 10th. McLaren sent the Australian back out on the less fancied soft tyres as Esteban Ocon tried to snare a place in Q3. When Ocon’s last attempt was only good enough for 11th Ricciardo, who had been on a faster lap, eased off to ensure that his best time had been recorded on the more fancied medium compound tyre.

Ocon, Vettel, Giovinazzi, Russell and Schumacher were the drivers to miss a place in Q3.

Verstappen sat 4 tenths of a second ahead of the rest after the first runs in Q3 and returned to the garage for a front wing adjustment as track conditions changes. Hamilton did likewise before heading out for a second and final run with just 2 minutes left. Pierre Gasly sat in 10th after his first flying lap was deleted for a track limit violation. Just a tenth separated Verstappen and Hamilton in sectors 1 and 2 with the Red Bull taking pole position ahead of his main championship rival.

“To be able to put it on pole here, on a track that has not been our favourite in terms of performance, is very promising and a big boost for the Team,” Verstappen told Red Bull Media. “We really did not expect it so I am of course very happy. Everything has been working really well all weekend and from today even compared to yesterday we made a good improvement through hard work and maximising set-up. I was confident after FP3 but you never really know where you are or what everyone else will bring in Qualifying, so we should be very happy with this performance so far. There is a long run to Turn 1 so we have to get a good start tomorrow and for sure they will be very close but our long run pace in FP2 looked good so I expect another tight battle.”
Second place was not where Lewis Hamilton had hope to be and later said that there was some concern within the team regarding the lack of pace in comparison to the Red Bull Honda.

“It’s a lot bigger than we’d hoped,” said Hamilton of the gap. “They’ve been so fast these past races and jeez… We are pushing and giving everything we can, but I think they’ve just got a strong package at the moment. But we’re close. I think today they were beating us more on the straights. So we’ve got work to do to improve. It’s been a really, really hard weekend, mentally… just trying to get the car into a happy place. You wouldn’t believe how many changes I’ve made since Practice 1, going round and round, kind of chasing the tail… and it wasn’t really making much difference, I was still struggling.

Eventually we made some changes literally 10 minutes before [qualifying] and was like, ‘just go with it, let’s see what we can do’,” he added. “In quali it was much, much better, so I think it will be good tomorrow, but generally yesterday [Red Bull] were quicker than us on a long run, so it’s going to be a challenge to follow. But there’s lots of opportunities tomorrow, hopefully.”

Whilst happier to have finished closer to his teammate, Daniel Ricciardo also admitted there was still more to be claimed from his McLaren.

“It was positive that we got through to Q3 on the Medium tyre, that was definitely a target,” Ricciardo told McLaren Media. “My final lap felt good, and it felt like we had enough pace to be better than tenth. I’m a bit disappointed not to be a bit higher up the grid, but it is what it is. We’re still searching for those extra few tenths over a single lap, so we’ll try to make something happen tomorrow. All in all, I’m pretty happy with the performance. Everyone’s fast right now and the times are so tight, so we’ll work to keep finding pace.”