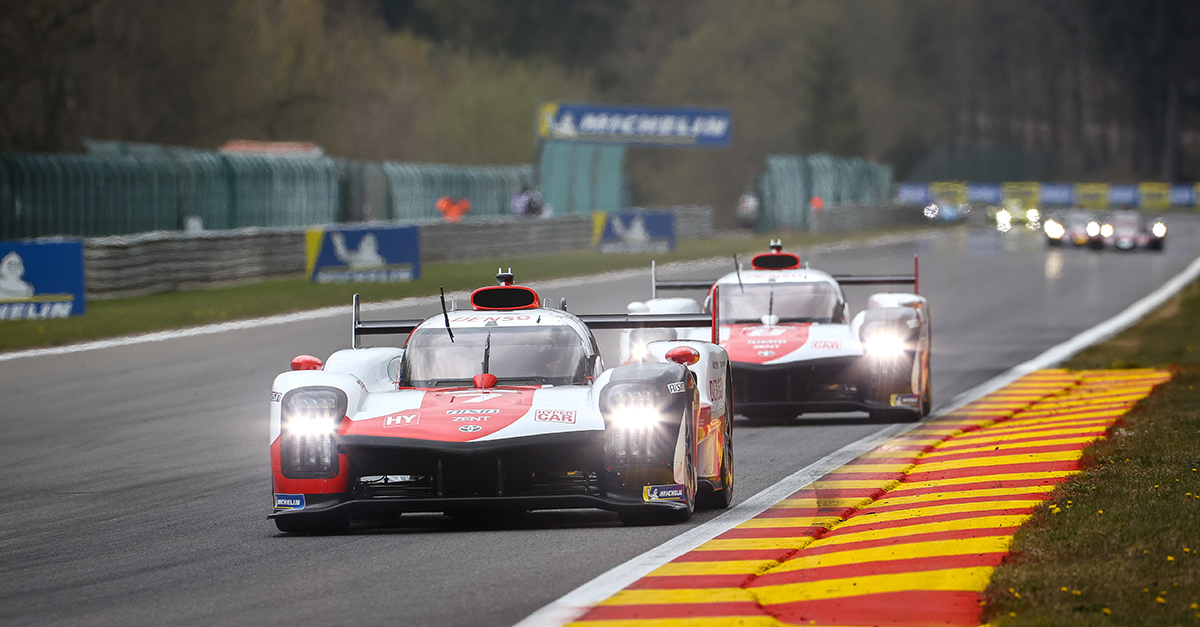 TOYOTA GAZOO Racing began the defence of its FIA World Endurance Championship (WEC) title with opening practice for a closely-contested Total 6 Hours of Spa-Francorchamps in which multiple cars will fight for victory in Belgium.

The two GR010 HYBRIDs took part in their first official WEC session of 2021 following a busy pre-season testing programme for the new four-wheel-drive Le Mans Hypercar. Lap times were very close, with the top 11 cars covered by less than a second as the team ran through a programme of mechanical and aerodynamic set-up evaluations to optimise the cars ahead of Saturday’s race.

The LMP2 cars confirmed they are genuine candidates for victory with another strong showing, following a trend already established in the Prologue. They again out-performed the new Hypercars, which is by regulation slower than its all-conquering LMP1 predecessor. The #22 United Autosports entry recorded the fastest lap of 2mins 4.083secs.

Today’s single practice session began under grey skies with air temperature of only 6°C, significantly lower than those experienced during the Prologue on Monday and Tuesday, when the GR010 HYBRIDs recorded a total of 290 laps to bring the team’s pre-season testing programme to a close.

Since the chequered flag on Tuesday, engineers on both cars have worked hard together with the drivers to analyse performance data with the target of improving set-ups around the legendary 7.004km Spa-Francorchamps circuit. That required plenty of track time and the GR010 HYBRIDs completed a combined 67 laps, 469km, gathering useful information to the engineers.

The team now prepares for an intense Friday, which sees two further practice sessions prior to qualifying in the evening when, with so little time covering the leading cars, a close fight for pole position is expected. 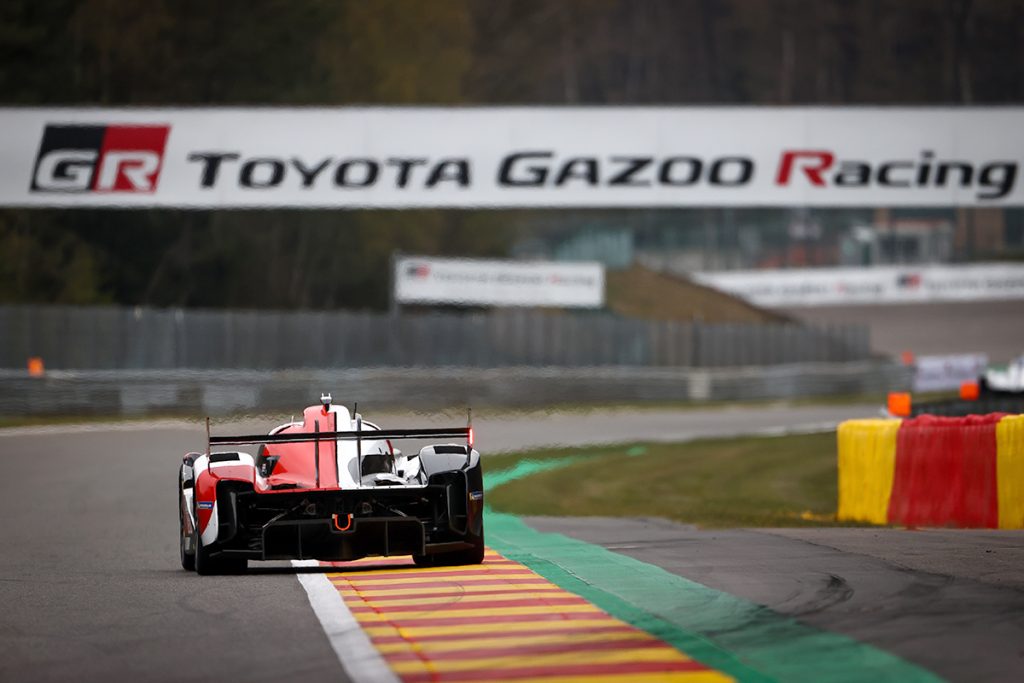 Mike Conway (GR010 HYBRID #7): “It was good to be back on track. We didn’t do a huge amount of laps on our car but it felt okay. We did some long run work and it went pretty well; in the cooler conditions the car balance felt better. We were working on getting things dialled in and I am looking forward to doing more running tomorrow before qualifying. The LMP2 cars look very strong here but we will see what happens through the rest of the week.”

Kamui Kobayashi (GR010 HYBRID #7): “There wasn’t a lot of running today so it’s hard to get a clear picture of where we stand, but it followed the same pattern like the Prologue and this wasn’t a surprise. We need to get more mileage with our car to understand everything better, especially after we lost a lot of running during the Prologue. It’s not been a perfect week so far for the #7 GR010 HYBRID but we are working hard to improve that tomorrow.”

José María López (GR010 HYBRID #7): “We got to run more laps with the car, which is good because we lost a lot of running time during the Prologue. The lap times are what we expected based on the simulations. We are just trying to understand the car because this circuit treats the tyres differently, it suits the car differently and is quite a particular circuit. We are trying to make progress, adapting our set-ups and understanding the tyres and for sure we are getting better. So we need smooth sessions tomorrow to achieve that, which is our priority.”

Sébastien Buemi (GR010 HYBRID #8): “I am happy to do more laps and pleased to officially start the season. I enjoyed being back in the car and it felt like we are starting to put together a decent set-up, even if the lap time isn’t where we would like it to be. It was good to have a fully dry session, which is always welcome here in Spa; hopefully it will stay like that for the rest of the week. Now we have some good data to analyse and we will work hard to improve further tomorrow.”

Kazuki Nakajima (GR010 HYBRID #8): “It was okay today. Compared to the LMP2 competitors we are still a little bit behind, but I had a better feeling on the car than I had in the Prologue and it’s good to have a challenge. We found some different solutions and I’d say feeling-wise it is more positive. The balance felt better, although I had some laps on new tyres which helps. The car felt better and easier to handle but there is still some work to do.”

Brendon Hartley (GR010 HYBRID #8): “We had a pretty smooth practice on our car, getting through our run plan. We made a few set-up changes but the track conditions were a bit different compared to the Prologue as the sun has disappeared; I am not sure we will see it again this week. Since the Prologue we had a few different set-up options to test and we need to analyse how these affected the balance. It’s all part of a process to get comfortable with the car and get it in good shape for the race.”